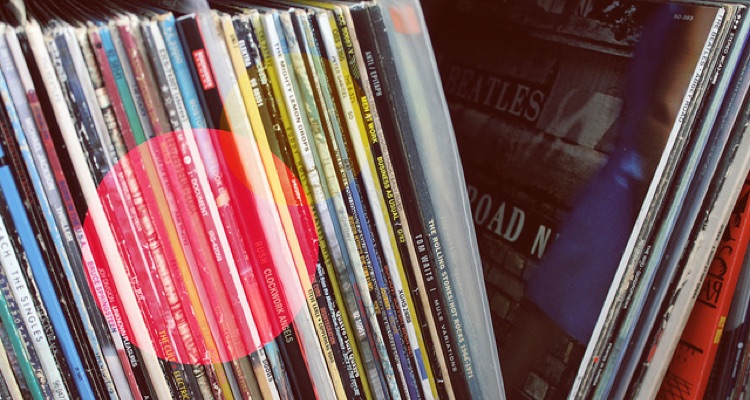 LP sales are at their highest since the 90s. But who is buying vinyl records? New data is now offering some surprising answers.

LP sales are absolutely exploding, though surprising stats are now emerging on who is actually buying vinyl records. According to a new ICM poll, nearly 50% of vinyl buyers are under the age of 35.  Approximately 16% of people buying vinyl records are aged 18-24 and 33% are aged 25-34.

That flies in the face of previously-held notions of the typical vinyl buyer. One stereotype is that baby boomers are rushing back to record stores to relive their younger years. Indeed, many older people trashed their vinyl collections in the 90s in favor of CDs, and sorely regret that decision. And make no mistake: the older set is buying vinyl records. But they’re actually outnumbered by younger people who weren’t around during vinyl’s original heyday.

But why are younger buyers flocking to this older format?

One of the reasons is rather shallow. A growing population of young people are buying vinyl as a fashion statement. Indeed, some argue that this is merely a trend — and that’s a big concern for prospective investors. Case in point: vinyl records are even for sale in the American multinational retail store, Urban Outfitters, now one of the largest vinyl retailers in the world. 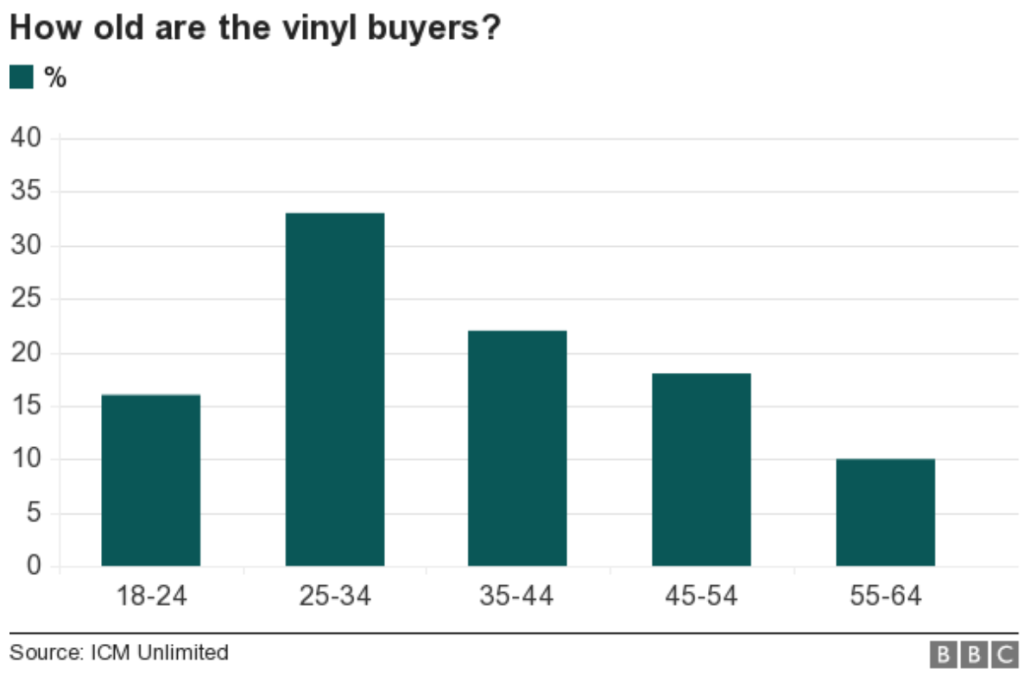 Complicating matters is that 50% of people who are buying the records aren’t even listening to them. In fact, stories abound of younger vinyl buyers who don’t even own a turntable, though they might purchase one in the future. On that last point, turntable manufacturers like Victrola are responding to the surge in vinyl record-buying interest by expanding their low-end product line. Other manufacturers jumping into this game include Jensen, Sony, Audi0-Technica, and Crosley.

Then again, vinyl is one of the most expensive ways to consume music. So you might expect that the older generation — who generally have a higher disposable income — to spend on higher-end vinyl records. That certainly seems to be the case with pricey equipment like turntables, wifi-enabled speakers, and headphones. But when it comes to actual vinyl records, it all sounds like more conventional wisdom, none of which predicted the vinyl resurgence in the first place.