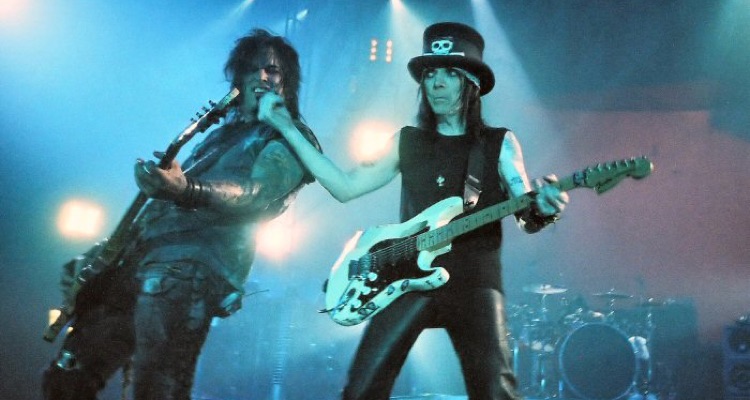 Nikki Sixx, a founding member of Mötley Crüe, says YouTube is exploiting the artists that built it.

Nikki Sixx, co-founder of hugely-successful 80s rock band Mötley Crüe, is the latest artist to slam Google for its low royalty payments on services like YouTube, according to The Guardian.  Sixx and Mötley Crüe enjoyed massive MTV spins back in the 80s, thanks to hits like ‘Smokin’ in the Boys Room,” “Girls, Girls, Girls,” and “Dr. Feelgood,” all classics on YouTube as well.

Sixx, alongside his Sixx:A.M. bandmates have teamed up with other musicians to take a stand against YouTube by campaigning for fair payouts.  Collectively, they aim to get the streaming platform to raise its royalty rates, and to improve its standing as the lowest-paying streaming platform on the market.

YouTube pays a paltry sixth of what Spotify and Apple Music pay, according to Sixx.

”We’re not telling them how to run their business… we’re saying treat artists fairly the way other streaming services are.  And by the way, we are a big part of what built your business: music is the No. 1 most-searched thing on YouTube.”

Sixx says that Google has changed its corporate motto from ‘Don’t Be Evil’ to ‘Do the Right Thing’, and the only thing that they ask of Google is to stick to their motto and simply “Don’t be Evil! And do the right thing as far as artists are concerned, for the fans.”

A spokesperson for YouTube defended themselves against the campaign brought forward by Sixx and others:

”Google has paid out billions to the music industry, and we’re engaged in productive conversations with the labels and publishers around increasing transparency on payouts.”

The spokesperson then continues to say that they are ”also working hard to bring more revenue to the music industry through our subscription service, as well as continuing to grow our ad-supported business, which allows artists and labels to monetize the 80% music listeners who historically have never paid for music.”

The campaign for higher royalty payouts for artists on Google’s services comes after a string of open debates and conversations regarding YouTube and its devaluation of music and its exploitation of artists.  IFPI and EU officials are in agreement that Google isn’t doing enough for artists, and that its Content ID system isn’t working effectively to prevent copyright infringement.

The US Copyright Office also conducted a public study into the effectiveness of DMCA ‘safe harbor’ provisions, which Google responded to in an 18-page letter testifying that its services — including YouTube — are in fact fair for artists.  Part of that pushback now features Google claiming that music devaluation is one big industry ‘myth’.