Breaking: Led Zeppelin Is About to Win Its ‘Stairway to Heaven’ Case… 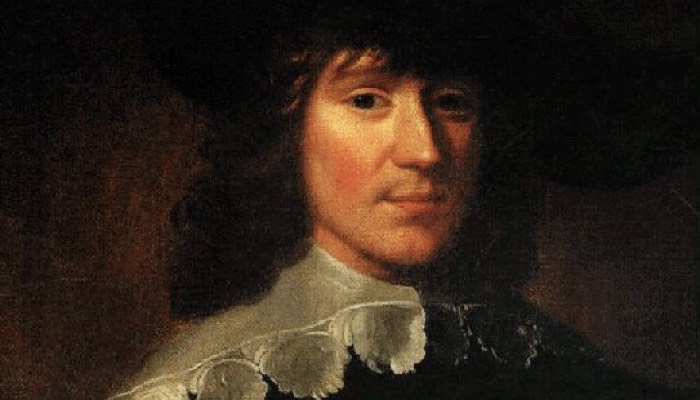 Giovanni Battista Granata, the real author of ‘Stairway to Heaven’

Against near-certain defeat, Led Zeppelin is being offered a desperate, last-minute deal.

Last week, a commenter on Digital Music News single-handedly dismantled a massive copyright infringement case against Led Zeppelin involving ‘Stairway to Heaven’.  Now, attorneys bringing the case against Zeppelin appear to be desperately trying to work out a deal.

The case against Zeppelin, raised by the band Spirit, accused the legendary group of stealing the pivotal guitar progression in ‘Stairway to Heaven’ and minting millions off of the song’s popularity.  Unfortunately for Spirit, it turns out that progression is actually in the public domain, appearing as early as 1630 in an Italian baroque composition for stringed instruments.

That will undoubtedly become a critical part of Zeppelin’s defense early next month, with jury members almost certain to dump the case after hearing the soft ‘Stairway to Heaven’ melody in a 17th century pre-Classical work.  In fact, sources to Digital Music News have confirmed that Zeppelin attorneys are almost certainly going to play recordings of the centuries-old composition (and perhaps others) in what appears to be a slam-dunk case.

Against that near-certain defeat, Spirit’s legal team is desperately trying to secure a settlement before a jury has a chance to deliberate.  The apparent deal: an offer of a $1 fine in exchange for a juicy writing credit.  “Lawyers suing members of rock supergroup Led Zeppelin say their client is willing to settle a lawsuit over the band’s most famous song — a claim potentially worth millions of dollars — for just $1,” Vernon Silver of Bloomberg just shared.

Spirit’s attorney, Francis Alexander Malofiy, confirmed that information, telling Bloomberg, “It’s always been about credit where credit is due.”  But here’s the kicker: that little ‘credit’ would apparently amount to $40 million, based on a quick read of Jimmy Page and Robert Plant’s $60 million, ten-year accord with Warner/Chappell Music Publishing (and Bloomberg’s foggy calculations).

The obvious elephant in the courtroom is that the real writing ‘credit’ should probably go to Giovanni Battista Granata, the 17th century Italian composer that penned this piece (listen around 0:32 for the kicker):

Lawyers watching the case have noted that Zeppelin would be extremely foolish to accept the latest deal, especially given the fresh evidence that has come to light.

Malofiy, who specifically represents the estate of Spirit singer Randy California, also faces another challenge.  Aside from ‘Stairway to Heaven’ basically existing for nearly 400 years, another piece with exactly same riff also surfaced from the late 1950s.  That track, performed by Davey Graham in the late 1950s, could have easily been the inspiration for ‘Stairway’.