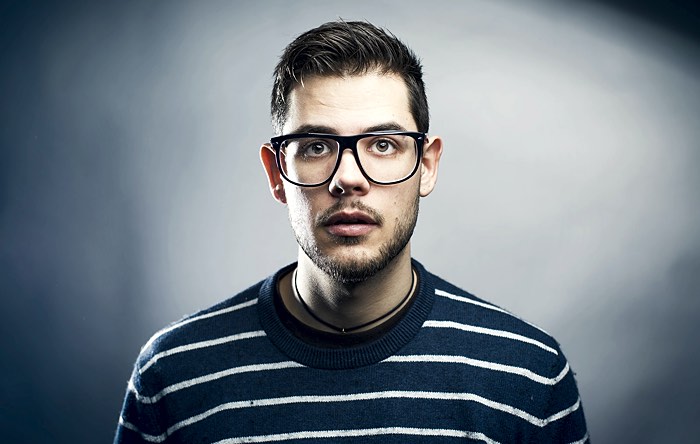 “Millennials have short attention spans and constantly move on to the next new thing.  When it comes to music, if a song is a month old, it’s ‘ancient,’ they don’t want to hear it anymore, they want something new and they want it now…”

This is a statement you’ll hear made by Gen Xers and Boomers, as well as Millennials who self-identify as “generation fluid,” not wanting to be defined by their demographics and wishing they “were born in a different generation.”  Shit, I’ve probably said something similar to that statement.  The fact of the matter is, this is a statement that’s been uttered about every generation when it comes to music, and the more startling fact is that it’s actually less true of this generation than any previous generation (actually, the more startling fact is that I’m about to defend Millennials).

To prove this, we’re going to use the Billboard Hot 100.  Some may argue against this, but Billboard is THE trend tracker, adjusting their rules and weights over the years to best display what is being listened to/consumed the most.  It’s a sales, airplay, and streaming chart all in one.  And it tells us that in the 1970s and 1980s, there were far more hits than there were in 2015.

In 1980, while over 80 songs made their way to the top 10 of the Billboard Hot 100, only 18 stayed there for 10 or more weeks, with the longest stay in the top 10 notched by Queen’s Another One Bites the Dust (15 weeks).  Now, before you accuse me of cherry picking a year to prove my point, it should be noted that it gets worse as the decade goes on… from 1985 to 1989, only two songs had double digit runs, Phil Collins’ Another Day in Paradise and Dionne and Friends’ That’s What Friends Are For both spent 10 weeks in the Top 10.  Hundreds of songs hit the top 10 in that 5 year span, and TWO lasted 10 weeks.  The rest were in and out faster than a hooker at a convention for premature ejaculators.

“Millennials just don’t get sick of songs as quickly as people did ‘back in the day.'”

So how can this be?  I mean, these kids today with their Instagrams and their Xboxes and their non-existent attention spans (AMC considered making theaters available to Millennials who would want to text during a movie because these kids today can’t watch a movie without also being on their phones you know!), there must be a reasonable explanation!  Well, if you have one, feel free to post it in the comments below.

I’ve considered a number of angles… maybe there’s not as much competition now?  Well that’s simply not true, in fact there’s more than ever. Everyone and their brother can record something in their basement these days, you don’t need a multi-million dollar studio.  And the Internet turns things that would have been obscure jokes into major hits.  Psy’s Gangnam Style was #2 on Billboard’s Hot 100 BEFORE they started counting YouTube views (in fact, it was because it didn’t hit #1 despite clearly being the most popular song in the world that they added YouTube stats to their tracking).  When they did start counting YouTube views, the first song to really take advantage of it was Baauer’s Harlem Shake, a song that sat at #1 on Billboard for 5 weeks just on the strength of an Internet meme.  Based on this, Billboard’s charts should be a revolving door now more than ever, no song able to ever really hold the throne for more than a couple weeks

Maybe the industry isn’t pushing music the way it used to?  We know that recorded music sales are way down, so it would make sense that the labels don’t want to spend the money to promote music that’s just going to earn them fractions of pennies in streaming revenue.  But who needs money when you have social media?  Beyoncé’s “secret album” (the self titled Beyoncé) released at the end of 2013 debuted at #1 on Billboard’s Top 200 (their album sales chart) completely on the strength of social media and word of mouth.  She did zero promotion, not even teasers leading up to it.  One day there wasn’t a new Beyoncé album, the next day there was and it was all everyone was talking about.  Taylor Swift just has to tweet that her new video is out and it’s the most watched thing that day on YouTube.

Maybe new songs just don’t come out quickly enough?  The Hot 100 is a singles chart after all.  Except rule changes over the years have allowed basically ANYTHING to be considered a single.  “Back in the day,” when people apparently had great attention spans and played outside and drank from garden hoses and blah blah blah, there was a narrow definition of what a single was, and only those songs could end up on the Hot 100.  Now, every song on an album, mixtape, or EP is fair game if people are buying it individually or streaming it.  And the old method of “send a single up the charts, wait until it’s dying, and then release the next one” is a tactic that’s either been forgotten or ignored, probably because Millennials have short attention spans so why wait, right?

In 2013 when Bieber released Journals, he released a new song every week for 10 weeks to promote it.  When Zayn broke off from One Direction and announced the release of his new album, he was promoting new songs left and right.  However, his first one, Pillowtalk, is the only one still on Billboard, sitting at #5 as of writing this (and enjoying an 11 week run and counting in the top 10).  If these kids had such short attention spans, wouldn’t Pillowtalk have been supplanted by Like I Would, or one of the other songs on his album?  Apparently, they aren’t sick of Pillowtalk yet.

Maybe music’s just not as good as it was?  Clearly, there were just so many awesome songs coming out back in the day that there’s no way anything could stay in the top 10 for too long.  Yeah, Men at Work, Toto, Culture Club, Duran Duran, and Dexys Midnight Runners were so much better than what we have now.  How could anything stay in the top 10 with such masterpieces as Der Kommissar and Puttin’ On The Ritz tearing up the charts in ’83?!

No, the best explanation seems to be this: Millennials just don’t get sick of songs as quickly as people did “back in the day.”  No one wants to hear it, but your generation wanted “new and now.”  This generation seems content to listen to Rihanna’s Work (12 weeks and counting in the top 10) until the batteries run out of that phone they can’t be separated from.

NOTE: Buckley’s been listening to the same mix CD in his car since 2008.