Apple Just F’d Me With Beyoncé and the iPhone 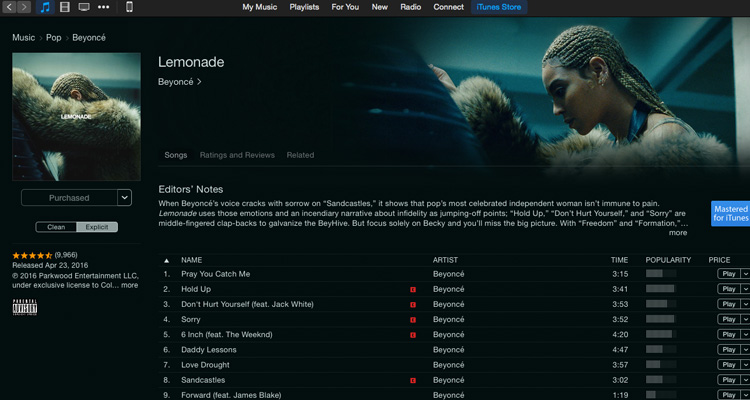 I just bought a new iPhone 6 plus. I know, I’m behind. I’m already regretting this decision, though. Over the past week I’ve been on the phone with a senior apple support person three, count em, three times – for at least an hour each.

I’ve been an iPhone user since 2008. I believe it was called 3G then? And I’ve worked through the Apple ecosystem ever since. Over the years, though, Apple has gone through many failures which still haunt users today. Remember Ping – Apple’s social network which came and went before many realized it existed? Well, we were told as musicians to create accounts and that it would be THE new way fans would interact with us. So I gave it a whirl. No big deal to try, right? Except that I had to create a new Apple ID for Ping. Fine, but then that Apple ID got logged into iTunes and I made some purchases with it back in the day. Then that Apple ID found its way to my iPhone.

Remember MobileMe? Another less than stellar Apple pursuit (eventually replaced by iCloud) which I got into bed with to be able to sync my iCal to my phone and MacBook. The problem, though, was they made me create another Apple ID to do this – @me.com. But all the while I had another Apple ID that I had been using for iTunes (in addition to the Ping ID).

Oh and somewhere along the line when iCloud launched it automatically created ANOTHER Apple ID. So now I have 4 Apple IDs – only one of which I regularly use, but because they’re all tied to past purchases I can’t just drop the ones I don’t use.

There’s no way to condense all of these Apple IDs into one. No way to merge. Even though I’m the owner of all of them and have made purchases with all of them. Major failure.

Some glitch made it so I couldn’t log out of an old Apple ID and the senior support guy had to involve Apple engineers to get it all sorted out.

A week later I’m back up and running.

But then, I bought Beyonce’s album Lemonade. 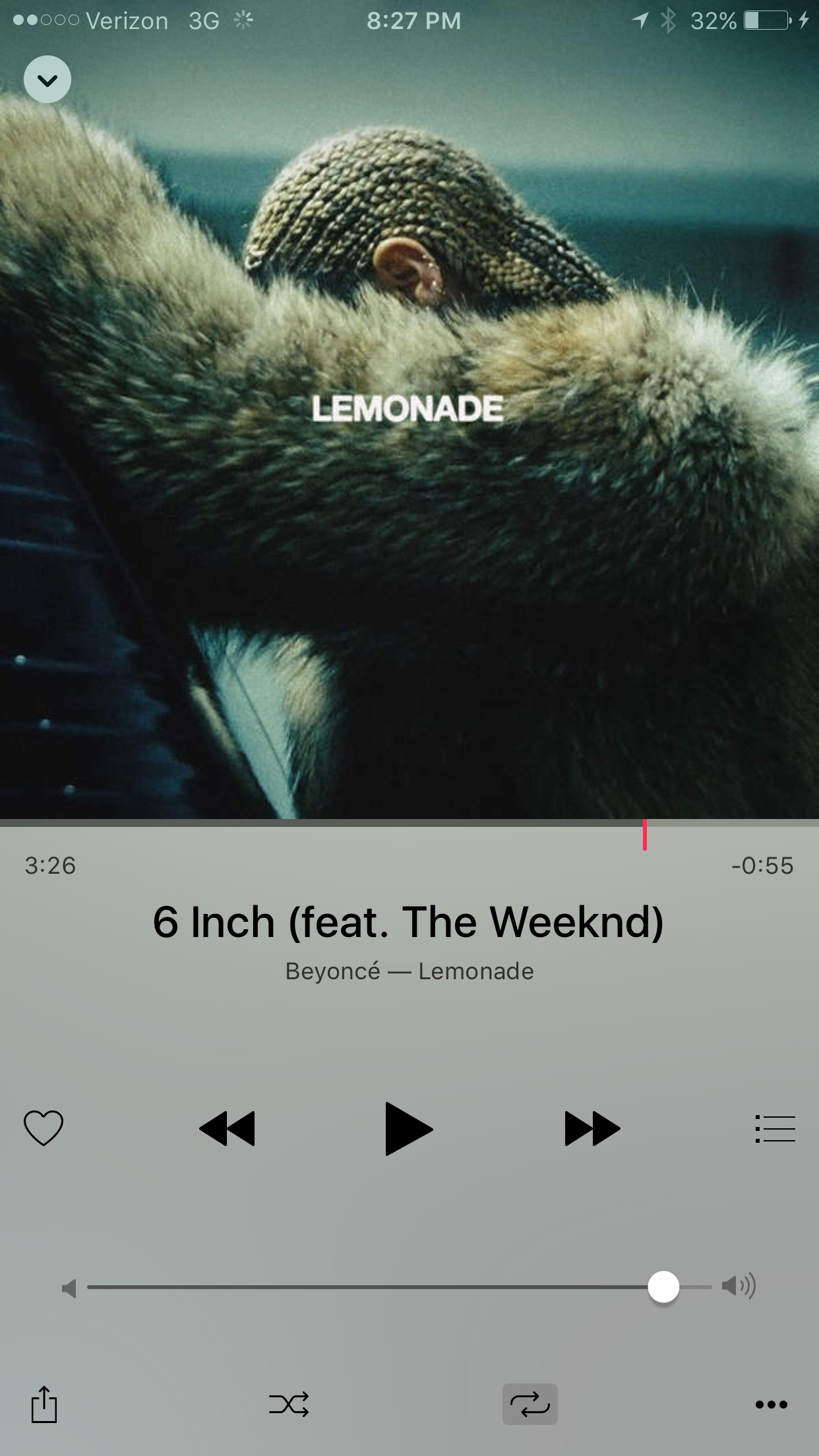 I wasn’t able to download any more music on my 64GB iPhone 5s because I ran out of space, but now with the 128GB I have some space to fill. So yeah I ponied up the $17.99 and got her album and film.

I’m a Spotify user and the record is not on Spotify – and I wanted to watch the film. I don’t recommend indie artists withhold their music from Spotify, though. Windowing like this doesn’t work for non-superstar artists. All of the press and promotion you put into the release will mean nothing if passive fans (and potential new fans) can’t listen to it on their streaming service of choice. Of course, artists should choose to do what’s best for their specific circumstances, but indies can not and should not model their release strategy off of superstars. They are playing completely different games.

But QueenBey can do what she likes. As can Adele and Taylor Swift. They have the star power to demand attention no matter where their music lives.

I was listening to Lemonade on my iPhone (in the Music app) in my car parked at home. There is a phenomenal sound system in my Highlander and it’s my favorite place to listen to music. I put my seat back, closed my eyes and cranked it up. But then, like your mom pounding on your bedroom door as you’re losing your virginity – the music abruptly cut off. Ah! I was in a trance. Taking it in. What. The. F*ck.

I looked at my phone, yup battery level was fine. I even had put on Do Not Disturb so no phone call would interrupt the experience. Yeah, service at my place is shitty, but this shouldn’t have mattered, I DOWNLOADED the album. Right? What happened? I thought, well, maybe for some reason it was trying to stream it or something. I don’t know why or how because, again, I paid SEVENTEEN DOLLARS and NINETY NINE CENTS for this thing to live on my goddam phone even (especially in shitty service areas). So I turned on airplane mode to just disconnect from the internet completely.

But then, my heart sank.

All of my music disappeared. 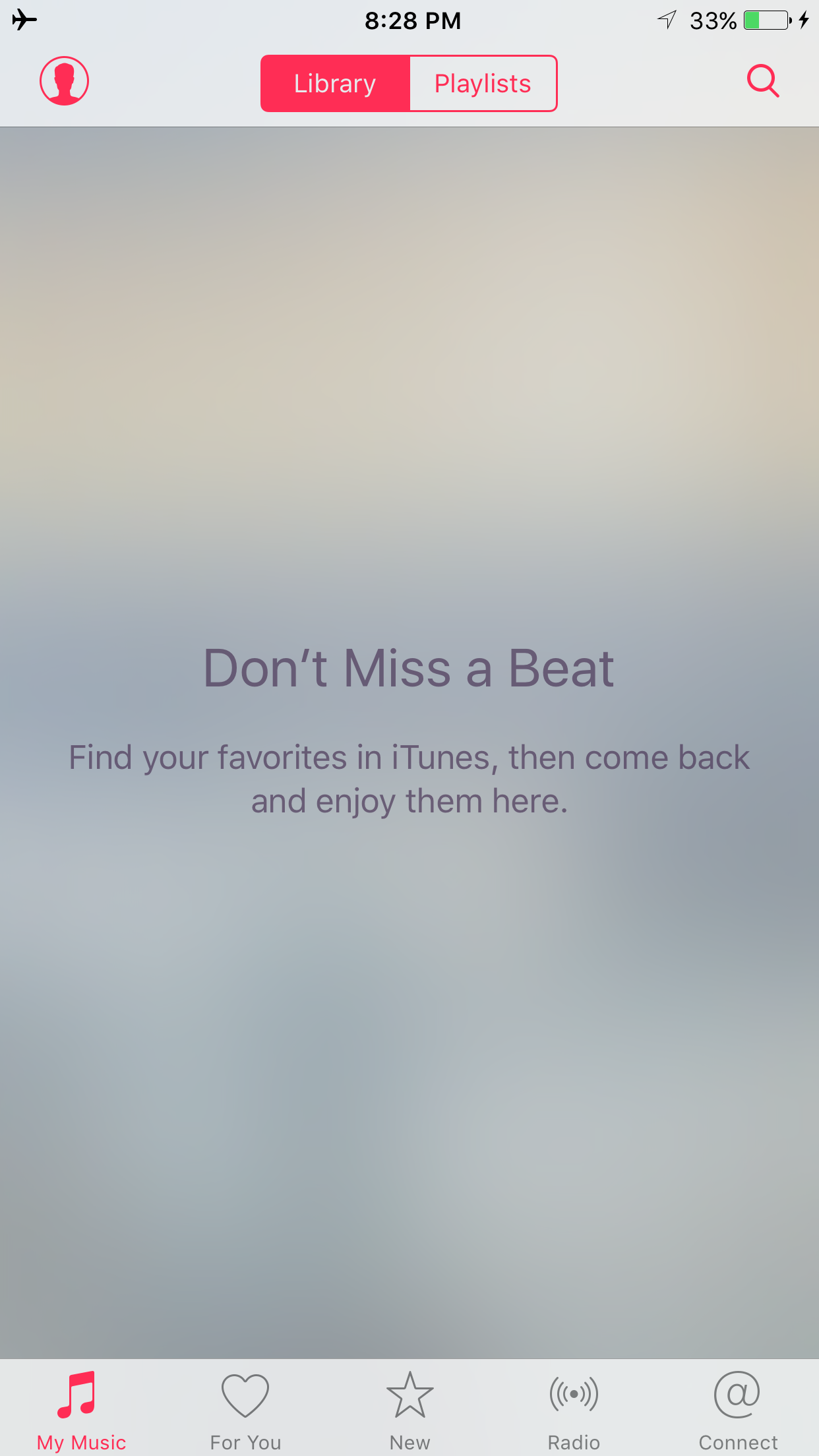 I started investigating. Lots of my music was completely missing. My entire Prince catalog (all 6 albums) disappeared. All of my original music that hasn’t been released – demos, song ideas, co-writes, unreleased tracks, live recordings. Gone.

So I put my car seat back up, grabbed my sh*t and marched into my place with Wifi to try and figure out what happened.

It seems that even though I’m not an Apple Music subscriber somehow it was only playing songs that it could sync from Apple Music, or something (Prince is not on Apple Music). Honestly, even after all my Googling and message board reading I STILL don’t know what’s going on. I read that I could make individual songs/albums available offline – but that is a feature of Apple Music. What about all of my songs that had been living on my iPhone?

I plugged my iPhone into my MacBook (with a damn cable – to be extra cautious), re-synced my songs and I got it all back.

But what happened? My songs were there initially when I did the full transfer from the 5s to the 6+. Then I think a Wifi sync happened or an iCloud thing happened or, I honestly don’t know.

This shouldn’t have happened. What ever happened to the Apple of “it just works.” 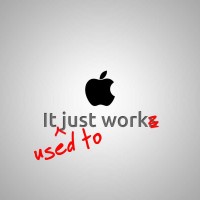 Nothing seems to just work any more with Apple. It’s really too bad. It seems the company just can’t succeed without Steve Jobs at the wheel making sure these seemingly tiny inconveniences don’t occur.

But these aren’t tiny. It ruined my listening experience. You only get to experience an album for the first time once and Apple killed that for me.

And also wasted 5 hours of my life on the phone with support.

What’s happening Apple? I used to love you so much.