YouTube Is Underpaying Artists and Getting Away With It 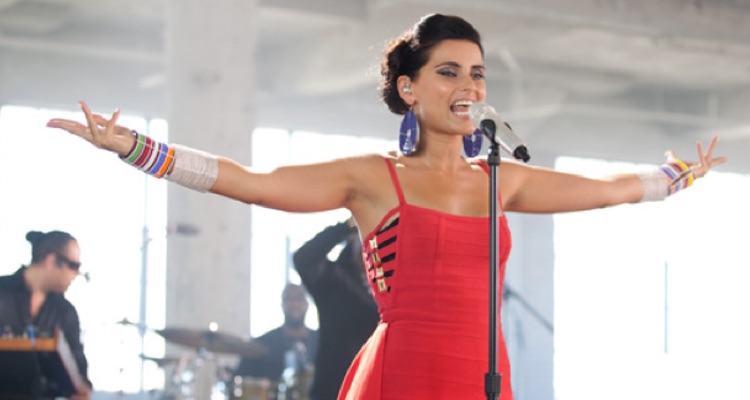 We need to ”wake up and smell the coffee”…

Canadian singer-songwriter Nelly Furtado joins Nikki Sixx, Debby Harry and other musicians who are standing up against YouTube and campaigning for fair payouts.

In a recent blog post for The Guardian, Furtado discusses the ongoing issues that artists are having with YouTube and tells the streaming platform a few well-deserved home truths.  Furtado looked further into the debate and decided to educate herself on the topic before slamming the streaming service and its owner — Google — for having ”a lack of transparency and a lot of spin going on.”

”I love YouTube, but I think it is underpaying and getting away with it. ‎ I know the truth hurts, but someone’s got to tell it.”

Furtado breaks down her argument into four major points.  She says…

Furtado brings up the valid point that the streaming service ”is ultra-efficient at removing anything pornographic or beyond certain limits of taste,” but lacks the effort when it comes to ”artists’ music, publishers, and labels”.

She then takes a major hit at Google by saying that the streaming platform ”is owned by a technology company with the ability and resources to solve the problem,” yet Google chooses not address the issue and instead has been ignoring complaints by musicians for a very long time.

Google is constantly under fire for its lack of care when it comes to monitoring copyright infringed works on its services.  Yes, YouTube has recently updated it Content ID system as a result, but is this really enough?

2. ”The revenue to labels and artists, per user, is much lower from YouTube than from streaming services.”

Furtado calls for ”proper payouts” and simply tells YouTube to ”pay the creators of all this intellectual property properly.”  Then, in a slightly sarcastic comment, Furtado says that YouTube know what they are doing is wrong and that she knows deep down that the service really loves music.

3. ”It is ludicrous to compare Google/YouTube to radio.”

Furtado rightfully points out that ”Radio is programmed analogue streaming” that is more restricted than streaming platforms in the sense that it is not on-demand.  Furtado then says…

”While it is true that YouTube pays more than nothing, that does not make it fair.”

4. ”Even Pandora pays around twice as wmuch to artists and labels as YouTube does.”

Furtado says that Pandora’s service offers ”so much less that YouTube” but yet it still ”pays double what YouTube pays.”

She goes on to say that herself and the ”independent community is asking for a minimum per-view guarantee” which is equal to existing services (at the very minimum) like Spotify which have a free tier.  But, should be ideally aiming to pay out more, as ”video has a higher value than just audio.”

”Prince’s death reminds all of us artists to wake up and smell the coffee.”

”Let’s fight for the future of what Prince helped to create: The Holy Church of Music.  My message to YouTube is: put a little more in the collection basket when you come to pray here, please.  Amen.”