10 Ways You’re Boring Your Audience (Without Even Realizing It) 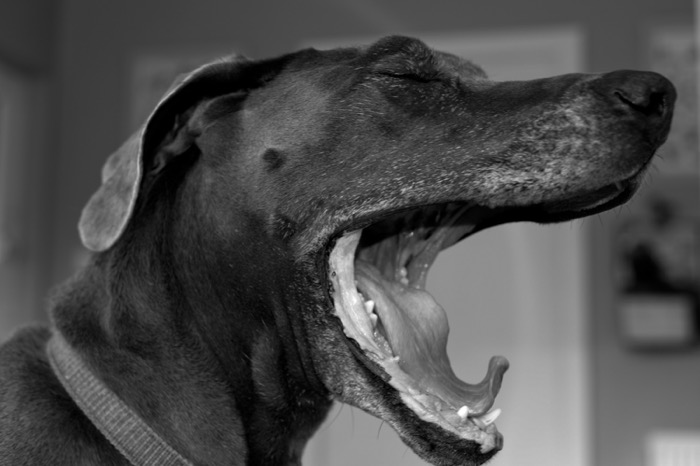 The greatest bands create great memories and a total escape at their shows.  If that’s not happening for you, here are the most common reasons why audiences disengage and what you can do about them.

Most artists are earning a huge percentage of revenues from live shows, not recordings or publishing.  So why are so many artists slaving away to get the perfect recording, but just winging it at gigs?  That was a major focus at Canadian Music Week in Toronto this week, with recognized live performance coach Tom Jackson breaking down the reasons why some bands are completely boring their audiences.

#1. There’s no vision for the experience being created.

What kind of experience do you want the audience to remember?

It’s critical to think about what you want to create and deliver from the stage.  If you’re just getting up and playing songs, that’s flat and uninspiring, and it won’t attract heavy ticket sales or convert people who happen to be there (for example, if you’re an opener).  Even worse, you won’t be converting zealots and contagious word-of-mouth (of the good kind).

Instead, approach your live performances by conceptualizing exactly what you want fans (and converted fans) to experience.  Construct something unique, crazy, and totally inline with your band’s personality.

#2. Playing for yourself first, the audience second.

That doesn’t mean don’t practice, but it does mean putting the emphasis on aspects that are likely to engage audiences and create an incredible experience.  Stage movements, theatrics, lighting, pyrotechnics, props, and even on-stage comments should be given a lot of weight.

“If the hair’s raised on their arms, they like you.  You win.”

A lot of artists want to be spontaneous and raw on stage, though that is often a surefire recipe for boring shows.  The reason is that ‘spontaneous’ often means ‘winging it,’ which means you’re jamming but not connecting.  You simply can’t think through enough interesting and engaging ideas on-the-spot.  According to Jackson, the key is to pour spontaneity into form, including planned-out moves, design, carefully-selected setlists, and other planning.

Which leads to the next problem…

The most successful bands can be incredibly spontaneous, connected, and tight because they’re practicing relentlessly, often hours per day (and every day).  Strangely, some artists are resistant to hard practice because they’re afraid it will kill the loose, spontaneous vibe.  But the exact opposite is true: technical skills don’t box you in, they assist you and give you more flexibility.

#5. The song controls the stage performance.

That can be a deadly mistake, with drawn-out jams and 10 minute keyboard solos potentially killing the vibe (especially if you’re not Phish).

The audience can tell, and it can flatten the vibe.  But it’s completely natural to get nervous on stage, so what should you do?  Practicing relentlessly is one way to work out the jitters, as is playing a lot of shows and trying to focus on having fun.

And, figure out what works for you.  Pre-game meditation, playing a video game on your phone before you go on, swigging a beer, smoking a joint… whatever it is, do what it takes to relax and get yourself in a great, clear mindset to deliver the experience of your life (and, their lives).

#7. Every song is performed the same way.

Your songs are all different, so why are you playing them all the same way?  Remember, audiences (and people in general) are highly visual, so to create an amazing experience, switch things up.  Lighting effects and backdrops should adapt to match different styles, energies and positioning should change around different songs, and each song should have unique effects.

#8. You’re not making fans want to marry you.

Jackson had a great way to illustrate this issue: if people are seeing you for the first time at a festival or as an opening act, you’re dating those fans.  It’s like the first Tinder date.  If you’re Taylor Swift or Elton John, those fans are married to you, they’re in for the long haul and want to see you for years and years.

But it takes a lot of time to get to that point.

Jackson says you need to give fans an experience they will never forget, and will tell everyone about.  That’s the way to move casual daters to serious, long-term marriages.

#9. Bands geeking out on musical minutiae.

That doesn’t mean not practicing and attending to fine-tuned details, which are critical.  But if those things crowd out a perspective on fans, you lose.  “They don’t understand musical things,” Jackson told a crowd of artists.

“They don’t know if you’re singing high C or drinking it!”

Hollywood is brilliant at putting watchers in the moment, a place where they can escape and forget about everything in their stressful, complicated lives.  Instead, it’s easy for fans to drift back to their problems and incoming text messages if they’re not engaged, which is almost guaranteed if the musicians are stick figures on stage.  “They want to be captured and engaged,” Jackson noted.

“A great movie makes people completely present, and that’s where you want your audience to be.”

A few other important notes on this: