Does Life Really Have to Suck for Songwriters? 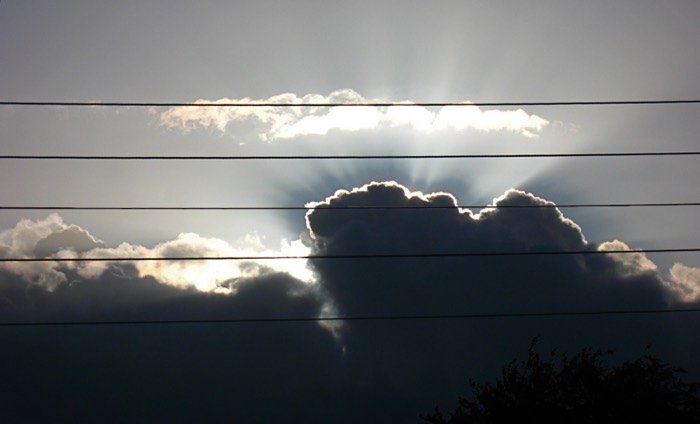 Read enough articles, and you’ll think songwriting is in the throes of decline and decay.  In Nashville, the number of songwriters has been decimated since 2000, according to one tally, and even hit songs are producing paltry payouts (according to another).  Composition licenses are also at the root of a major legal actions involving Spotify, Rhapsody, Xbox Music, Google Play, and a number of other streaming music services, with damages potentially piling into the hundreds of millions.

Mega-publishers, once thought to be immune from the downturn, are facing their own problems.  Part of the issue is that traditional sources of publishing revenue, like ‘mechanical’ licenses on CDs, have tumbled over the past decade.  That is putting well-established music publishing houses like Warner/Chappell in a difficult spot, and creating pressure to squeeze revenue from older songs.

Just recently, a federal judge stripped Warner of its copyright around ‘Happy Birthday to You,’ based on the decision that the song lies in the public domain.  That has paved the way for damages potentially reaching $19 million retroactively, though the bigger problem is the future income that Warner/Chappell kisses goodbye.  It’s an annuity that no longer pays; a bank account that no longer draws interest.

Boil all that down to the individual songwriter, and the terrain can be intimidating.  For starters, the creative juices required to write a hit song can take weeks or months to develop, and catalogs even longer.  Add the pressures of exploiting and hawking an existing collection of already-written songs, and the present-day songwriter faces a difficult career choice.  And the simple reason is this: it’s difficult to write great music without a great amount of time, something a day job eats for breakfast, lunch, and dinner.

If a songwriter has just one revenue-producing song, there’s money to free up time to write more.

That said, the world’s body of songs are generating hundreds of billions in present and future income.  And this has now become the focus of a lot of innovation using financial technology and emerging loan structures.  Because if a songwriter has even one revenue-producing song, there’s money to free up time to write more.  Indeed, investor exchanges are suddenly making it possible for songwriters and publishers to directly link to the investment community, a group desperately trying to maximize their returns in an environment full of low-return instruments.

A couple of players are making early waves in this space. One of the leading innovators is Royalty Exchange, a quickly growing marketplace for investors wanting a stable return from royalty assets including publishing catalogs.  The Denver-based Royalty Exchange, a DMN partner, gives songwriters, performers and publishers the opportunity to sell a portion of their royalties to the highest bidder.

The company is currently focused on packaging publishing copyrights with definable income streams, and handing investors one of the best returns on the marketplace.  That is facilitated by an online, asset-focused exchange, which also extends to ‘royalty-bearing’ assets like patents, energy and mineral rights, as well as film & television IP (if you’re exploring your options to sell part of your future royalties now to finance your career growth, consider reaching out to them here).

The allure for investors is  two fold: These assets offer an opportunity to diversify beyond Wall Street, while also producing a reasonable, steady income.

And this isn’t a new concept.  Since the days of Tin Pan Alley, talented songwriters have not only been receiving money for their compositions, but getting money in advance from publishers trying to profit from the exploitation of those works.  The basic publishing deal, now more than a century old, works like this: the songwriter signs a deal to deliver a certain amount of songs, and the publisher typically pays an advance against that commitment, plus a percentage of royalties from revenue-generating vehicles.

Back in the 1920s, those revenue-generating vehicles included sheet music, piano player rolls, and Broadway soundtrack licensing.  Fast-forward nearly a century later, and the mix has shifted to publishing rights on downloads, streaming (the focus of the current legal battles), synchronization (or ‘sync’) licensing within TV shows, movies, and commercials, ‘performance’ royalties for public spaces like restaurants and bars, karaoke, and iPad-ready songbooks.

That’s just a smattering of the licensing opportunities available to songwriters and publishers, and popular catalogs can drive tens of millions in revenue, year after year.  But even a smaller collection of songs can draw solid annual revenues, even starting in the thousands.  That can either be packaged into a larger portfolio of publishing assets, or sold on its own to draw the right level of long-term return.

But how exactly is a catalog assessed?  Matthew Smith, CEO of Royalty Exchange, noted that investors typically fall into two buckets: the industry buyer and the more dispassionate investor.  And both groups are not only likely to analyze a songwriting catalog differently, they’ll likely pay different prices as well.  Specifically, one is looking at the potential to better exploit a catalog of works, based on industry expertise or combinations with existing holdings, while the other is analyzing the songs as a strict financial return (just like a treasury note, Apple share, or real estate holding).

That mix-of-crowd can make it difficult to assign a valuation to a particular catalog, or rally consensus around future earnings potential.  Factor in the emotional aspects that sometimes spike sought-after catalogs (and art in general), and it can become difficult to predict the value at which publishing assets are assessed.

For the songwriter or publisher seeking advances, that terrain can test the stomach a bit, though a bidding marketplace is one way to resolve those disparate assessments and plans.  And if there’s a truism in this emerging business, it’s that if a catalog is currently earning money, there’s a very good chance it will keep earning money and can draw cash advances.

(Conversely, if a song, or group of songs isn’t generating any present-day royalties, there’s going to be very little investor interest over future royalties.  So you need a good song to play in this game, though publishing houses are oftentimes willing to work with untested material.)

Additionally, the rights owner doesn’t have to give it all away: split agreements are now becoming commonplace, even at this early market stage. All of which opens to door to both collecting upfront money, and exploiting the catalog at the same time while reducing overall risk.