I’m a Label Executive. And This Is My Fair Warning on iTunes Music Downloads… 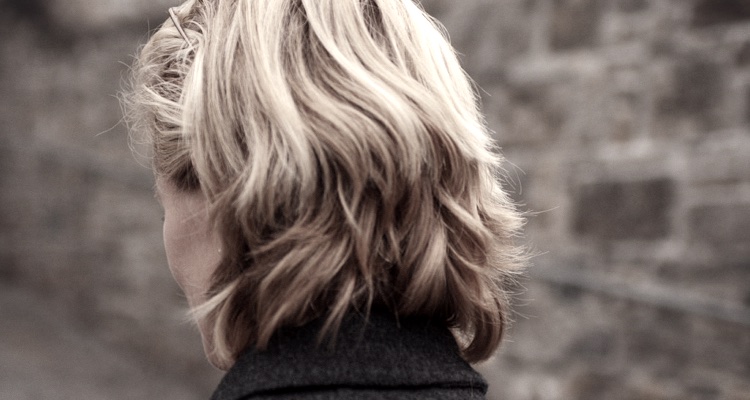 You might be missing the real story on iTunes Music Downloads, indie labels.

The following comes from an executive at an established label that wishes to remain anonymous.

The purpose of me writing this op-ed, or whatever you want to call it, is that a lot was left out last week in the whole ‘iTunes Music Downloads are Getting Canceled’ story.  Or whatever the title [of the story] was [ed: here].  There was a lot of back and forth and everyone started focusing on the wrong thing, including Digital Music News.

So let me first address the biggest problem that I found with Digital Music News’ coverage of the matter.  The entire article put the whole matter into a black-and-white discussion.  Unfortunately that’s not the best way to view this.  The whole debate seemed to focus on whether or not Apple was going to go completely dark on their iTunes music download store within two years.  Or three years, or whatever, and it’s not that simple.

The reason why I feel like I need to address is because there are a lot of labels that may have moved on from this topic after last week without realizing that there are very serious issues that need to be focused on.  I am saying this to you as someone who oversees a very substantial catalog on both the recording and publishing sides.  And I’ll leave it at that.   Let’s just say I’m in the mix with many labels but I won’t get into the specifics.

“Whether or not Apple wakes up one day and decides to tear down its iTunes music download store is not the most important thing. Because they are already starting to get rid of it.”

My bold statement is this: Whether or not Apple wakes up one day and decides to tear down its iTunes music download store is not the most important thing.  Because they are already starting to get rid of it.  This phase-out is already happening and Apple is definitely assisting this process.  They are definitely not growing their download store and they are doing what it takes to make this die a natural death.

You can say there are some things they are doing to fuel their download store with exclusives, etc., but overall I think the net initiative is to let this go away.  I would even point to Chance the Rapper as an example of this.

As a user you can see this in motion.  You can see that I’m not making this up.  If you’ve ever purchased any substantial amount of iTunes downloads from the last year or so, and I mean from July [2015] onward, you’ve noticed that these downloads are gradually getting sucked into the Apple Music product.  What I mean by that is that there are all sorts of confusing connections back to Apple Music even if you don’t want to have anything to do with Apple Music at all.   But even worse, your downloads that you either paid for, downloaded, or ripped, have been totally mangled and often replaced by Apple’s official version of that track, whether that exists on Apple Music, or whatever.

“You may not even notice it’s gone..”

The net net of all of this is that your iTunes download collection has been totally corrupted by Apple and this process will continue as long as Apple realizes that the future is streaming.  Apple is building on the future of streaming and they are not investing or preserving your download account just because you like it.

It’s sort of like the patient that gets a little less oxygen every day.  The patient is going to have a lot less strength over time, and you won’t even notice when he’s gone.   Then you wake up one day:

Anyway, getting back to my main point: of course Apple is going to deny all this, because they can.  I hate to say it, but Digital Music News set them up for an easy denial like amateurs.  Because [Apple] basically said “all downloads won’t be terminated within two years”.  [DMN] framed this as a yes-or-no question, and if you know anything about politics or have spent any time inside the Beltway then you definitely know the easiest thing to deny is a very concrete black-and-white statement.  Because if you deny this, you’re just denying that black-and-white statement.  NOT the broader initiatives that are being undertaken.

“It’s going to die one way or another.”

So I know that what’s basically going to be happening is the same s–t.  It’s going to die one way or another.  It’s not about pulling the plug, so please get your head out of that black-and-white tunnel.  I’m mentioning all of this because I know that many labels, especially indie labels, are not properly diversified against downloads.  They’re not making the money back on streaming or vinyl, and they won’t be able to adapt.  And that doesn’t even get into the issue of the pain that indie labels have felt since being unable to sell CDs en masse, or even being able to attract the juicy artists they want who are increasingly holding out longer and longer because they feel they can do stuff independently (and many times they are right).

This is all going to get far worse once downloads start to seriously get weaker.  And remember: iTunes is really the only player that matters here.

“This is the brutal world that your [indie] label exists in…”

I hope you’ll keep in mind that the majors don’t really care at all that this process is happening.  That’s maybe taking it too far: sure they’re going to lose money like everyone else but they’re planning to make a huge amount off of streaming.  They’ve now changed their entire mentality around this, and they’re now viewing streaming as a golden goose.  The data is showing explosions around streaming right now, with the increases just massive.  They want a piece of this, whether it’s an I.P.O., sale, or whatever.  And that’s why we’re seeing labels demanding huge percentage chunks of these companies, and putting less emphasis on cash advances.  This is the way these deal structures have moved now.

“2017 could be a blood bath for indie labels if they’re not prepared and diversified.”

They can handle it.  If downloading goes away, [the major labels] have worked very hard to diversify and leverage their catalogs.  Now if that’s their golden goose, you’re seeing Spotify work for the labels and at their beck and call, not the other way around.  UMG [Universal Music Group] is more powerful than anyone here, and they’re definitely not an indie.  In fact, they want indies to die so that they can consolidate as much as possible, to buy up your catalog when you’re desperate for scraps and consolidate even further.   This is the brutal world that your [indie] label exists in, the majors aren’t looking out for you.

Thanks for hearing me out on this issue.  And thanks to DMN for publishing it even though I’ve been critical of the story.  I’m not trying to blame you guys, but I feel an obligation to speak out and warn other label heads who may not be seeing this issue properly.  Because I’m very concerned that 2017 could be a blood bath for indie labels if they’re not prepared and diversified.

Apple isn’t on your side and neither are the major labels.  I’m not even sure streaming is on your side.  So proceed accordingly.  Anyway, I’ve done my part, I hope that helps.  Peace.