Neil Young Withholding His Own Music from Pono…

Neil Young, the guy who started Pono, is now giving an exclusive on his new release to Tidal.

After raising more than $12 million and promising to revolutionize digital music with Pono, Neil Young is making his believers wait.  As of Monday morning (May 16th), Neil Young’s just-released ‘Love and Only Love’ is available only as a pre-order on PONO, while Tidal enjoys the full exclusive.

Here’s what happens if you try to listen to Young’s 28-minute ‘track’ on Pono: 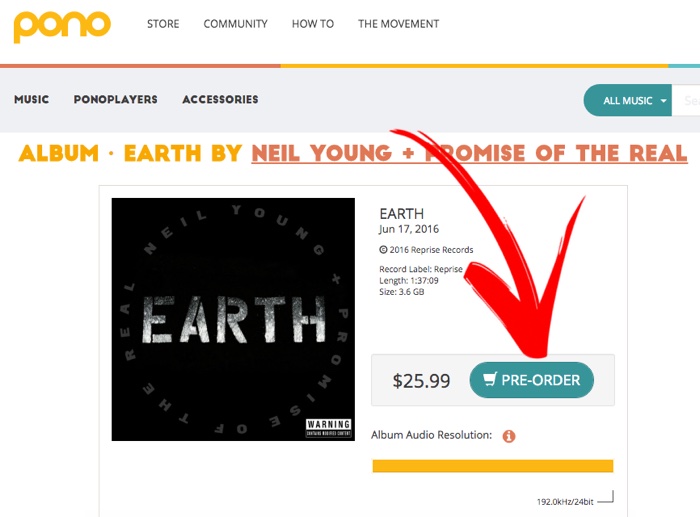 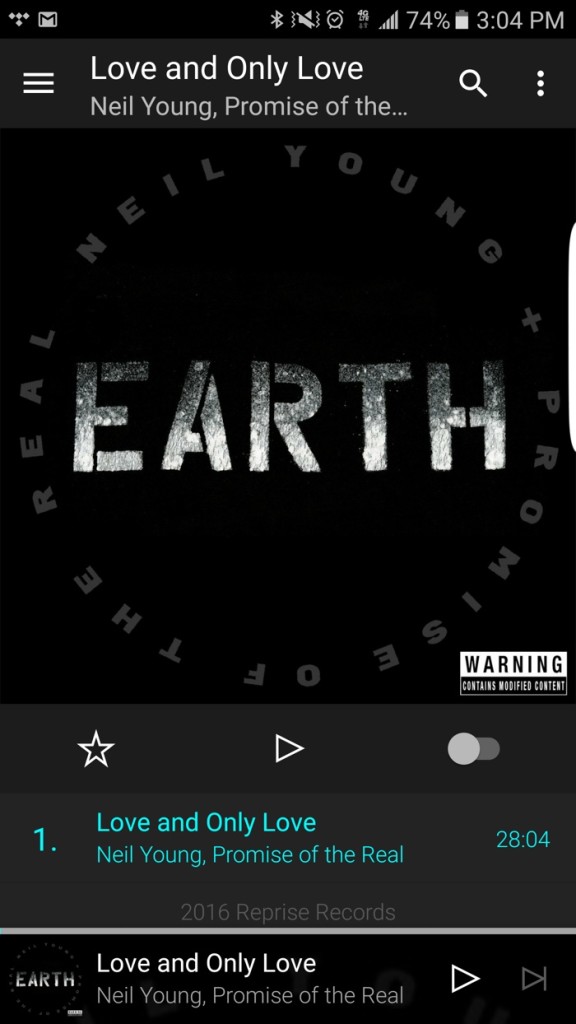 The super-lengthy track prefaces the release of the broader Earth, which may also be a Tidal exclusive.   The tracklisting for Earth, slated for June 17th release, is as follows:

Pono, initially praised as a messiah for restoring audio fidelity to the digital listening experience, is quietly receding to the wastebin of failed music technologies.  After introducing a clunky, triangular device that required expensive, proprietary downloads, Pono struggled to gain any meaningful consumer traction.  Executive shakiness and a decided lack of direction soon followed, with competitors like Apple Music and Tidal eventually entering the race.

Perhaps Tidal, which is now making huge strides in both subscriber numbers and overall profile, is grabbing the mantle and pioneering the higher-end digital audio space.  As of last count, Tidal announced 3 million subscribers, with 1.5 million of those subscribing to higher-end, near-$20 monthly fees.  That figure is only set to increase, with Tidal reporting another 1.2 million (paid and trial) following a high-profile Beyonce exclusive. 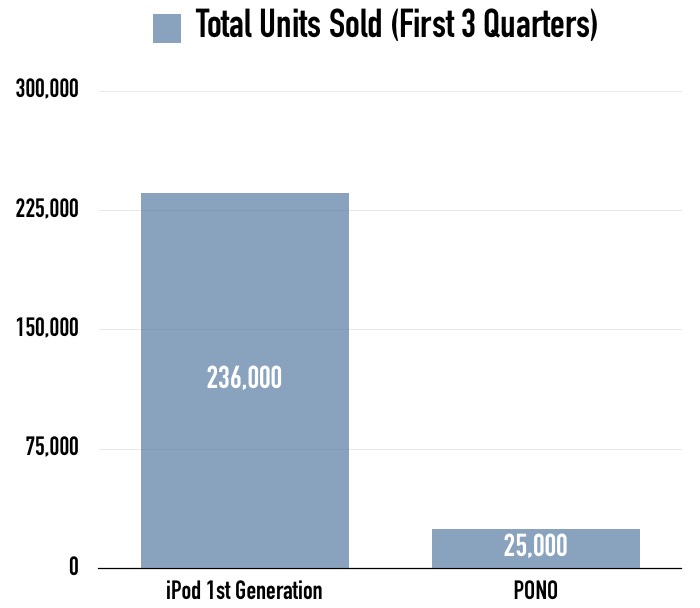 Young is unlikely to create as big of a ripple, though perhaps his latest move is leaving Pono dead in the water.  According to stats obtained by Digital Music News nine months after the release of Pono in 2015, overall device sales were disappointingly soft.  Perhaps the comparison is unfair, though Pono’s market impact was roughly 10% of Apple’s progress on first-generation iPods in the early 2000s, itself a slow ramp-up.

Since that point, there have been few signs for an uptick in Pono sales.