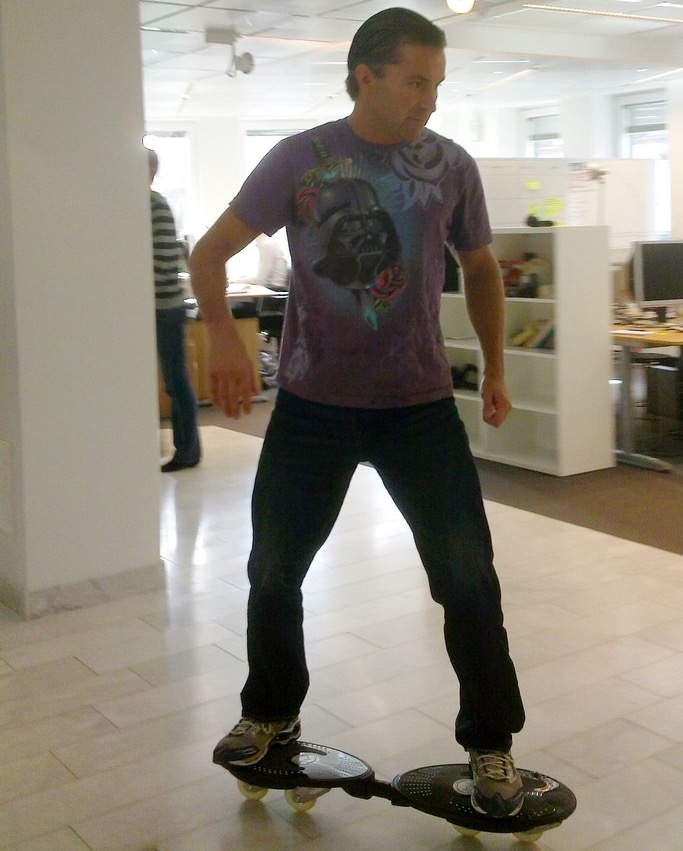 Spotify co-founder, executive, and board member Martin Lorentzon casterboarding around the office (Jon Åslund, CC by 2.0)

The average Spotify employee makes $168,747 a year. What do their bosses make?

Last week, Spotify financial filings for 2015 revealed that the average employee is earning $168,747, with a worldwide headcount of 1,610.  That raised the question of what the top executives and board members at Spotify are making, so we started investigating further.

According to the Luxembourg filings, mandated by European Union regulations, that compensation includes three components: (1) ‘short-term employee benefits,’ i.e., cash salary, (2) ‘share-based payments,’ i.e., shares in the company; and a smaller category, (3) ‘post-employment benefits’.  Astoundingly, those collective compensation amounts nearly quintupled from 2014, when the total compensation amount was ‘just’ €3,741,000 ($4,158,309).  Some of that increase can be attributed to new board members and key executives, though the increase certainly isn’t fivefold.

Also keep in mind that these are averages, and we have no idea what specific officers and board members are making (yet).   Here’s the pertinent excerpt from the filing that offers the top-level figure:

But how many members make up the ‘executive committee’ and ‘board of directors’?

Cobbling through data compiled and reported by Crunchbase, Bloomberg, Re/Code, and PrivCo, we were able to identify an additional 7 pertinent members.  Some of those members, like Martin Lorentzon, carry dual executive and board roles (actually, he’s Chairman of the Board).  Of course, they are not counted twice.

In total, that places the number of executive committee and board members at 14.  That’s a small group to divide the $18.8 million pot.

In terms of evaluating these compensation levels, it’s also important to consider that ‘share-based payments’ are priced at ‘fair value’.  That is likely a small percentage of the eventual, post-IPO valuation.  Once Spotify hits Wall Street, those $8.8 million in shares will multiply enormously (and maybe create some billionaires).

In terms of how this skews the average of the rank-and-file, it’s tough to say.  The critical question is whether these 9 top executives are counted in the total headcount of 1,610.  If it is, then the average non-executive employee at Spotify makes €135,000, or $150,687 a year.

Here’s the full financial filing from the Luxembourg-based Registre de Commerce et des Sociétés if you’d like to review it.