Imagine a Music Festival That Only Admitted Women… 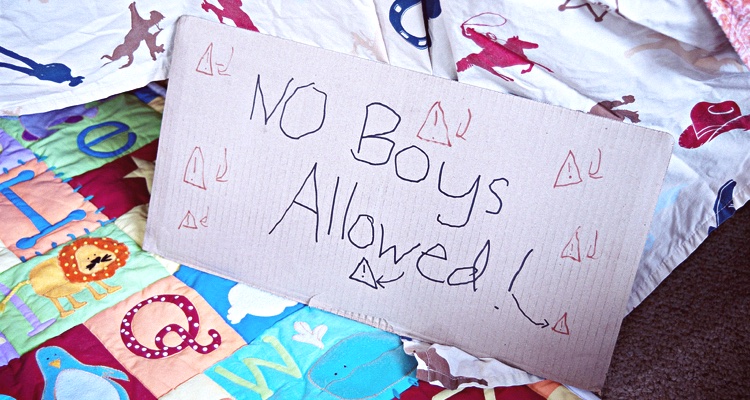 One of the largest music festivals on the planet is now preparing a new experiment for women attendees.  According to details confirmed by organizers, a women-only ‘safe space’ will be opened within the main festival, which kicks off in less than one month.  Of course, that means no guys allowed, though transgenders identifying as women will be admitted into the cordoned-off area.

The space will be tucked away in the Shangri-La section of the festival, and run by an organization called The Sisterhood.  The group dubbed this ‘the 1st ever women only venue’ on Twitter, though the rationale for the space seems less celebratory and pro-women, and frankly, more anti-male.  “The producers of The Sisterhood believe that women only spaces are necessary in a world that is still run by and designed to benefit only men,” the festival organizers told Noisey. “Oppression against women continues in various manifestations around the world today, in different cultural contexts.”

Whether the initiative will be embraced by women attending the event is the next question.  A substantial number of attendees travel in groups with both sexes, and entire families have always been a part of Glastonbury.   But the bigger question is whether women at the festival actually feel uncomfortable or oppressed by men at the event, which is a major reason behind its construction.

Predictably, some backlash is already surfacing.  Indeed, the first response on Twitter to the announcement — from a woman — questions whether a men-only space will also be created.  “Yay for segregation!” Isobel Fielder ‏(@IssyFielder) blasted.

“Now there’s an area you can’t go if male!?!  There’d never be a men only venue… Where’s the equality?”

Glastonbury officially kicks off June 22nd, with headliners including Muse, Coldplay and Adele.  A crowd of more than 135,000 is expected.

Image by Personal Creations (CC by 2.0).