A Crash Course on Mechanical Publishing Royalties — Part 1: The Basics 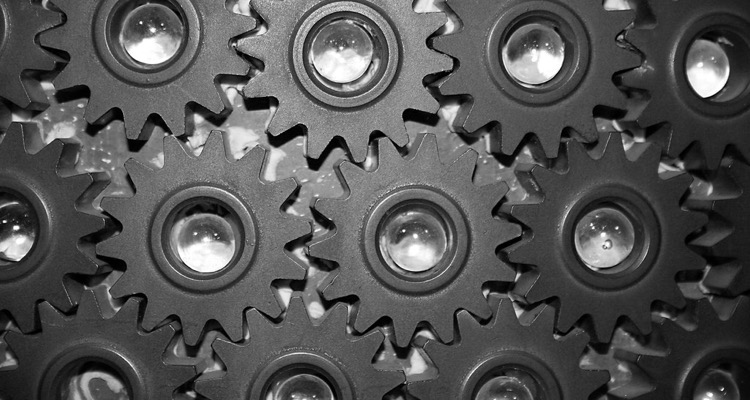 The following primer comes from Robert Klembas of Rebeat Digital, a provider of digital distribution, royalty accounting, Music Enterprise Software (MES) solutions.  This is the first in a 12-part series.

No matter if you are completely new to this industry or have already gained some experience in the music business – the term “mechanical royalties” has either crossed your path already, or is definitely bound to do so (probably sooner than later).  And there is good reason for this piece of key industry lingo to be making headlines again and again over the past months.

But what exactly is this term that everybody in the know seems to be talking about?

Mechanical royalties: this definitely sounds legal, financial, somewhat technical even, and, well — probably very, very dull.  Yep.  There we go.  Oh, didn’t you want to clean up your desk for ages?  And mum, you were supposed to call her days ago right? Watering the flowers?  Perfect moment now, really.

But here’s the thing: fighting the urge to stop reading this might prove to be really, really beneficial for you.  And this is not meant in some airy intellectual, spiritual or metaphorical way.  It is meant in the sense of plain ol’ money.  Dough.  Green.  In other words: understanding the concept of mechanical royalties does not only raise your industry cred, but is truly of vital importance to your financial income in the music biz.  So if you have made it this far in the article, why not let the houseplants fight their lonely battle against thirst a few minutes longer and follow us down the rabbit hole? Here we go.

The Basics: what a mechanical license is – and what it isn’t.

If your first guess is that mechanical royalties (or “mechanicals”, as they are commonly referred to) have something to do with copyright, then you are spot on.  In music, any original combination of words and/or melody may be copyrighted.  While authors in the US need to fixate their original composition in a tangible medium, such as a recording or a notation on a piece of paper, works by authors in Europe and other parts of the world directly obtain copyright protection in the very moment of their creation, without any need to be transfixed or registered. Either way, with copyright being established, both the US Copyright Act and pretty much all international copyright laws grant the author of a copyrighted work several exclusive rights:

– to reproduce the work, i.e. to create physical or digital copies of it;

– to distribute copies of the work to the public, i.e. to sell CDs, vinyl records, downloads, streams, etc.;

– to display the work publicly (more common in fine art);

– to perform the work publicly by means of digital audio transmission.

Each of these exclusive rights leads to different streams of income that distinguish and shape whole segments of the music industry.  With regard to mechanical royalties, it is the rights of reproduction and distribution that our focus of interest is on.  Consequently, the right for these two uses is also known as mechanical right.

The term “mechanical,” by the way, dates back to when copies of a musical work were physically reproduced.  Think piano rolls, phonograms and the like.  Even though we are now selling songs in a wide range of digital ways, the term mechanicals has stuck, as it is essentially the same line of thinking that applies when selling a physical and digital copy of a song recording.  And since we’re at it: “royalties,” you might have guessed it, refers to the fact that whoever creates such reproductions of your songs will have to pay the copyright owner a fee in exchange for the right to do so.

An important exception to this is the use of your songs in TV shows, films or the next Hollywood blockbuster.  These are not covered by mechanical licenses, but instead require a so-called synchronization license, which needs to be obtained separately. The same goes for the public performance of a musical work, which requires a license for performing rights.  Finally, always keep in mind that a mechanical license is all about the composition, not the actual sound recording containing the same.  Reproducing and selling existing sound recordings requires a different kind of rights known as master rights.

“But wait a minute,” I hear you say, “this is MY work! What if I don’t want the next best guy to manufacture and sell copies of it?”  Right you are.  After all, copyright grants the owner a monopoly over time – and monopoly usually means having some sort of control over something.  So far, so good.  But unfortunately, monopolies also have the tendency to distort and even hamper the market, which often means less money to be made for all, including you.

To solve this dilemma, copyright law has come up with a clever way of making copyrighted works accessible for use, while at the same time protecting the rights of the owners.

Right of first use, compulsory licenses and statutory rates

One of the key benefits of obtaining copyright for a new original work is the right of first use.  As the name suggests, it provides the copyright owner with the authority to decide on whom, when and at which rate the right of the first commercial release of their song shall be granted.  This license of first use may also be withheld if the applicant, say, a record label, is unwilling to pay the amount demanded.  This is a direct effect of the monopoly mentioned earlier.   However, as so often in life, you can’t have the cake and eat it.  Once first use has been established and your work has been made available to the public, anyone can request a license to record, release and distribute their own version of your song.

Additionally, copyright law stipulates that you may not deny such requests – it is a compulsory license, meaning a license you must grant, no matter if you like it or not.  Fortunately, however, licensees applying for such a compulsory license have to meet important criteria in order for the license to be effective:

• they must serve a notice of intent, or NOI, to the copyright owner either before or within 30 days after distribution of the first recordings of the song; and

• in exchange for making use of the license, they must pay the copyright owner a licensing fee typically referred to as the statutory rate.

Failure to meet these criteria leads to the compulsory license not being effective, which, in turn, establishes copyright infringement — a serious issue not to be taken lightly.  As a matter of fact, however, it is not very common for a compulsory license to be disputed – after all, this is where the money starts rolling back in for the copyright holder.  But wait a minute— where can people interested in reproducing your work acquire a license in the first place?

Managing all aspects involved in the business of mechanicals is a lot of administrative work.  Most authors therefore do not take over these jobs themselves, but license the copyright of their compositions over to publishers.  Clearing of mechanical licenses, collection of mechanical royalties and accounting and reporting of the same to the corresponding authors are some of the key services publishers perform in this field.  In exchange for their work, publishers typically take a 50% share in all income generated from the exploitation of a song’s copyright.  Consequently, this also includes income from mechanical royalties.

In order to streamline the administrative processes involved with these tasks, publishers, in turn, tend to license their copyrights to collecting societies or mechanical licensing agents. Companies and individuals seeking to acquire a license usually apply for the same via a web form or clearing service hosted by these agents.  In the US, one of the most important providers of mechanical licensing and mechanical royalty services is a privately-owned company named Harry Fox Agency (HFA).  On behalf of its publishers, HFA issues mechanical licenses to record labels and manufacturers that want to record and reproduce recordings of copyrighted musical compositions, as well as to various digital music services and distributors that want to clear mechanical licenses for the catalogue offered digitally.

In exchange for their service, HFA currently take a commission rate of 11.5% of all payments collected. In addition, they also charge fees to aggregators and digital music platforms for the service of mechanical license clearing. After deduction of their fee, HFA then pays out the mechanicals collected to the corresponding publishers, who in turn pay the authors’ share to their composers. Outside the US, publishers often license their work to their corresponding national collecting society. In a similar fashion, they offer to take over many of the aforementioned tasks involved with administering mechanical licenses.

Coming up next: bring on the dough!

Congratulations on making the first steps on our path down the slippery slope of mechanical royalties. You have now gained a good understanding of the basic concepts of mechanical licenses and what role they play in the music industry. “But come on now”, you say, “just how much money are we talking about really?” In the next installment, we will have a close look at the different kinds of sales that require mechanical licenses (physical, download, streaming, etc.) and the revenues you can expect from them. For now, make sure you have a look at the key takeaways from this introductory chapter. And hey, don’t forget about them plants.