Spotify’s CEO Would Love to Sell to Google for $20 Billion (NOT!) 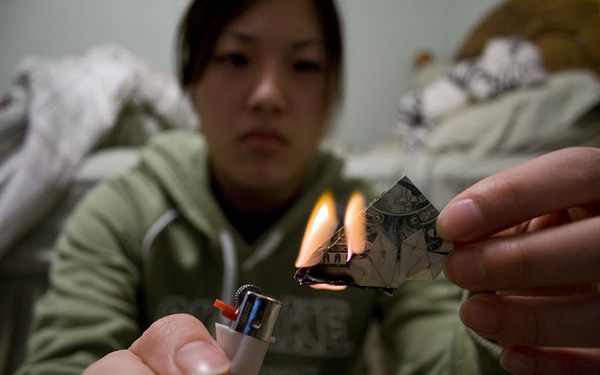 According to a report by Bloomberg, Spotify’s chief executive and cofounder, Daniel Ek, has boldly proclaimed that he has no plans whatsoever to sell the streaming service.  And that includes a large, US-based tech giant.  Ek believes that had entrepreneurs kept hold of their businesses and continued to build their own brands instead of selling to large-scale tech companies, those businesses potentially could have been huge successes.

At a recent music and technology conference in Stockholm, when asked whether he’ s looking to sell, Daniel Ek said…

”Not going to sell, no. My biggest advice for entrepreneurs is don’t ever sell.”

Though, Spotify have recently released their financials, which show some scary figures highlighting major losses.  The company losses have been increasing year-on-year, and 2015-year losses topped an astounding $188.7 million on revenues of roughly $2.12 billion.  The company’s losses now cumulatively stand at $698.1 million since 2008, which have raised questions of whether Spotify’s business model is viable or not.  Despite the shocking financial results, Ek is sticking with his guns and hoping for a brighter future.

With this being said, Spotify’s revenue has actually been increasing.  The streaming service has recently invested in hiring Troy Carter to help strengthen the streaming platform’s relationships with artists and songwriters, a potentially smart move given ongoing image problems among artists.