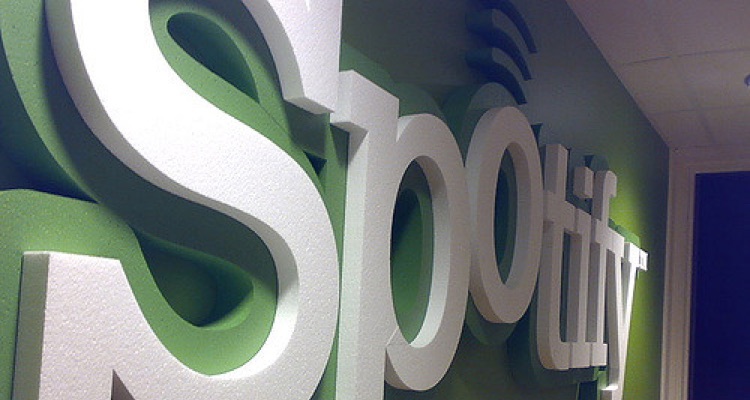 The Swedish streaming service announced today (June 20th) that its subscriber base has grown to 100 million active users.  The milestone is happening despite strong competition from major rival Apple Music, which entered the music streaming market in June last year.

And there’s more: Apple Music was followed by the addition of the high-fidelity streaming platform, Tidal, which also entered the streaming market refreshed for 2015.

Despite that competition — or perhaps, because of it — Spotify still sits way above its rivals in terms of paid subscriber numbers, with more than 30 million people giving $10 a month for premium tier access.  Of course, this doesn’t mean that the streaming platform isn’t keeping a close eye on Apple Music, which is also growing at an unprecedented rate.  Indeed, Apple has racked up more than 15 million users in under a year, enough to appear ominously in Spotify’s rearview mirror.

Counterintuitive thought of the day: should Spotify be thanking Apple for its strong growth?

According to Spotify, they’re actually thankful that Apple Music entered the music industry.  “Since Apple Music started we’ve been growing quicker and adding more users than before. It’s great that Apple is in the game,” said Jonathan Forster, Vice President of Spotify in a recent interview with Reuters.  “They are definitely raising the profile of streaming. It is hard to build an industry on your own.”

Maybe Forster is on to something.  DMN took a closer look at Spotify’s growth, and the numbers indicate a surge in Spotify’s subscriber numbers since Apple Music arrived in the music streaming market.  It took Spotify from 2008 to 2014 (6 years) to hit 10 million paying subscribers.  But the streaming platform’s growth then started to pick up momentum in 2015, right about the time when Apple Music launched.

All of this highlights that the rate at which the streaming platform is adding new subscribers, though broader consumer shifts are also underway.  Now, the question is how huge streaming grows, and how quickly downloads die.