He backed the Pono Kickstarter campaign. Now, he’s backing a website to warn others.

Even Neil Young doesn’t release his own music on Pono, at least not before Tidal.  So why should die-hard fans care anymore?  Enter ponosucks.com, created by one of Pono’s biggest believers.  Keep in mind, this is a guy that actually contributed money to the Pono Kickstarter campaign, which ultimately raised millions and an inordinate amount of hype.

He cried tears of joy when he started using one of the first Pono players every created.  Now, he’s crying for a different reason.  Here’s his opening salvo on the site:

“Allow me to preface this site with an opening statement, If you will:

This is a site created by one former fan of the PONO Music Player.  An Original Kick Starter backer’s site.  It is intended as a personal review, AN OPINION and some ranting.  All in the hope that you are able to decide whether or not to part with your money and buy into this.

This is NOT an Anti “Shakey” (AKA Neil Young) site.

To say I am a fan of the man, his muse, talents and creations, as an artist and performer would be an understatement……..

I have admired, listened to, enjoyed, legally purchased AND re-purchased  all of his music & wares (including two PONO players and, perhaps the GREATEST BOXED SET of ALL TIME, Archives, Volume 1)  Numerous times. I own all of his released, recorded works in various formats. I have seen him perform in all his varied permutations, in many different settings and venues over fifty times and, for the most part, thoroughly enjoyed the musical ‘ride’.”

That store has now become the bane of his existence, and the subject of another rant, here. 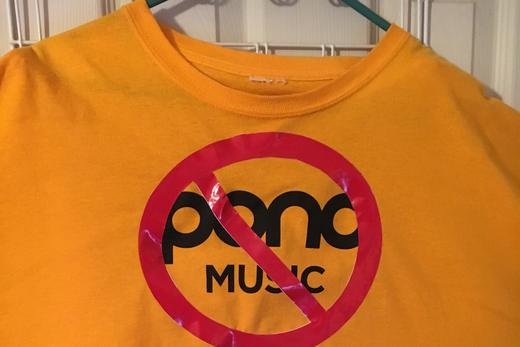 The lingering question is why Neil Young got it so wrong, and more importantly, why so many followed him into digital failure.  Downloads are now in a tailspin, further pushing Pono into a marginalized position.  But right out of the gate, the music industry was shocked to see a triangular, awkward download player and high-priced online store with limited selection.  This was a move backwards!

Upon release in August of 2014, critics started piling on.  Steven Finch, CEO of digital distributor RouteNote, called Pono the worst player he’d ever seen.  Consumers, despite massive awareness, didn’t vote with their wallets, and sales of the player never suffered miserably.  Just one year later, after millions in investment and push, the triangular anomaly struggled to sell more than tens of thousands of units.

Meanwhile, clues about Young’s grasp on technology and digital music started to emerge.  In March of this year, Young claimed that the songs from his latest album were so long, they wouldn’t even fit onto iTunes.  In July of last year, Young declared streaming to be over, while refusing to release his music on streaming platforms (and previously releasing his music on cassettes).

Since that point, streaming music platforms has experienced their biggest surge in history, edging downloads ever-closer to the digital dustbin.  Indeed, niche download players are increasingly feeling the heat, with the possible exception of genre-focused, hi-fidelity sites (think classical).  Unsurprisingly, Apple itself is feeling the heat, with iTunes Store song downloads crashing at a precipitous volume.  That is leading to rumors of a complete shutdown of the iTunes music download store and a massive shift towards Apple Music, which is entirely focused on streaming.

Apple has denied those rumors.