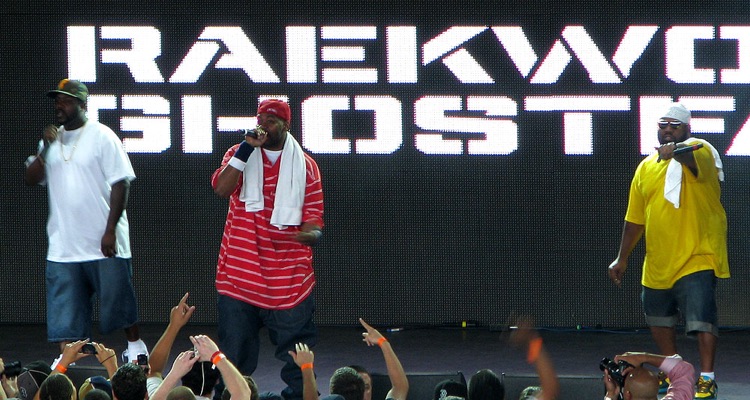 We’ve written a lot about pay-to-play shows, and the huge pitfalls that come with it.  Some of it is downright predatory, and sometimes, artists can find themselves completely stiffed.  In other situations, artists have to sell a certain amount of tickets or make up the shortfall themselves.  This can get pretty ugly, but no one is forcing artists to make these deals, and artists need to make their own choices about whether it’s worth it.

But is it exploitative to charge an opening act just to appear on stage, especially for a few minutes?

Enter Raekwon and Ghostface Killah, two rappers from 90s rap supergroup Wu-Tang Clan.  Both rappers enjoyed successful solo careers after Wu-Tang exploded, and that fame still carries into the present.  Rappers like Rae Sremmurd and Post Malone weren’t even alive when Wu-Tang was formed, and these guys are grandpas by rap standards.

That said, Raekwon and Ghostface Killah are embarking on a multi-date tour for die-hard fans, and it looks like they’re making good money.  The summer ‘Ragu Tour’ will feature small and midsize venues, with 19 separate dates already listed.   According to the tour promoter, almost all of those dates are sold out or nearly sold out, with roughly 500 – 1,000 capacity venues.

+ Should You Pay To Play? Here Are The Worst To Best Club Deals In The World

Now, it’s time to milk those shows, starting with paid opening slots for aspiring rappers.  According to a solicitation email sent to Digital Music News Wednesday morning, opening slots are $1,100 for a 15 minute performance, with no guarantees on who will show up.  Some fans stroll in seriously late, though typically, a reasonable percentage of fans show up for the opener(s).  Unfortunately, virtually none of those fans that paid to see Raekwon or Ghostface care about a rapper they’ve never heard of.

Alongside the 15-minute slot, rappers can also position their own merch stand at the show, something that could defray costs if anyone’s buying.  But rappers are responsible for all of their expenses, including travel, accommodations, food, and probably everything related to the stand itself.  That means the actual cost of ’15 minutes of fame’ is probably in the low thousands, depending on a lot of factors.

I was thinking about a rapper that might connect with this audience.  But how old will these people be?  Wu-Tang broke a long time ago, and classics like ‘C.R.E.A.M.’ are now oldies.  The answer the promoter gave me was ’25 and up,’ which means heavy 30s and 40s, with a smaller 20-something crowd reaching back.  Just then, Charlotte on our team told me about an up-and-coming artist that scored an opening slot for Kevin Gates, for free.  In the rap world, that’s called ‘putting someone on,’ and it’s the first choice for any aspiring rapper.

Raekwon and Ghostface are also throwing some promotion in, for what it’s worth.  If a rapper is accepted (and then pay), they get listed on the main tour billing (with an *), and on promo flyers.

Here’s a quick listing of the dates booked. 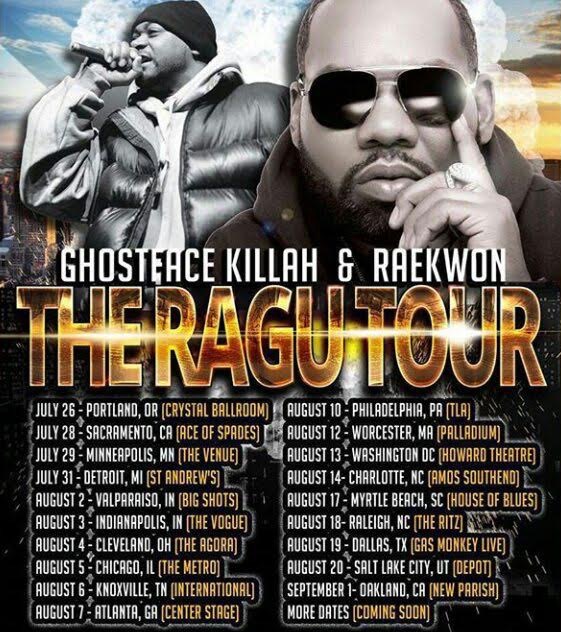 Again, this is a decision the rapper (and his manager and label if they exist) need to make, though maybe this is how rap operates.  And we’ve seen far worse in this genre: just recently, we confronted a scummy, pay-to-play operation called Coast 2 Coast, whose predatory operation charges rappers to appear at showcases in front of ‘label executives’ who can sign them.  The Wu-Tang offering is downright wholesome compared to that, though I’m not sure it’s the best move for cash-strapped rappers.

And a little bit of hip-hop history for the youngsters: Wu-Tang Clan started as an insanely powerful posse from Staten Island, and changed hip-hop forever.  But the group was packed with colorful characters, and a large number of them started successful solo careers, most notably Method Man, Ol’ Dirty Bastard, and Raekwon.  Others, including Ghostface Killa, Cappadonna, and GZA, also enjoyed reasonable solo success, part of a broader rap movement.