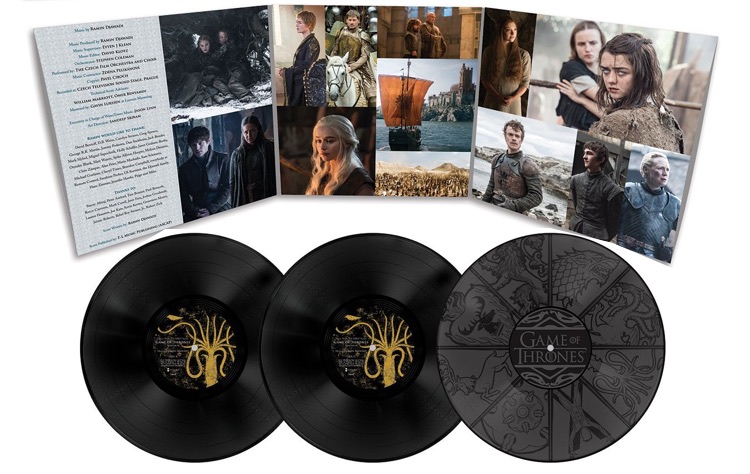 Game of Thrones is one of the most pirated TV shows on the planet, though this will be hard to copy.  Ahead of the weekend, the HBO mega-series released something befitting to its grandeur: a triple-vinyl gatefold containing the soundtrack to season 6.  That’s right: just one season, though the epic baroque opening theme is part of this release.

The soundtrack was penned by Ramin Djawadi, who has composed every season including the opening theme.  Get ready for an auditory trip back to Westeros and Essos, with epic scenery, warfare, brutality, and political treachery blasting through your speakers.  On the visual side, buyers will be treated to an etching of the various ‘house sigils,’ with artwork of the colorful characters.

The price tag is $35 on Amazon, with a packaged deal of $101.81 for seasons 4, 5, and 6.  If any of that sounds excessive, then you may not be the target buyer, though there seems to be plenty of demand here.  After all, triple vinyl releases are cost-intensive, and rarely created on a whim.

It’s all part of a ballooning vinyl format, one that is now attracting the attention of major television and Hollywood studios.  And anyone watching the runaway success of the package-heavy vinyl release of Star Wars: The Force Awakens understands the buying appetite of die-hard watchers.  The Star Wars release, with classic John Williams-composed music, is a double-LP, hologram vinyl release, and retails for a pricier $44.95.

In that light, the Game of Thrones release seems rather tame considering the overall popularity of the series.  Perhaps a cast-iron, custom-etched quintuple-vinyl version is on the way for Christmas (that’s just conjecture, by the way).

On the lower end, there are also releases of the soundtrack across every other format, including streaming, MP3s, and CD (for drastically lower price tags).