The Record Store Experience Must Not Die With The Shops 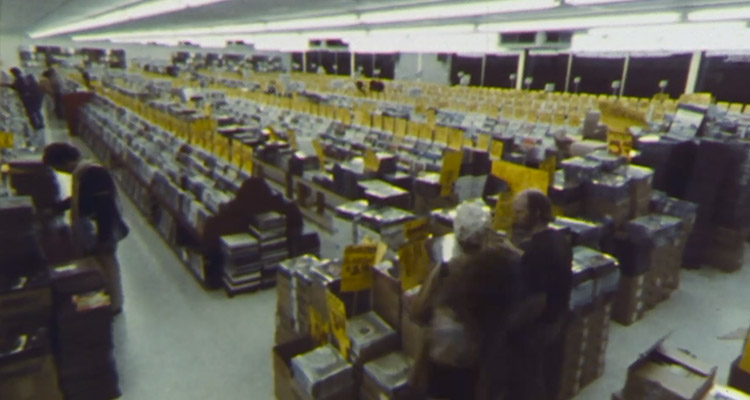 I’m 30,000 feet in the air bawling my eyes out because everyone on screen is as well. The people in this Delta provided documentary are discussing the demise of a company that had been a part of their lives for over 30 years. The company, was Tower Records. 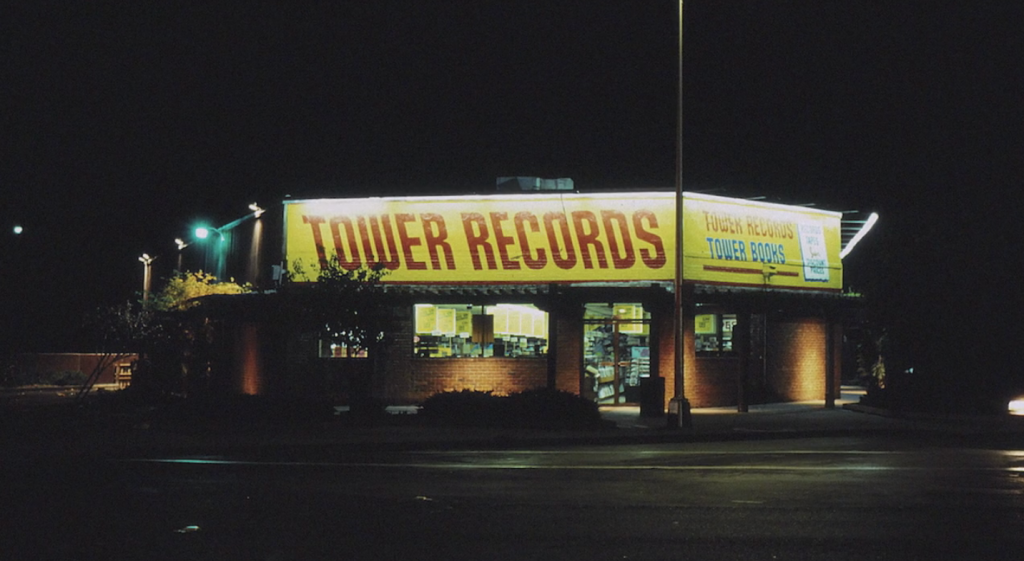 All Things Must Pass is an illuminating documentary that tells the human story behind the rise and fall of one of the most successful record store chains of all time. There was a culture that surrounded every Tower Records. There was no dress code. Dave Grohl said that he got a job at Tower because it was the only place that would hire him with his long hair. Tower employees partied in store. Sometimes they went home. Sometimes they slept there. Sometimes they partied all night and opened up the next day without sleeping.

Elton John fondly recalled that he would go to Tower Records on the Sunset Strip every Tuesday morning with a list of all the new records he wanted to purchase. He proudly proclaimed that he spent more money at Tower than anyone else in the entire existence of the shop. 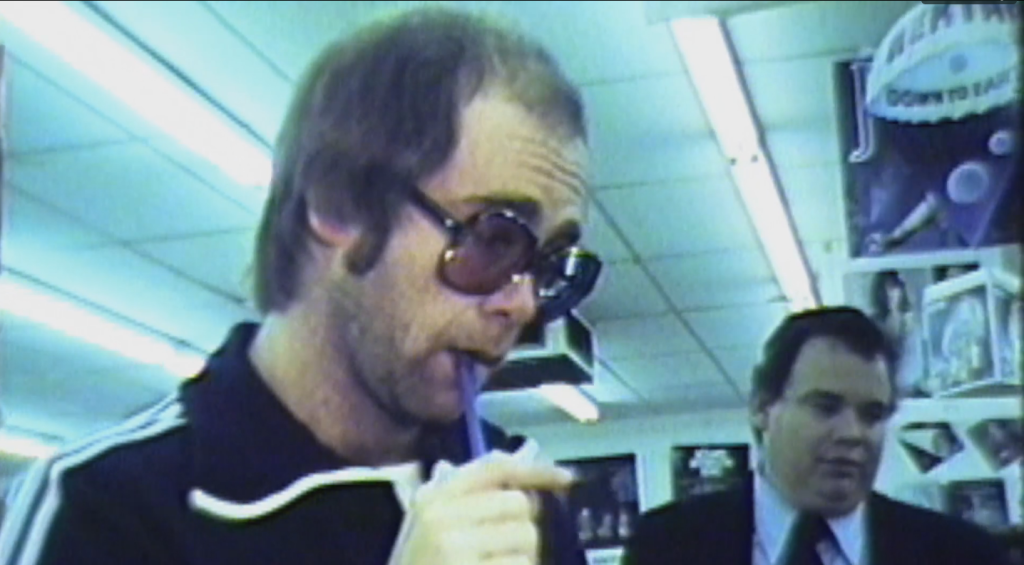 I’m part of the last generation of music lovers who will remember record stores. I vividly remember lining up outside the Exclusive Company in Madison, Wisconsin at midnight in advance of the new DMB album release. I remember spending hours at the listening stations at Hear music in Chicago where I first heard Phish’s (best album) Billy Breathes. I played my dad, a jazz lover, the instrumental track, “Cars Trucks Buses,” and convinced him to buy it for us (me) – unbeknownst to him he was setting his son up for a life of spiritual musical explorations via jam concerts (and weed). Or maybe he was well aware. High five, dad!

I spent a lot of time (and money) at the Exclusive Company during my high school years. The local radio station, Triple M, that played music I liked (rock, blues, funk and folk), had tall “As Heard On Triple M” plastic inserts sticking out of various sections around the shop. I always stopped here first every trip I visited the store. It’s why I bought John Mayer‘s Room For Squares on a whim. It had the Triple M stamp of approval. Long before “Your Body Is a Wonderland” took over the pop airwaves. That CD came with an exclusive accompanying CD with Mayer’s covers of Jimi Hendrix and Stevie Ray Vaughn songs. I’d like to think I single handedly converted my entire high school into John Mayer fans. But I know the radio had something to do with it as well.

I worked at a sub shop in Minneapolis when I was in college. I lived 4 blocks from the sub shop and on the walk home there were two record shops. Two! Know Name Records and CD Warehouse. I spent nearly all of the money I earned at the sub shop in these record stores. One day Nick Drake was playing on the Know Name speakers and I asked the older, dorky-looking clerk who it was and he handed me Five Leaves Left and Pink Moon and said, start with these. It was a scene straight out of High Fidelity. 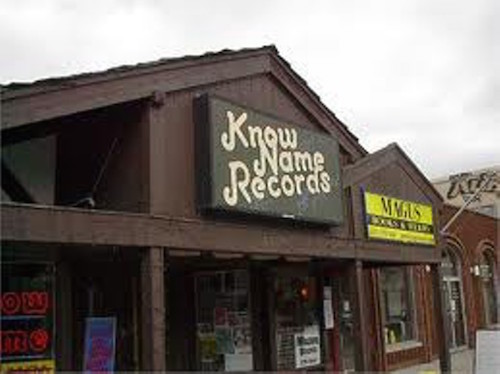 Now, a head shop lives where Know Name Records once stood and Five Guys is now where CD Warehouse once provided a respite for young music nerds.

Watching All Things Must Pass wasn’t actually nostalgic for me because I never got to visit a Tower Records. I moved to LA 4 years after Tower filed for bankruptcy. But I understood the passion all former staff members felt. It wasn’t just a job. It wasn’t just about the music. It was a community. A family.

Tower Records founder, Russ Solomon, and the entire Tower staff understood that it was never just about the music. 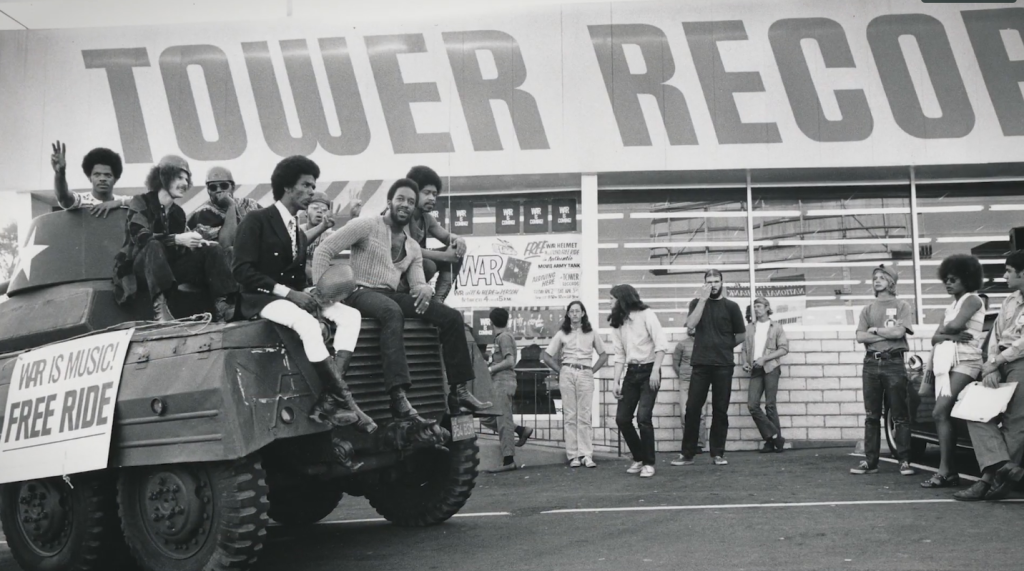 The reason people loved going to Tower was because of the culture, the community, the vibe and the experience. It was a hangout for youth.

“The presentation of music was physically exciting.”

That’s something that unfortunately has been lost in the digital age. There is no enhanced experience with recorded music anymore. When we had record stores, music lovers could congregate, make new friends, have a communal bond for the 20 minutes they were inside. 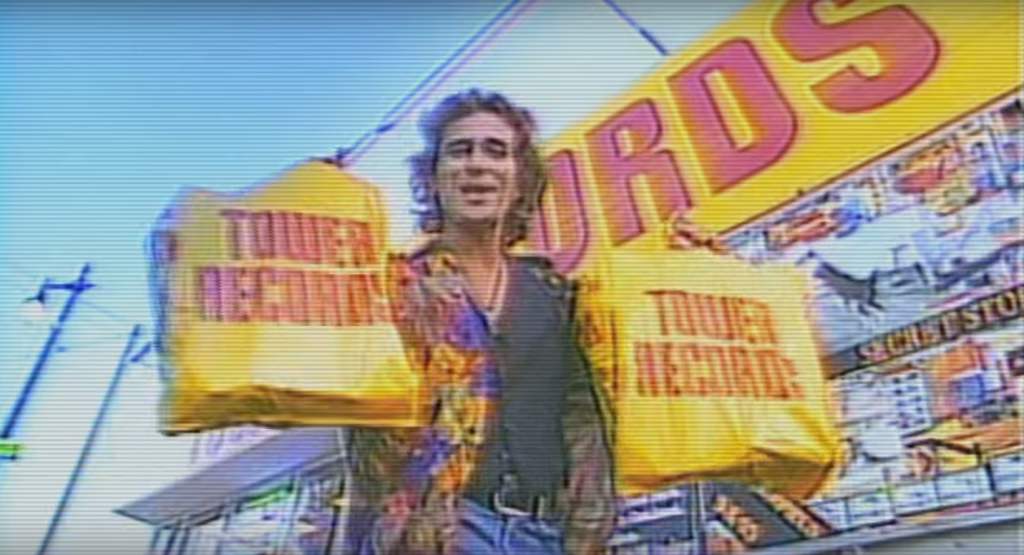 Record stores stimulated so many senses: Simply approaching the store the endorphins began to explode as all the exciting new promotional displays in the windows and on the walls came into view. Walking into the store came with the familiar smell. Tuning in and out the song playing over the speakers while chatting with a new friend or a clerk. Sifting through the CDs or records and reading the date, track listing, players, label. And then taking that album up to the front, having a brief conversation with the clerk about your selection as they ring it up and pop it in a familiar bag. You felt pride and a sense of accomplishment walking out of the store holding a new prized possession. And of course, the moment you got into your car, you’d pop the new CD into the player.

What experience do we have now with recorded music? Clicking “shuffle” on a Spotify playlist? Downloading a song on iTunes? What happens if you fall in love with a new artist? There are no liner notes, lyrics, player names, or any of that info in digital streaming or download services. Where is the enhanced experience? There are no accompanying visual components – aside from a tiny digital album cover which may or may not be able to be expanded on the screen to admire.

+Tidal, Spotify, Apple All Miss The Point. This Is The Future Of Recorded Music

Why doesn’t Spotify, Apple, Tidal or the rest realize that if they provided an enhanced experience customers would flock to them? Apple wouldn’t have to force their customers, kicking and screaming, into a transition they are currently uncomfortable with (because Apple seems content ripping the last remaining semblance of ownership music fans once had – without replacing it with anything superior).

+Apple Just F’d Me With Beyonce And The iPhone

I consider myself pretty advanced with technology and for the life of me I cannot figure out why the music that I OWN which was once natively stored on my iPhone sometimes disappears when I go into airplane mode. Only some of it. Of course, only the songs I actually want to listen to. I don’t have Apple Music and refuse to make the transition because it f*cked up my entire library when I first tried it. And another musician revealed that Apple outright stole original compositions from his library and replaced them with inferior quality versions. Or sometimes never replaced them at all.

The record store experience millions of music lovers once had could be created in the digital age, just no one has done it yet.

And no one seems to care to do it.

Why not create experiences like that of the record shops?

Yes, we have concerts. But concerts are expensive and the big ones of artists we care to see happen few and far between. I went to buy tickets yesterday on Ticketmaster. $40.50 was the list price, but there were $15 in fees?! Are you f*cking kidding me? Didn’t Ticketmaster get sued over this exact practice? Have they learned nothing? Enough with the greed!

We need more listening parties. We need more physical hangouts for music lovers. Record shops were free. We need more bars with excellent sound systems and top notch sound engineers HIRING top notch local and regional bands to perform. Charge a $5 cover, but bars will make their money in drinks. This used to happen much more often. Now club “promoters” can’t see 4 feet in front of their faces and CHARGE bands to play and require them to bring the entire crowd, not realizing that if they provided an experience that people craved, word would spread, and their jobs would be done for them.

Create a goddam EXPERIENCE people crave and people will come.

I’m over the record store nostalgia. I’m onto the path of the future. How are we going to bring the magic back to recorded music?