How I Learned to Hate the Phrase ‘Blue Eyed Soul’ 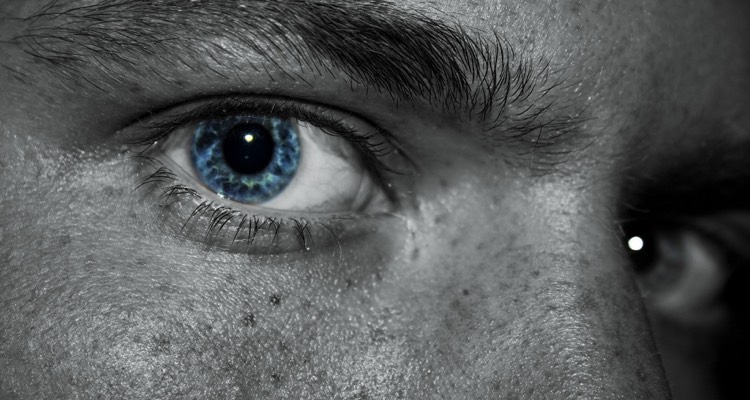 A commentary about race, music, and soul.

It comes from the fact that white artists like Sam Smith & Adele have very powerful, politically-driven marketing machines pumping millions of dollars into their careers, while black artists like Jazmine Sullivan don’t nearly get the support they deserve.

White people becoming ‘vultures’ of black culture is a real thing that most white people don’t want to admit.  I was at Le Souk nightclub in New York last weekend.  After my 5th Jameson on the rocks, I started paying closer attention to the people in the club and their behaviors.  Something was incredibly off-putting; a club population largely comprised of white people from middle-upper class backgrounds dancing and singing every word to “Milly Rock“.

What’s wrong with this picture?  Think about it.  These high priced clubs are profiting from creating a euphoric environment that allows affluent white people to live in a rap fantasy.  They’re playing music that has gang and drug connotations to it; made by artists that largely come from poverty stricken, inner city communities.  There’s nothing about the music that middle-upper class white people can relate to; yet they love it.

The Truth Behind “Blue Eyed” Soul

“Blue eyed” soul is a stupid phrase from the 60s that described white artists with a soulful sound.  However, the term evolved to become much more.  It actually represents a manipulative marketing tactic that labels began using to position soulful white singers as rare, or exceptional.

To some people, talent is talent.  To others, this is the early onset of White Corporate America finding a clever way to exploit black culture for its own profits.

“If I could find a white man who had the Negro sound and the Negro feel, I could make a billion dollars.” —Sam Phillips, Sun Records founder.

My Problem With “Blue Eyed” Soul

I hate the term “blue eyed” soul.  Being that I’m a white guy with a soulful voice, it never sat quite right with me.  First of all, I’m of Italian descent with dark hair, brown eyes, and mostly ethnic physical features.  Not exactly blue eyed.  What about Asians and Hispanics?  I know plenty of soulful Asian & Hispanic singers who are amazingly talented.  Are we all just lumped into this “blue eyed” soul category together?

What I hate even more about “blue eyed” soul is that it automatically assumes that I shouldn’t be soulful to begin with.  It creates generalizations.  The white singer can’t be soulful, while the black singer is expected to be soulful.

That said, let’s think about the flip side of the argument.  What about when a black artist like Jason Derulo yields massive career success by means of creating auto-tune infested commercial pop / electronic music?  Does the black community view him as a “sell out”?

To be simplistic, a guy like Derulo is just catering to a larger audience by creating music with less depth.  The problem with the music industry is they love putting artists in a box; everyone has to be categorized and confined.

12 Things You Should Never Say To a Musician

The Politics of “Blue Eyed” Soul

A few years ago, I was approached by a record label A&R (basically a talent scout).  He told me that the label sent out a directive to all the A&Rs to find new white artists to sign.  We agreed to have a meeting to discuss my music career and potential opportunities.  During our meeting, he laid out a proposal that would outline a strategy for pitching me to a major label deal.

In this strategy, there were many racial criticisms of my look and sound that were extremely insulting.

This is real life experience.  I can’t make this stuff up.  Anyone who knows me can guess what I told him to do after that meeting.

Aside from that ignorant “your voice is too black” A&R, I’ve gotten my own label meetings before.  Here’s the feedback I got from the lawyer who was shopping me.

*Names of Lawyers + A&R’s have been omitted because I don’t feel like getting sued.*

The label A&R said I had a “cool Robin Thicke vibe.”  If you’re a white singer and you get compared to Robin Thicke, that’s usually a good thing.  I’m not mad at it, just making a point that white singers get associated with other white singers.  From a marketing standpoint, it’s what labels have to do.  They want to be able to say that as an artist, I am similar to something that has been successful in the past, and therefore, I am a low risk investment.

Stealing Black Culture, Or Influenced By It?

These were just the artists I could think of from the top of my head, but they’ve all benefited massively from a sound built off black music.  Did they steal it, or were they just influenced by it?  I believe Jesse Williams has the answer…

“We’re done watching and waiting while this invention called whiteness uses and abuses us, burying black people out of sight and out of mind while extracting our culture, our dollars, our entertainment like oil, black gold.”

As a white singer, listening to those words were chilling.  Not because I don’t agree, but because artists I get compared to are making millions of dollars by emulating black culture without any of the responsibilities to go along with it.  As the saying goes, “America loves black culture, but not black people.”

The real issue is clear.  White artists who have built empires off black music never seem to stand up for black issues when it matters most.  The same white fans who are partying to “Milly Rock” in the clubs are the same ones that would never actually download the single on iTunes.

What About White Rappers?

I don’t rap at all (just freestyle when I’m drunk), but I can tell you this.  Music is a gift from God.  It wasn’t meant to divide us. Man created the division.  The music is meant to bring us together.  Talib Kweli wrote a fascinating article on white fragility in hip-hop that says white rappers will get respect in the hip-hop community as long as they aren’t leveraging their rhymes to silence black pain.

“Because hip-hop as a culture is based on skill, as long as you have skills, you will be respected regardless of race. You will be given what is sometimes crudely referred to as “a pass.” This is a beautiful thing. It is proof that hip-hop has unified more people of different races than any other culture” – Talib Kweli

Let’s be real – labels know good and well what they’re doing when they put together a package like Iggy Azalea.  It’s a machine-made marketing product meant to drive profits.

Black Thought’s first verse in The Roots – “What They Do” is more relevant now in 2016 than it was when the song first came out.

No.  They are not.  At least not the way mass media tries to make it seem. For example, last year GQ dubbed Sam Smith as the “New Face of Soul.”

Most people don’t realize that the notion of “blue eyed” soul was created to even the playing field between black and white singers.  That’s what White America does when black people are better at something; they try to create their own version of it so that it appeals to a larger white audience.

Sorry Tank, I’d disagree with that one. Robin Thicke’s last few years have been atrocious, both musically and personally. Justin’s last project was very good, but I still don’t think it’s enough to say that he’s leading the charge in R&B music.

There’s a lot of great R&B music being made by black artists, it’s just harder to discover.  In 2015, some of my favorite releases were from Ne-Yo, Tyrese, Jazmine Sullivan, Miguel, Tamar Braxton, & Kehlani.  For some reason though, it seems like all we heard about was Adele and The Weeknd.

Tyrese even promoted his album on the NYC subway.. While this is admirable, would you ever see Sam Smith having to do this? Doubt it.

Tank dropped a Valentine’s Day EP last year that was masterfully done.  He remade songs like Justin Timberlake’s “End of Time” and Sam Smith’s “Stay With Me.”  Any true R&B fan is already familiar with Tank’s impressive vocal and musical prowess. To me, it felt more like he was proving a point with the release.

We can’t blame the consumers… or can we?

This is alarming. This is why you see artists like Tank jumping onto the TRAPSOUL bandwagon. It’s a desperation move to stay relevant.

Damn Tank. You’re even rocking the Bryson Tiller look.  Can we really blame him though?

There are problems beyond race that live within the consumers. With my generation in particular, nobody really cares if you can sing or how talented you are.  What matters most is partying.  Can your music help enhance the party atmosphere?  If not, you’re going to have to tap into that undiscovered niche market and supply an “abstract” demand of music.

With all that said – R&B is just as good and diverse as it has been in years, but commercially it suffers (if it isn’t branded as white).  And tying it back to the blue eyed soul thing: white artists aren’t making better soul music; they’re just marketed better. Statistically speaking, the white marketplace is much larger than any other market.

With whites representing about 62% of the population, that widens the marketing opportunity to be 5x greater than that of the black audience.

Even Talib Kweli admits that white kids will always be the primary consumers of hip-hop around the world. When it comes to R&B / Soul, that is simply not the case. White audiences just haven’t extended the same listening courtesy to black artists.

Call it political.  Call it racial.  Call it what you will.  All I can do is my part, which starts with having the guts to write this article.

Oh yeah, and for the record. F*ck that “blue eyed” soul bullshit!