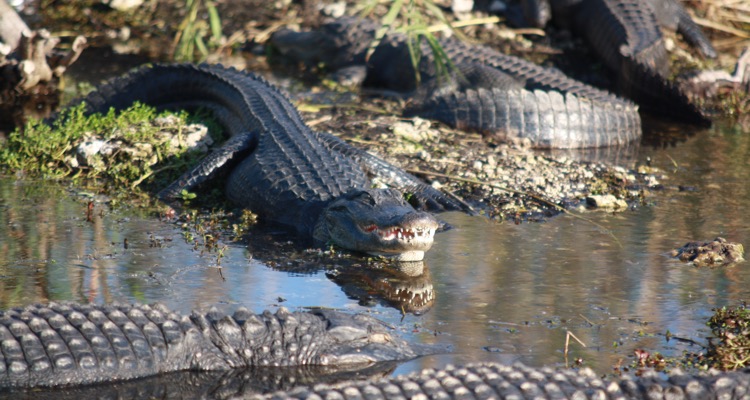 After toeing the waters for years, French streaming music service Deezer is finally taking the plunge into horrifying American waters.  This morning, the company officially planted its flag in New York, and announced its US-based launch across iOS, Google Play, Windows and Deezer.com.  That follows a limited release on mobile (via Cricket Wireless) and higher-end stereo systems offered by Sonos and Bose.

And yes, these waters are horrifying.  The decision pits Deezer, a service with zero name recognition in the United States, against a competitive cast that includes Apple Music, Spotify, Google Play, YouTube, SoundCloud, Tidal, Pandora, and Napster, will billions currently being burned on customer acquisition and brand building.  Of that cast, Google, Napster, Microsoft Groove and SoundCloud are struggling to attract paying subscribers, while Pandora is planning a massive on-demand streaming launch of its own.  This isn’t a open lane, it’s a scorched Mad Max highway of death.

That’s not to say it isn’t a fight worth pursuing.  The spoils for the music streaming victor could be immense, with bulls like Emmanuel Zunz projecting growth to more than 500 million subscribers in just 2-3 years.  Others have dialed that figure even higher.

For years, Deezer has eschewed the extremely expensive, extremely competitive US battlefield, preferring to cater towards smaller countries that are totally underserved.  Roughly 200 countries later, Deezer has painted themselves across a globe in various stages of music technology adoption.  But that isn’t racking up enough subscribers, and Deezer was forced to rescind an IPO in France after investors started rifling through the numbers.

Streaming music is a long-term play, but questions quickly surfaced on whether Deezer was pursuing the best strategy.  A quick due diligence revealed that 6.34 million Deezer ‘subscribers’ hadn’t even accessed the service once in the past month.  Bundled mobile packages were partly to blame, with ‘subscribers’ sometimes not even realizing they were carrying a full-blown Deezer package in their pockets.

Turns out the strategy needed the US.  Aside from being the largest market, the US carries advantages of a unified, massive marketplace that isn’t saddled by Brexit initiatives and overwhelming regional differences.  Culturally, and technologically, these differences seem to be flattening over time.  An apple farmer in Washington can probably get through a conversation with a crawfish catcher in Louisiana, and more importantly, they’re spending the same currency on a similar basket of goods.  Strangely, that conversation might include many of the same artists (just check Pandora’s latest data if you doubt that), not to mention many of the same technologies.

This isn’t just an American thing.  In a visit to the Middle East, Steve Jobs marveled at how quickly technology can spread across the world, with uniform use of smartphones and the internet.  Sounds like an amazing opportunity, but launching in each worldwide territory is… a f—king bitch!  Pandora has tens of millions to deploy, but remains confined to the US, Australia, and New Zealand while a patchwork of unfriendly rights (and entrenched local industries) keep them out.  Strike up a conversation about music in a London pub, and nobody’s even heard of Pandora.

At least Christopher Columbus didn’t have to negotiate with three major labels, angry indies, bureaucratic PROs, multiple mechanical licensing administrators, and innumerable publishers in 1492.  And that’s what kept Spotify at bay for years before finally making it to America in 2008.  Before that, they were already all the rage in Europe but nonentities in the States!  Now, 8 years later, Spotify is a household name in the US, but it took hundreds of millions of dollars to achieve that.  And they’re still facing a critical death match with Apple while struggling to go public.

Meanwhile, otherwise great streaming services like Rhapsody, recently rebranded like Napster, are holding on.  They’re losing subscribers to the elephants, while SoundCloud, Google, and Microsoft continue to struggle for meaningful traction in this marketplace.  Even svelte pays like Rdio, arguably one of the best services, bit the dust, rescued from bankruptcy by Pandora.

That’s not to say that Deezer can’t do this, that there aren’t opportunities that Spotify and Apple are missing.  But launching a paid-only service with limited product differentiation isn’t a strategy that is likely to make a dent.  Deezer is pushing into this market with ‘Flow,’ a recommendation-focused approach that could offer some differentiation from Spotify, for example.  But is it mind-blowingly differentiated, to the point that people can’t NOT tell their friends about what they’ve discovered?

Apple Music is a mess, sure, but Apple is starting to clean things up.  Headaches like song mis-matching, and iTunes product confusion and bloatware are going to improve.  And once Apple dumps downloads, it’s all about streaming, all the time.  Can Deezer compete against a multi-billion dollar war chest, one being focused almost entirely on music streaming as early as 2018-9?

Luckily, Deezer has deep pockets of its own, thanks to the involvement of Russian billionaire Len Blavatnik*.  But Google, Microsoft, SoundCloud, Pandora, Spotify, and Apple are also billionaires… and some are spending multiples of what Deezer is deploying.  It makes me think that the only way Deezer can compete is (a) by spending that cash and getting a lot more, (b) pursuing an extremely fair and transparent payment process that artists will support, and (c) trying to roll up smaller competitors like Napster and Tidal to create the ultimate alternative for a hipster niche of music listeners that eschew the bigger players.  It might even make sense to nestle into the cocoon of a bigger player struggling to get in, like Google Play, Microsoft’s Groove, or even SoundCloud.

And what about the high-end?  Where’s Deezer’s high-fidelity differentiation?  Tidal has already amassed more than one million higher-fidelity subscribers, paying $20 a month each!  Neither Spotify nor Apple Music are offering this yet.  Tidal is constantly getting complaints from indies about late payments, their app had bugs, their launch was a PR disaster, their executives couldn’t stop jumping ship.  But Tidal achieved artist credibility in the end, they locked down the urban market with exclusives and curation, and they’re cornering the higher-end niche with respectable subscriber number numbers.

Now THAT’s how you dance with elephants, Deezer.  Good luck.

Update: Deezer has since responded to this piece, noting that they actually have a higher-fidelity tier for Sonos subscribers only (but critically, not the broader service).  It’s called Deezer Elite; no word on if this is going to be expanded (we’ll keep you posted).  Also, Deezer says there actually is going to be a free tier, but it looks like users can only access it after trying premium for 30 days (and most likely, putting down a credit card).  We’ll figure it out, and update later.