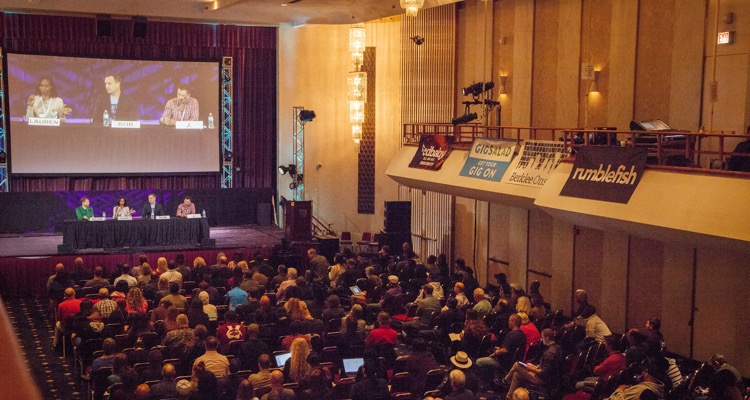 Last year, digital distributor CD Baby decided directly serve its artist clientele with a conference focused entirely on DIY marketing, distribution, and fan outreach.  That turned out to be a great idea.  The inaugural run was packed, so of course they’re doing it again and attracting some indie starpower in the process.

Boilen will be a special treat, especially for public radio nerds.  The creator of All Songs Considered and Tiny Desk Concerts has helped to propel a number of big indie careers, while building NPR into a great music discovery house.

As for Patsavas, attendees will be treated to tips from one of the most knowledgeable music supervisors in the music industry.  Patsavas has scored music for a long string of high-wattage shows, including The O.C., Grey’s Anatomy, and Gossip Girl, among others.  “Bob and Alexandra’s dedication to finding and giving a platform to independent artists from a wide range of genres and backgrounds is inspiring,”relayed Kevin Breuner, VP of Marketing at CD Baby.  “We want to share that inspiration with our attendees, and help them see how their work fits into the bigger picture.”

Also on tap will be Digital Music News’ own Ari Herstand, who will lead a panel on labels.  That’s one of 30 different sessions, with endless networking and performances of course part of the fun.  The action is happening in Chicago from September 30 to October 2, 2016 at the Congress Plaza Hotel (more info here).