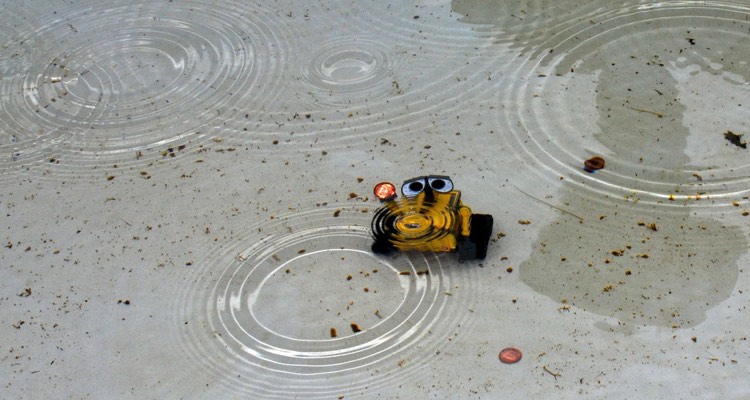 Last year, Apple Music got off to a rocky start with artists after it was discovered that artists wouldn’t be paid anything on free trial plays.  That stung pretty badly, considering that virtually zero users would be paying for Apple Music during the first three months of launch.  Instead, 99.9% would be using a three-month free trial, and only rolling into a paid relationship after that point.

Only after the user rolled into a paid account would artists get paid.  Otherwise, the artist made nothing, even for thousands of plays.

The zero-pay decision was first reported by Digital Music News, after receiving a leaked contract from an independent label.  Indeed, independent labels had been unsuccessfully protesting Apple’s decision, and appeared powerless against the might Apple Music.

Then, something interesting happened: Taylor Swift publicly protested Apple’s no-pay decision, leading to a reversal within 24 hours.  Here’s the tweet sent by iTunes executive Eddy Cue after an emergency meeting. 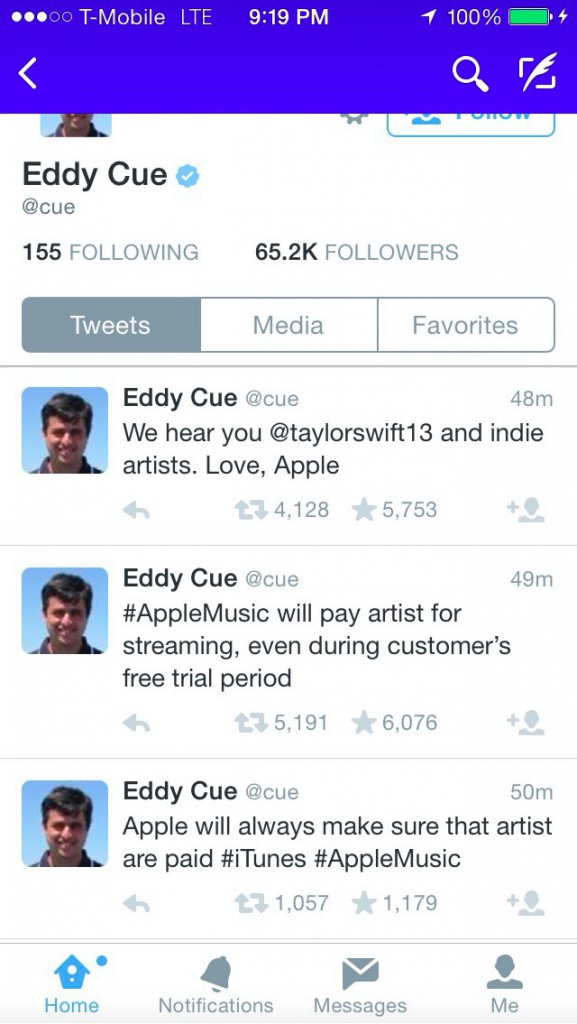 Sounded like a big victory for artists.  But exactly how much was Apple planning to pay?  One year later, we have the answer, with a leaked royalty statement revealing a payout of approximately $0.0017 per free trial stream.  The payout was determined during a test conducted by an independent r&b and hip hop label, and shared with Digital Music News.

Here’s a quick excerpt of the statement shared, specifically the section dedicated to trial subscriptions (click to see larger size).

We contacted Apple to see why this rate was so low, and whether the company regarded it as fair.  We shared this statement, but only received an offer back to call us on Monday (we’ll let you know what they say).

But is Apple breaking any laws or agreements with this extremely low rate?  Actually, no: according to another leaked contract we received last year, Apple promised a rate of $0.002 per free trial stream.  Not sure how the lawyers would approach this one, but $0.0017 does round up to $0.002, and might dial higher with a bigger data set.  Actually, given that there are a variety of lower rates outside of the US, $0.0017 might even be better than promised.

Here’s a look at the pertinent section of that leaked contract, which you probably signed. 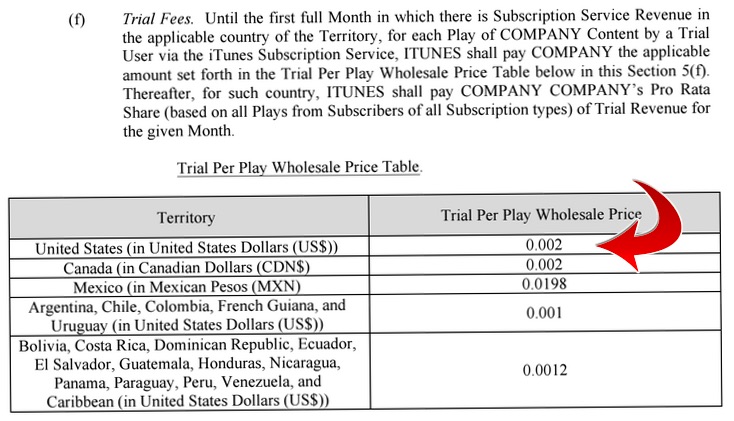