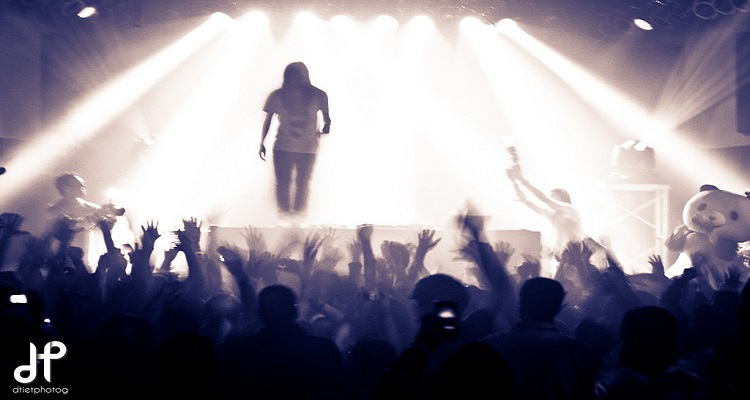 Concertgoer Brittany Hickman’s lawsuit against Steven Hiroyuki Aoki, better known as DJ Steve Aoki, and Hard Rock San Diego took a huge step forward last Tuesday after imploring a jury to find the Hard Rock venue liable for the future costs of her care and her ongoing pain.  The lawsuit was first brought to light in 2015 when a news report by local ABC San Diego affiliate, ABC10 News, reported that Hickman allegedly claimed her neck was broken by Aoki after he had performed his famous pool raft jump stunt.

According to Hickman, she was at a 2012 concert when Aoki started to climb the scaffolding, proceeded to jump onto the pool raft, and then crowd surfed.  In an interview with Cristin Severance, she claims that at that moment, she was knocked unconscious and doesn’t have any memory of what happened afterwards:

“I came to when one of the people who was working for the Hard Rock was wrapping up my ankle.”

Hickman also claimed that she didn’t know her neck was broken until she went to the hospital several days later when a pain she felt got worse.  After a CAT scan, hospital staff put on a neck brace and told her she had broken her neck.

After gaining huge support from colleges thanks to relentless touring, Aoki, half-brother of famous model and actress Devon Aoki, became known for stunts during his performances like crowd surfing, riding rafts on the dance floor, spraying champagne bottles, and throwing cake at fans, which has since become his signature stunt.

Originally from the Midwest, Hickman told reporters that she had left the Midwest for a new job and “a life with no snow” in Scottsdale, Arizona and apparently had never seen nor heard of Aoki when co-workers invited her to the concert.

According to Jeremiah Lowe, who’s representing Hickman, Hard Rock should have known Aoki would try a stage-diving stunt.