Feeling Down? According To a New Study, Just Dance or Go To a Concert 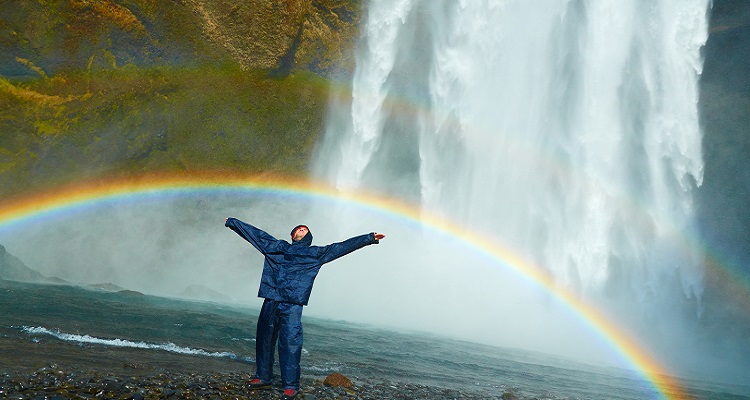 If you’re happy and you know it, clap your hands.

This classic childhood song (one of my daughter’s favorites) tends to repeat itself, with just a few minor changes in the lyrics, but the end result is always the same: you’re going to have to find some way to express yourself based on how you feel.  A new study done by two professors from Deakin University in Victoria, Australia, gives a few startling revelations about how music may truly affect us.

The study decided to take a look at the connection between “music engagement” and “subjective wellbeing,” which is comprised of individual evaluations of “life satisfaction.” The study starts off by first establishing that music can be an “enjoyable and satisfying everyday activity,” can reduce stress as well as evoke “positive feelings” like joy, relaxation, and empowerment, and engaging with music can be used as a “problem-coping strategy.”

Music engagement has even been associated with “with a lower mortality rate in a large national Swedish study.” What’s surprising here is how music has been a proven “strategy to help manage and regulate [people’s] mood.”

Melissa K. Weinberg, who holds a PhD in Quantative Psychology, and Associate Professor Dawn Johnson from the School of Education decided to take a point of view about what implications music actually has in a person’s “subjective wellbeing” (SWB in the study), which is the scientific physiological term for “happiness,” which, according to the study, is “positive, stable, and consistent over time” and generally defines “an individual’s perception of the quality of their own life.”  According to several other studies done, a person’s SWB can be measured simply by using “general questions about life satisfaction.” The SWB usually lies between 70 and 90 on a “100-point scale in normal Western populations.”

The study goes on to cite important factors in returning to normal SWB, admitting that when SWB is below its set point, external resources like “money  and  relationships  are  powerful  in  the  process  of   homeostasis,” or returning to that set point. Close relationships serve as an “outlet for stress and anxiety, while simultaneously reinforcing one’s belief that they are a loved and valued person.”

So what does music engagement actually mean and how does this affect our SWB?  Before diving right into their methodology, according to Weinberg and Johnson, advances in technology have increased music availability and accessibility to people.  The study even states that “hearing music is practically unavoidable in today’s day and age.”

Music engagement can either be active, “such that [people] are creating music,” or passive, in that “they are consumers of music.”  Music engagement can be directly correlated with wellbeing, since “positive relationships have been found between music and wellbeing” for people who listen to music, decide to sing, play an instrument, create or compose music, attend music festivals, and just straight up dance.  Even teenagers, when intentionally attempting to regulate their moods, deliberately listen to music, and “those looking for ‘diversion’ away from an unpleasant mood typically sang or played music.”

Are there any differences between genders?  Of course.  According to a 2012 study, higher life satisfaction for women is associated with “singing, theatre, and dancing,” while for men, it’s all about dancing.  Regardless of gender, directly engaging in music actively generally provides “greater individual benefits than passive  engagement, because  activities  like  producing  music  and  performing  encourage  self-exploration,  emotional  expression,  self-esteem  and  confidence.”

There’s even a social aspect to music, which has a lot of benefits.  Engaging with music “in the company of others is associated with stronger positive experiences.”

Weinberg and Johnson focused on three key factors in their study:

Weinberg and Johnson conducted their study by interviewing 1,000 Australian individuals by phone, asking to speak only to those who were over 18 and had the most recent birthday.  The average person had an average age of “56.45 years,” with 56.5 married and about 33.9% retired.

Participants were asked questions on “general life satisfaction, subjective wellbeing, and engagement with music.” In the single question about life satisfaction, they had to rate their life satisfaction on a scale of 0 to 10.  In regards to their personal wellbeing, they were subjected to a seven-item scale, rating their level of satisfaction with “various areas of life such as standard living, health, achieving in life, relationships, safety, community connection, and future security,” again on a 0-10 scale. Finally, they were asked a series of yes/no questions to “establish their habitual modes of engaging with music,” reporting on whether they listened to music, played an instrument, sang, danced, created or composed music, and/or attended musical concerts.

If anyone said they danced, sang, or played an instrument, they were then asked if they did this alone or “in the company of others.”

So, what did they find?  Simple.  Those who said that they danced or attended musical events had higher scores than those who said they didn’t.  This factor didn’t  change, even after considering gender.  But surprisingly, while they did report a higher personal wellbeing index (PWI), their general life satisfaction (GLS) scores “were not significantly different from those who did not  engage  with  music  in  those  forms.”  But here’s more positive news for those who did dance.  They reported “significantly higher scores” for health satisfaction, achieving in life, relationships, and community.  Once again, this factor didn’t change when considering gender.

But, wait, how about the social engagement factor Weinberg and Johnson asked about?  Well, thanks for asking.  Those who sang with others had higher scores in general, specifically with satisfaction with standard of living and community connected than those who sang alone.

So, what’s the conclusion?  While the study was done with the general Australian population, we can’t ignore the conclusions Weinberg and Johnson generated. Those who actively engage in music either by dancing or attending musical events do tend to be much happier than those whose music engagement is limited either to solo acts or not doing anything at all.

How about the social beasts? They’re also much happier than those who are introverted or the fabled “lone wolf.”