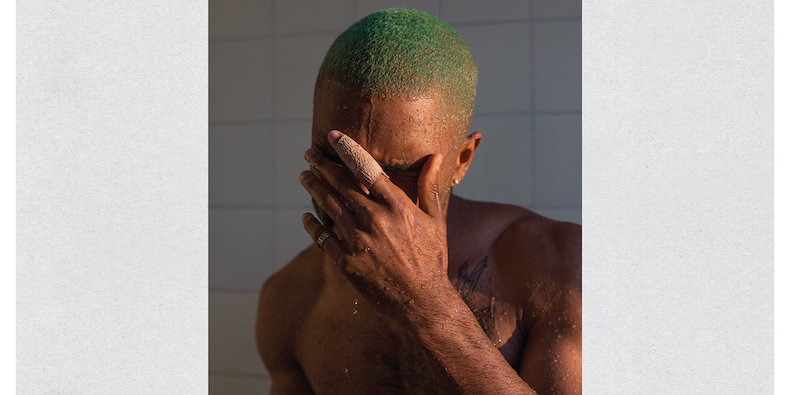 Update (Tues., 11 am PT): This article was written on Sunday; the Drive with the entire album is still available as of Tuesday, 10:30 am PT.  Apple Music, through its agent GrayZone, has now demanded that we move the link to the Google Drive account, though they wouldn’t explain why Google isn’t also taking it down.  We removed the link (more on that later); here’s the original article as published on Sunday.

Piracy channels are now in overdrive, thanks to another restrictive Apple Music exclusive from Frank Ocean.  That includes an entirely free download of Ocean’s second album, ‘Blond,’ on Google Drive.

Frank Ocean fans are now pouring into torrents, illegal sharing, and forums like Reddit to grab the artist’s second album release, Blond, thanks to another restrictive exclusive on Apple Music.  The album, which quickly follows the release of Frank Ocean’s visual album, Endless, was released on Friday and is limited to Apple Music paying subscribers only, an audience of more than 15 million.

That sounds like a lot of people, but a large percentage of Ocean fans are finding themselves left out.  Other heavily-used streaming services, like Spotify and Tidal, don’t have either album, which is driving tons of traffic to shared lockers, torrenting links, and direct downloads from unauthorized sites.  That was an immediate issue on ‘Endless’ (first reported here), but has now gone crazy with ‘Blond,’ released Friday.

Apple’s exclusive also includes iTunes downloads, which means that lots of fans are easily reposting folders containing one or both albums.  We’re also learning that there’s a CD version floating around, with a potentially different tracklisting.

On a heavily-trafficked Reddit thread, one user posted the entire album on Google Drive, with the collection still available almost 24 hours after its posting.  (Update, Tues. 11 am PT: we’ve now removed the link after being threatened by Apple Music, though strangely, the Google Drive itself remains live).

The folder, incorrectly (or maybe, purposefully) titled ‘Blonded,’ contains 17 tracks and was posted by user ‘Diriangen D Sanchez Palumbo,’ though the user deleted his (or her) identity on Reddit at the urging of a commenter. 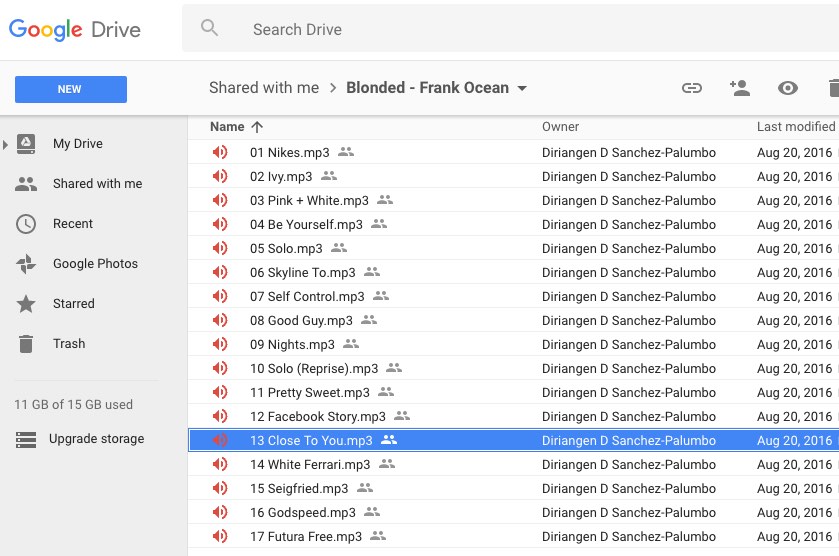 The Reddit thread, just one of several dedicated to sharing free downloads of the album, is also live.  That could create a problem for Reddit, which found itself in legal barbs with Atlantic Records last week over a leak of the ‘Suicide Squad’ soundtrack ahead of its exclusive release.  So far, Reddit’s lawyers have stepped in to protect the identity of the poster, but the forum seems to be gaining importance as a critical file-sharing tool.

Not only that, members of the tight-knit Reddit community are also taking steps to protect one another.  “Yooo delete this,” one commenter advised the ‘Diriangen’ poster.   “I appreciate it, but your name is attached to this and I’d hate to see you deal with any repercussions that may follow. Upload to Zippyshare or MEGA or something.”

On that note, swapping of publicly-posted versions of both albums are proliferating across a number of file-sharing lockers.  In the same Reddit forum, for example, a functioning link to redirectlock.com is posted (we didn’t try the download, but it looks functional).

Meanwhile, Google search is quickly pointing users to lots of additional locker locations.  And torrent channels are also surging, with ‘Blond’ topping the list of top-seeded torrents on the Pirate Bay. 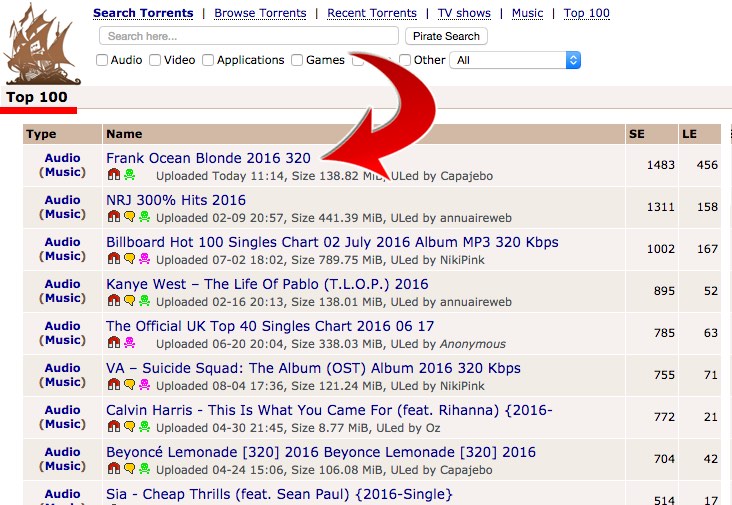 As for the album itself, we haven’t listened to it, because we don’t have an Apple Music subscription (but we do have Spotify and Tidal subscriptions).  So, like many Ocean fans we’re locked out, though Pitchfork says it’s a pretty good album.