Airport Security: Coming to a Concert Near You! 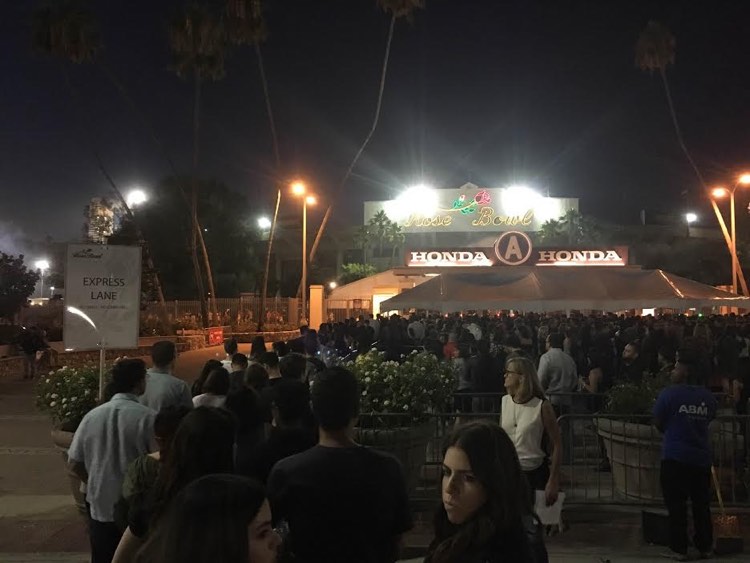 ‘Airport Style Security’: Long lines, heavy security, and severe restrictions on baggage at a Coldplay concert at the Rose Bowl in Pasadena on Sunday night.

Across the US, music venues are implementing airport style security in the hopes of preventing a serious terrorist attack.  Many, like the Hollywood Bowl, remain largely unprepared.

US-based music venues are now under heavy pressure to step up security, with terrorism and lone shootings increasingly common.  In response, a number of music venues and mixed-use stadiums are implementing airport style security, with metal detectors, pat downs, and severe baggage restrictions.

Live Nation, one of the largest venue operators in the US, recently integrated TSA PreCheck registration and clearances into their ‘Fast Pass’ programs.  Live Nation immediately backpedaled after announcing the deal and downplayed the security aspects, probably because music fans don’t want to feel like their airport.  But, that’s exactly what’s happening here, with heavier security almost guaranteed to improve if an actual attack occurs.

Live Nation’s TSA Pre integration is managed through a partnership with IdenteGO, a private firm contracted by the US Government to collect private traveler information, conduct extensive background checks, and flag terrorist threats.

Looking ahead, almost all major music events will be subject to stepped-up security.  That’s been the case at the Rose Bowl since December of last year, when the stadium implemented strict policies limiting what attendees could bring into shows, games, and all other events.  At a pair of Coldplay shows happening at the Rose Bowl over the past weekend, fans were strictly prohibited from carrying baggage into the stadium, unless the bag was clear with all contents easily viewed.

In case there was any confusion, every ticket holder is now being offered a clear guide.  Tiny ‘clutches’ are allowed, with almost everything else, including diaper bags and clear backpacks, are now strictly prohibited. 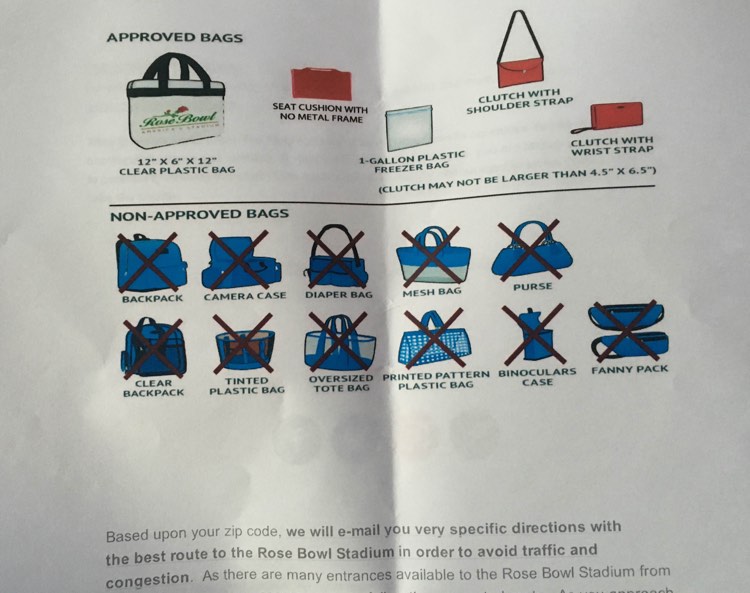 Smaller items like attaches, makeup kits, wallets, and cellphones were permitted, though all items had to be inspected by security staff.  Additionally, all attendees were required to endure long lines, metal detectors, and other inconveniences, with some forced back to their cars to store bags and other prohibited items.

Here’s the scene at one of the entrance points at the Rose Bowl ahead of Sunday night’s Coldplay performance. 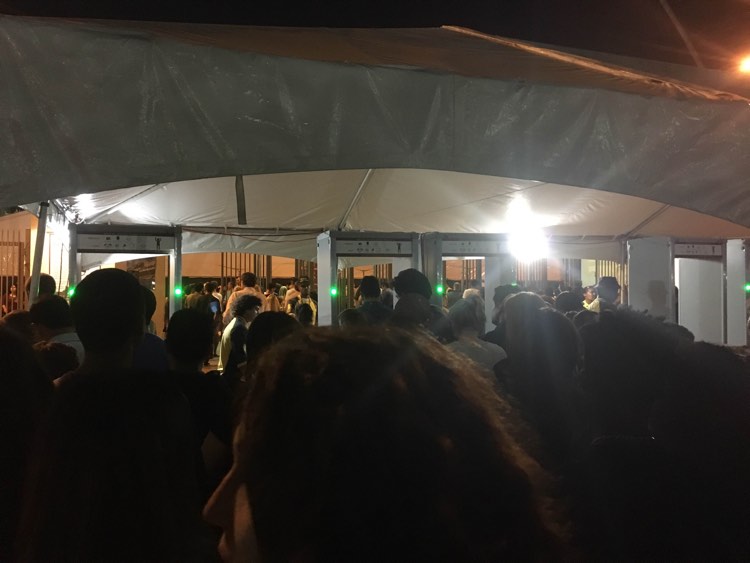 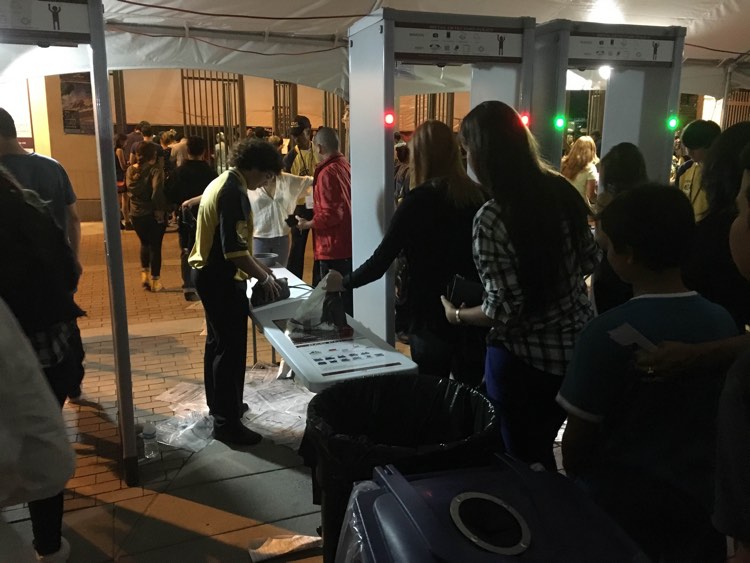 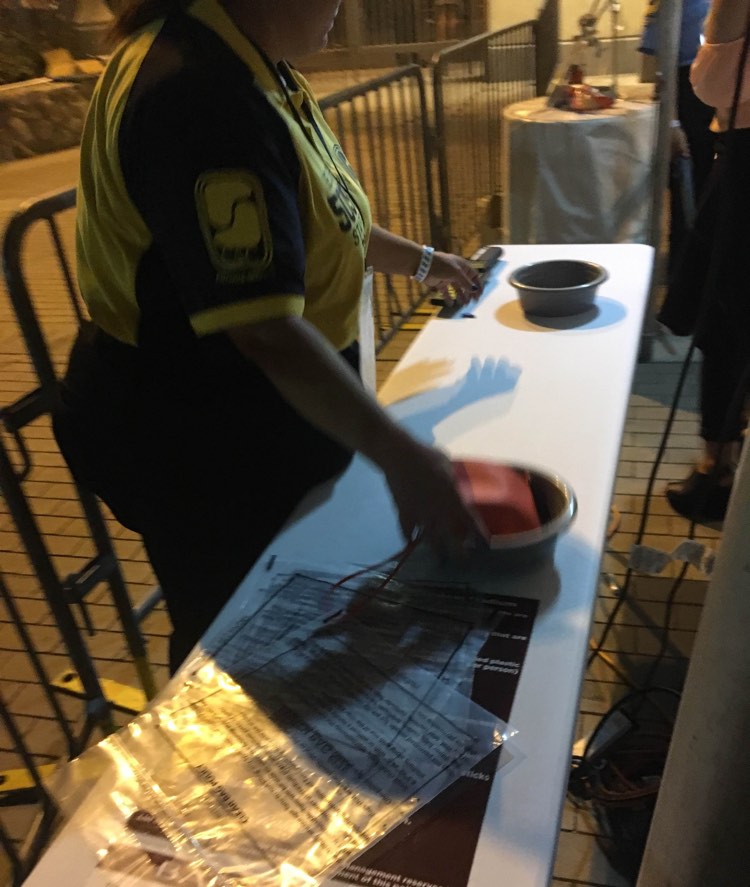 Meanwhile, serious questions surround traditionally lax venues, including smaller and midsize theaters and clubs that probably lack the budgets to implement serious screening.  That was the case at Le Bataclan in Paris, site of the infamous terrorist attack last year at a packed Eagles of Death Metal show. Sadly, Le Bataclan had limited security and a woefully underprepared staff, with Eagles of Death Metal singer Jesse Hughes even accusing the venue of conspiring in the attack.

Stateside, security also seems to be lacking at many music venues, with multi-thousand theaters and clubs lacking anything rigorous.  That’s certainly the case in Los Angeles (where DMN is based, with other venues nationwide allowing musicgoers to simply walk in).

The list of woefully underprepared also include open-air amphitheaters like the Hollywood Bowl, unfortunately dangerous targets for terrorists.  Unlike the Rose Bowl, the Hollywood Bowl allows attendees to bring unlimited amounts of food, wine, and other items, with limited security checks to protect against terrorist threats.  The lax security was recently documented by Digital Music News, with a large backs quickly ushered in with no metal detectors or anything beyond cursory screening.

Written while listening to Tory Lanez’s debut album, ‘I Told You’.