How a Court Decision on Remastering Could Completely Change Copyright Law 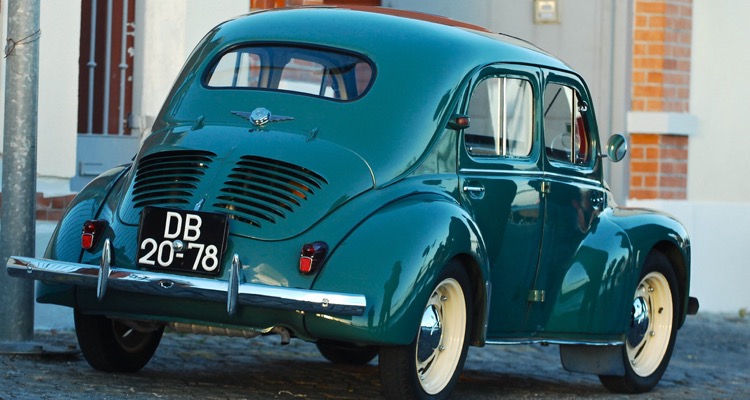 Record companies and recording artists should take heed – according to at least one federal judge, sound engineers are performing copyrightable work when they digitally remaster old recordings.

A Federal District Court in California has determined that remastered versions of pre-1972 recordings are entitled to federal copyright protection separate from the original recording.  The Court found that there was enough originality in the remastering process for a remastered digital version of a pre-1972 recording to be copyrightable as a “derivative work.”

The case in question is ABS Entertainment Inc. v. CBS Corp. et al., case number 2:15-cv- 06257, in the U.S. District Court for the Central District of California.  CBS, one of the largest radio operators in the country, is one of several companies to be sued in recent years for refusing to pay royalties to the owners of pre-1972 recordings.  This has long been a legal gray area because songs recorded prior to 1972 are protected by a patchwork of state laws rather than federal copyright law.

The Sound Recording Act of 1971 (Pub. L. No. 92-140, 85 Stat. 391) (the “Act”) granted new copyright protection to sound recordings made after February 15, 1972, separate from the underlying compositions which had long received copyright protection (see 17 U.S.C. §§ 101, 102).  Following passage of the Act, post-1972 sound recording copyright holders were required to grant a compulsory license for the performance of these recordings (see 17 U.S.C. § 114).  However, there were no royalties payable for the use of these recordings in terrestrial radio.  Later changes to U.S. copyright law resulted in royalties for compulsory licenses for performances via satellite radio, Internet-based webcasting, and certain other streaming uses.

Pre-1972 sound recordings were not granted federal protection nor were they included in the compulsory license scheme.  Instead, these recordings were only protected under non-uniform state laws.  In California, for example, these rights are protected by Cal. Civ. Code § 980(a)(2), which protects an exclusive public performance right in the sound recordings.  The implication is that radio stations that broadcast pre-1972 songs without permission could be liable for copyright infringement under state law.

(3) Brunswick Record Corporation (“Brunswick”), the owner of sound recordings made by Jackie Wilson, The Chi-Lites, The Lost Generation, The Young-Holy Unlimited, and Tyrone Davis; and

(4) Malaco, Inc. (“Malaco”), the owner of sound recordings made by King Floyd, Mahalia Jackson, and The Cellos.

A Question of Originality

CBS argued that it was not performing the plaintiffs’ pre-1972 sound recordings, but rather post-1972 remastered digital versions of these recordings.  These remastered versions, according to CBS, were separately copyrightable works created after 1972 and were therefore subject to the compulsory licensing system created under the Act (and therefore not subject to state law protections).

The court framed the central questions of the case as “whether a sound engineer’s remastering of a pre-1972 sound recording – through subjectively and artistically altering the work’s timbre, spatial imagery, sound balance, and loudness range, but otherwise leaving the work unedited – is entitled to federal copyright protection.”

However, “the variation from the original must be sufficient to render the derivative work distinguishable from its prior work in a [] meaningful manner (Mass. Museum of Contemporary Art Found., Inc. v. Buchel, 593 F.3d 38, 65 (1st Cir. 2010) (internal quotations omitted)).

To ascertain “whether a derivative work meets copyright law’s fundamental requirement of originality,” the Ninth Circuit requires a showing that: “(1) the original aspects of a derivative work must be more than trivial and (2) the original aspects of a derivative work must reflect the degree to which it relies on preexisting material and must not in any way affect the scope of any copyright protection in that preexisting material.” (U.S. Auto Parts Network, Inc. v. Parts Geek, LLC, 692 F.3d 1009, 1016 (9th Cir 2012)).  “In some cases, the editing of a previously recorded work may in itself involve such originality as to command copyright, as where it involves such acts as equalizing, changing the highs and lows, providing more bass and treble, adding echo, or abridging by making discretionary and not obvious internal cuts.” (Pryor v. Jean, No. CV 13-02867 DDP (AJWx), 2014 WL 5023088 at *4 (C.D. Cal. Oct. 8, 2014) (quoting 1 Melville B. Nimmer and David Nimmer, Nimmer on Copyright § 2.10[A][2][b])).

The focus of the Court’s analysis of originality was United States Copyright Office’s Circular No. 56, Copyright Registration for Sound Recordings (“Circular 56”), which details derivative works for sound recordings.  The pamphlet notes, in part, that “The preexisting recorded sounds must have been rearranged, remixed, or otherwise altered in sequence or character, or there must be some additional new sounds.  Further, the new or revised sounds must contain at least a minimum amount of original sound recording authorship,” and “Mechanical changes or processes applied to a sound recording, such as a change in format, declicking, and noise reduction, generally do not represent enough original authorship to be registered.”

Plaintiffs focused their argument on the language requiring a minimum amount of original authorship. CBS focused instead on the fact that sound recordings can be altered in character.  Based on this phrase, CBS argued that the sound recordings they broadcast were not the original pre-1972 recordings, but were in fact post-1972 remastered recordings that were entitled to post-1972 federal copyright protection.  The remastered recording, CBS argued, were altered in character enough to be considered a derivative work.

To bolster their argument, CBS introduced evidence that the recordings played on air were actually not pre-1972 recordings.  They introduced expert testimony from a sound engineer that worked on remastering some of the songs as well as a forensic audiologist.  The sound engineer explained that each remastering has its own unique take on the original song, including making “significant and noticeable alterations and modifications to the acoustic properties of the recordings.”

The forensic audiologist agreed that remastering does involve a level of creativity that creates new works. He examined 57 works that CBS had saved on their server of the actual recordings they broadcast. He found that each one of them differed from the original sound recordings by “ timbre, spatial imagery, sound balance, and loudness range.” In fact, he found that CBS had at times even played different remastered recordings of the same songs.

The court also knocked Plaintiffs’ expert’s method of examining the recordings “by performing waveform and spectral analysis, as well as critically listening to them – a technique which is unexplained in Mr. Geluso’s declaration but appears to involve listening while also paying attention.”  Plaintiffs’ expert seemed to switch methodology mid-testing and could not provide concrete examples during his deposition. The court found that his methodology was not scientific and he could not be considered an adequate expert.

Without the benefit of their expert, plaintiffs were unable to show a genuine issue of material fact so as to block summary judgment. The court also noted that the Plaintiffs’ expert agreed with CBS’s expert that the “remastering process requires subjective choices, involving matters of taste, which alter perceptible aspects of a sound recording.” Plaintiffs even agreed “that a sound engineer’s choices made during the remastering process are creative and subjective.”

The Court decided the case on summary judgment without oral argument, ultimately siding with CBS that the remastering was unique enough to warrant new copyright protection under the post-1972 regime. “For example, for Ace Cannon’s “Tuff,” Dr. Begault found that the CBS version had additional reverberation, was played in a different musical key and at a faster tempo, and differed in the musical performance. Additionally, many of the remastered versions included different channel assignments and adjustments in equalization.”

The court did caution, however, that the ultimate rights do sit with the holder of the copyright in a sound recording. This means the copyright holder has the control when having a work remastered to restrict and maintain the copyright of the remastered version of the song.

This decision raises many questions, and the music industry will no doubt keep a close eye on this case (should it be appealed), as well as matters in other jurisdictions. For instance, does this mean that copyright holders of sound recordings can extend their copyrights indefinitely by simply remastering the recordings at some point before the works become public domain?

Similarly, does this decision present a defense to accused infringers that the alleged infringement involved a “recording” that was actually a remastered work, and thus there is no standing to sue? Moreover, it raises fundamental questions about whether mastering or remastering engineers can be considered “authors,” raising issues about joint ownership, licensing authority and other concerns.

Cases currently pending could test this unique theory: CBS has filed a summary judgment motion in another case brought by ABS and the three other plaintiffs in the Southern District of New York. The same plaintiffs also have suits pending against iHeartMedia and Cumulus Media.

Some critics are already weighing in that this federal decision offers a playbook for radio companies regarding how to publicly perform older sound recordings without liability. The true impact of this ruling remains to be seen. For example, when is remastering sufficient to constitute creative authorship?

Different courts are likely to approach this question from contrasting perspectives. Finally, record producers and studio engineers now have stronger footing with regard to any efforts to share in SoundExchange income, because they may assert that they are involved in the “performance.”