What’s the Difference Between Borrowing and Stealing? It’s a ‘Blurred Line’… 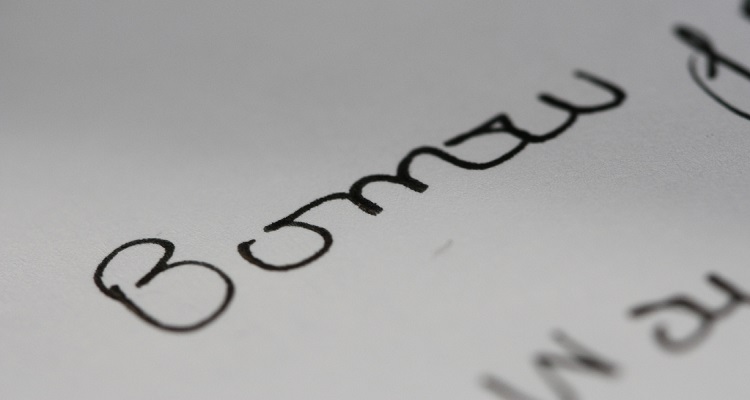 There is a friend that sticks closer than a brother.

The ‘Blurred Lines’ lawsuit has apparently touched a lot of nerves and is also worrying the entire music industry.  So much so that 212 artists filed a court document with the 9th Circuit Court of Appeals yesterday in order to aid Pharrell Williams and Robin Thicke in their Blurred Lines appeal of the very costly decision.

212 is a good number, but now try adding an entire non-profit organization that deals with intellectual property law and competition.  Going to bat for Pharrell Williams and Robin Thicke in their appeal for the costly ruling is also the non-profit group Public Knowledge.

Filed almost 3 hours after the 212 artists amicus curiae, Public Knowledge goes on to give a statement of who they are.

“Public Knowledge is an organization that is dedicated to preserving the openness of the Internet and the public’s access to knowledge, promoting creativity through balanced intellectual property rights, and upholding and protecting the rights of consumers to use innovative technology lawfully.”

They then go on to state that they’ve served as a successful amicus in top copyright cases, like Microsoft Corp. v. Motorola, Inc. Unlike the court document filed on behalf of the 212 artists, Public Knowledge takes a different approach by first citing that Smetana’s “Die Moldau” opens with a grand melody that is instantly recognizable to a lot of people.  Yet, the melody didn’t begin or end with Smetana.  It may actually have come from the popular Italian song, “La Mantovana,” or a Czech nursery rhyme, or even a Swedish melody.

Wait, a minute. What if it wasn’t from them at all? What is it was just an adaption of the French melody known here in the States as “Twinkle, Twinkle, Little Star”?

What was the point of this opening introduction?  Simple.  According to Public Knowledge, this test gives way to what’s now known as “copyright liability.”  What does this have to do with Smetana, though?   Even easier. Similarities and even recurrences among musical pieces like Smetana, which shares a lot of similarities to other melodies from other countries, is something that we’re already used to.  Why?  Our Western music strongly favors certain structures in music.

Also something we already know, music as an emotive and psychological effect on us as listeners.  Based on these two reasons, it’s important for any music composer to reuse these sounds in order to trigger these effects in their music.  This isn’t unique just to Williams and Thicke, however.  There are numerous examples in our modern era where songs quote other songs, reuse similar elements, and even borrow “structures, themes, instrumentation and other aspects of past works.”

“But, wait a minute, Public Knowledge,” you may find yourself asking, “isn’t the term ‘borrowing’ used here just basically the same as stealing?” “Not even close,” says Public Knowledge. We can label all of this as simply borrowing with the purpose not being to pass off others’ works as our own, but rather, in certain genres of music,

“borrowing is central to the advancement of the state of the art of music.”

How is the current state, then? Just as there needs to be greater flexibility in borrowing similar musical elements, so then must we become flexible as well in permitting this flexibility “before copyright liability attaches.” “Wait a minute,” you decide to say again, “then what’s the point of copyright?” The purpose at its core, writes Public Knowledge, is ultimately to increase the public’s access to new creative works.

“But, wait,” you find yourself saying once more, “did or didn’t Smetana ‘borrow’ (steal) his well-known piece from other, more famous melodies?” “It’s a matter of perspective,” responds Public Knowledge.  It’s central to our Western music that new creative pieces build on old ones, hence the term “borrow.”  Public Knowledge argues that limitations on copyrights would enable “incremental innovation,” and this is just as essential as the exclusive right for a piece itself.

“So, then,” you ask, “are we going too far in being so quick to exert copyright issues over new pieces?” “Don’t misunderstand,” says Public Knowledge. In music, it’s important that any court interpret in a more flexible manner the actual issue of copyrighting.  Whereas the 212 artists’ court documents argue that inspiration isn’t the same as outright theft, so Public Knowledge states here that borrowing is “especially important” to future musical work. If the Court upholds the copyright law, then what it’s actually doing is stifling musical progress instead of helping to promote it.

This situation isn’t only unique to the music realm, however. In their opening argument, Public Knowledge cites the phrase, “good artists copy; great artists steal,” a phrase that is often attributed to Picasso, Stravinsky, and others.  Yet, in all fields of art, from old, historic art right up to modern ones, borrowing from past works is an essential element. “Isn’t music just another art form,” you find yourself asking. “Yes,” responds Public Knowledge, “yes it is,” and this is why defining what happened as borrowing is even more important.

Continuing on their argument in favor of Williams and Thicke, Public Knowledge states that greater similarity among musical works is something expected of Western music. “Wait, why?” you ask.  Because of the ordinary structures found in our music.  Music in this Western tradition is composed on a scale of twelve notes.  Groups of three notes played together form chords, and a series of chords forms chord progressions.  Defusing the Gaye Estate’s argument, Public Knowledge first admits that yes, mathematical theory states that there is a very huge number of possible chord progressions, but that Western music theory shows that certain chord progressions are more conventional than others.  So it shouldn’t be a surprise that patterns “recur regularly in all manner of songs.”

They go on to cite that a specific cadence shows up at the beginning of a piece by Mozart, yet appears again on the children’s song “The Wheels on the Bus,” and even appears in Frozen’s “Do You Want to Build a Snowman.”  This even happens with a specific chord progression found in Elton John’s “Can You Feel the Love Tonight” right down to John Denver’s “Country Roads,” and once again, Frozen’s “Let It Go.” As one comedian said,

“you can take these four chords, repeat them, and pump out every pop song ever.”

”So,” you ask, “is this downright copying?”  Not even close. “Well,” the Gaye Estate asks this time, “why not?” Simple. These repetitions of patterns aren’t merely copying, but rather, they’re what’s expected of music today. Expert musicians say that a previous four-chord progression cited in the court documents allows songs to be “cyclical and fluid” along with the all-important “emotional heft.”  So then, reusing basic harmonic patterns shouldn’t be considered stealing.  It’s just a means to encourage creativity, and one that’s all-too-common in the Western world.

There’s even an example by famous composer Leonard Bernstein who once showed how a simple four-note melody could generate songs all the way from French folk tunes to Smetana’s “Die Moldau” and even Strauss’s “Death and Transfiguration.” Given this example, it shouldn’t be strange to use basic notes and compositions already done before in a different way on a new piece since basic chords and notes open up a “whole new Milky Way of possibilities.” Public Knowledge goes so far as to use writer Jeffrey Cadwell’s poignant statement in his piece, Expert Testimony,

“[b]ecause composers, knowingly or unknowingly, tend to utilize the same basic patterns, such as chord progressions and cadences, music can often sound similar without actually being similar at all.”

So if music sounds similar, we shouldn’t be so quick to start shouting “copyright issue!” or “theft!” every time we hear something familiar, copyrighting these basic elements should be severely limited. Even in a 1936 case, a judge went so far as to say that musical elements “do not admit of so many agreeable permutations that we need be amazed at the re-appearance of old themes.” Therefore, should the Gaye Estate be so quick to shout plagiarism? Of course not. We should place more emphasis on what was said in a 1940s case.

“[r]eccurrence is not therefore an inevitable bade of plagiarism.”

Pressing onward in their argument, Public Knowledge goes back to further progress on the idea that music can have an emotive and a psychological effect.  They cite scientific research where scientists have documented the physiological response of our brain’s pleasure and reward centers when listening to certain musical works.  What if a songwriter or a composer wants to evoke such a beautiful response to his or her listeners?  It’s pretty much a given that they have to borrow elements from what was already accomplished before in prior works.

What about that creepy, ominous music you hear in a shark documentary that tends to build up suspense and nervousness in you? You’re going to end up being more afraid of sharks, and this is done on purpose. What about the popular and well-known two-note pattern we hear that was used in Jaws? Should we sue the composer of Jaws, then, for making us afraid? No, not at all. This two-note pattern was also used in other pieces, more famously, Dvořák’s Ninth Symphony.

Even the modern Christopher Nolan movie, Inception, used a similar motif derived from a mechanical alteration to a 1956 French tune.  Should we sue the filmmakers and the composer, then?  Once again, no, because all of the above pieces rely on the same musical device in order to provoke dramatic tension within us.  And borrowing is just a natural device for any song or music composition, one that Public Knowledge argues should be available to all musicians.

“What do we do, then,” you ask Public Knowledge, “when we hear two or three separate music pieces that sound awfully similar? Should we consider that as stealing?” Again, no, not at all. “Why not?” you then may ask in a fit of rage. The answer lies in our basic physiology. Just as the eyes tend to find familiar patterns and images when staring at a cloud, so do our ears tend to pick up particular patterns that seem awfully familiar. So then do familiar pieces tend  to borrow from other elements in order to convey specific emotions and memories to just about any listener.

Public Knowledge then goes on to cite even more examples in popular music, from jazz, rock and roll, and the blues, right down to hip-hop and its African roots in order to build up a solid defense. They end their argument going way beyond the ‘Blurred Lines’ appeal, saying it should be absolutely critical that copyright should be tailored for special circumstances that attend to the natural uses and forms of music, since copyright is more concerned about separating authors into their own “independent wells of creativity.”

Just as DC comics shall always be in one realm, and Marvel shall be in another, so these two will never meet, unless, of course, there’s a complex licensing deal. Copyright law have their own limits on its ability to force ideas apart, yet as we’re now in an age where creativity is expanding at a rapidly-growing rate, so then, the Court should,

“reverse or vacate the judgment of the trial court.”

You can read Public Knowledge’s full argument in the document below.