Can Spicy Food Make You Deaf? British Chef Finds Out The Hard Way… 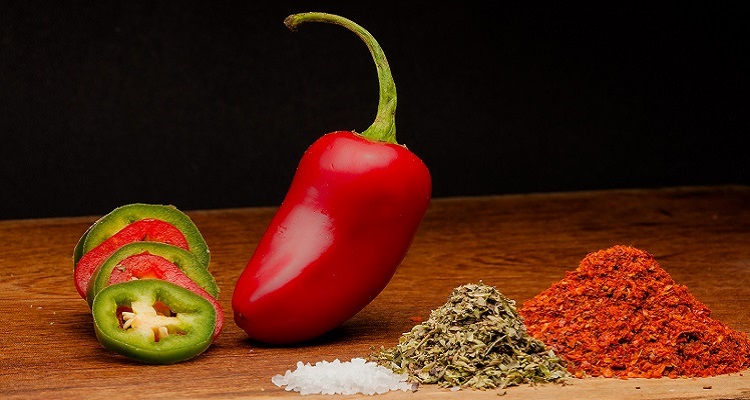 They say good food can get you in the right mood. But this may not be what this chef was looking for.

Stepping just outside of our usual coverage, we found a piece we just couldn’t resist writing about.  According to the Mirror, British chef Ben Sumadiwiria decided to try what’s better known as “death noodles” at a small restaurant found in a back street in Jakarta, Indonesia.

What makes this food so spicy? 100 bird’s eyes chilies are crushed together, giving it a Scoville rating of 20 million.  How spicy is that?  Hot Tabasco sauce only rates 5,000 on the Scoville scale.

What happened next was something similar to “I told you so.”  After eating the noodles, the chef started sweating profusely.  He also felt dizzy, and the plate was so hot that he had to soak his head in water.  Was there anything else? Yes, yes there was. The plate proved to be so hot that despite already sweating and feeling very dizzy, he went deaf for a full two minutes.

So yes, there apparently is food hot enough to make you go deaf, even if temporarily. Chef Sumadiriwiria said,

“This was definitely the hottest thing I’ve ever eaten. Within seconds of tasting them I was sweating and feeling sick.”

According to the chef, anyone who dared tried the death noodles would instantly throw up.  So if these noodles produce these effects, why do they sell them?  Apparently, there was locals in Jakarta who can eat an entire plate.

So, besides sweating profusely, besides feeling very, very dizzy, and even going outright deaf for two minutes, was there anything else?  Chef Sumadiriwia’s mouth kept burning for hours.

Why did chef Sumadiriwiria decide to travel all the way to Indonesia? Simple. The chef was visiting family in the area, and paid roughly around 34 Indonesian rupees for the plate as well as a fried egg.  There’s no news what Scoville rating the egg had, but you can bet it’s not as high as the death noodles.

You can see actual pictures at the Mirror link above.