Does ‘This Land Is Your Land’ Belong in the Public Domain? 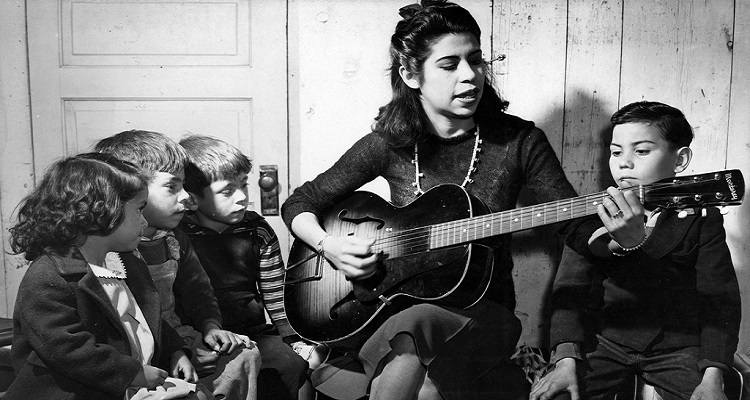 ‘Happy Birthday to You’ is now in the Public Domain.  Should ‘This Land Is Your Land’ be next?

Who exactly owns the rights to the classic folk song, “This Land Is Your Land?” According to The New York Times, apparently, you and me.  Back in June, Brooklyn band Satorii filed a lawsuit against The Richmond Organization, who actually owns the song, and Ludlow Music, who collects the publishing fees for the song.

But Satorii believes that the Richmond Organization does not actually own the song, and that this folk classic should be available for public use.  This landmark follows on the heels of the 2015 landmark decision that ruled Warner Bros. did not actually own the rights to “Happy Birthday To You,” despite having charged millions in licensing fees (and preventing others from using the song entirely).

Santorii wrote in their argument that ‘This Land’ is “one of the nation’s most famous and important folk songs.”

“all songwriters and the entirety of the music industry at risk.”

Why? Legally, because there is “no statutory support in the Copyright Act” for what Satorii is basing their claims upon.

Several readers will remember that Ludlow Music threatened to sue satirical digital entertainment studio JibJab Media over the parody of ‘This Land’ back in 2004 during the presidential race between John Kerry and George W. Bush.  Back then, the Electronic Frontier Foundation (EFF), who served as a counsel for JibJab, found that Ludlow failed to renew their copyright on the song back in 1973.

Ludlow remained adamant about actually owning the copyright, and continued to press their case.  JibJab Media and Ludlow Music eventually reached a settlement which allowed JibJab to continue distributing the song.

According to Satorii, however, Ludlow does not actually own the copyright, and yes, it did expire back in 1973, so everyone should have the chance to sing and distribute the folk song without fear of being sued by Ludlow.

What do you, then, when one of your top songs, apparently an American classic that you’ve been able to charge years for, is about to be put into the public domain?  As part of its motion to dismiss, The Richmond Organization and Ludlow Music are portraying the people suing them as mere blowhards, which is usually a solid, winning strategy.

Ludlow Music begins their preliminary statement stating that no, Satorii is not presenting an active case or any kind of controversy that’s actually relevant.  They haven’t even had any contact with Ludlow nor The Richmond Organization, nor have they faced any kind of lawsuit threat against them.

So what exactly is Satorii suing over?

All they’ve apparently done is obtain a “compulsory statutory mechanical license” to be able to produce and distribute 500 copies of Ludlow’s song.  Satorii’s entire case, according to Ludlow, is just based on a “desire” to make a music video of ‘This Land,’ which is being blocked by fear of a lawsuit, with the lawyers adding,

“(if [our] disputed claims were upheld).”

According to Ludlow and Richmond, what right, then, does Satorii have to sue since they’ve never talked to Satorii nor have they even threatened them with a lawsuit?  And, all they’ve done is,

“[provide] payment of $45.50 for a compulsory mechanical license”?

Thus, Satorii has no basis to challenge whether ‘This Land’ actually belonged to Woody Guthrie or not.

What if the Court rules in Satorii’s favor? Not a problem for Ludlow and Richmond.  Why not?  Satorii’s claims arise from federal copyright laws, and multiple state law claims in the original lawsuit “improperly attempt to expand the scope of relief.” Therefore, state laws must be dismissed as “preempted by the Copyright Act and/or dismissed for failure to state a claim…”

(b) Guthrie was not the author of the melody of the composition.”

What about Ludlow’s copyright registration in the previously mentioned years?  Invalid, according to Satorii, since the 1956 and 1961 Folkways Records included linear notes which did print the lyrics of the Song, but did not, in fact, have any copyright notice and these songs were actually released “with permission from Ludlow or Guthrie.”

Ludlow and Richmond don’t seem to be very concerned about the actual claim, however, since in one of the footnotes, they state that if the case isn’t dismissed at this current stage, it won’t be a problem, since they’ll go right ahead and demonstrate anyway that Satorii’s “declaratory relief claims” fail outright under federal copyright laws.

How about Ludlow and Richmond’s main argument? What is the actual basis in which the case should be dismissed? Simple. Citing Bell Atlantic Corp. v. Twombly, the court isn’t required to accept “true legal conclusions couched as factual allegations.” All allegations should be “deemed true to the extent that they are consistent with the works themselves.” Is there any way to avoid dismissal? Don’t worry, Ludlow and Richmond have that part covered. The actual complaint must plead

“enough facts to state a claim to relief that is plausible on its face.”

Since Satorii doesn’t do that, according to Ludlow and Richmond, the case should be dismissed.

What about the invalid copyright claim? Ludlow and Richmond have got that covered, too. Under the purposes of a Rule 12(b)(1) motion, the court must accept the Complaint’s allegations as true, but “need not draw inferences in [Satorii]’s favor.”  Why not? Simple.

“A declaratory judgment plantiff bears the burden of proving that there is an actual controversy.”

“the Class Action Complaint should be dismissed in its entire because [Satorii] lack[s] standing to sue for invalidity of Ludlow Music’s copyrights in the Song.”

We’ll keep you updated with the details on this case as they happen. Meanwhile, you can comb through the original arguments presented by Satorii as well as Ludlow and Richmond’s eloquent and extensive motion for dismissal down below.