Samsung May Retaliate With Its Own Proprietary Headphone Jack, Sources Say 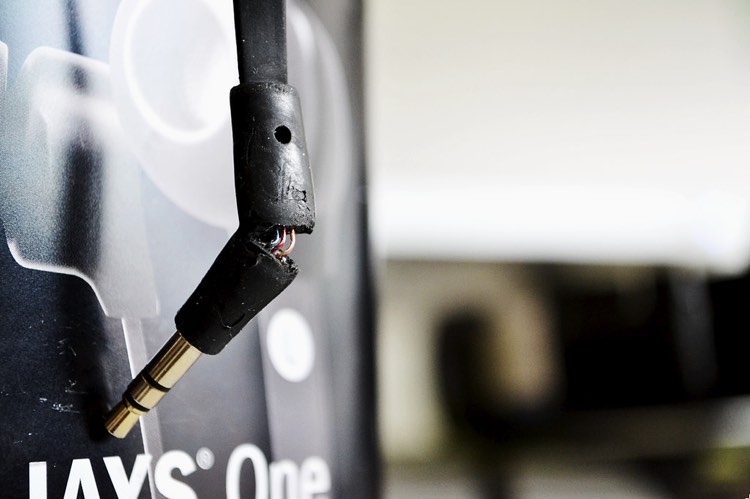 In response to the iPhone 7’s proprietary Lightning jack, Samsung — with early support from Android — has been ‘exploring’ development on its own proprietary headphone port.

Samsung is now ‘actively and aggressively’ exploring the possibility of releasing a proprietary headphone jack of its own, one that would be largely incompatible with newer iPhone devices, according to details shared confidentially with Digital Music News.  Taking matters a step further, Samsung — alongside manufacturers developing Android products — could block Apple from licensing their proprietary jack, similar to the stance that Apple has adopted towards the Android community and other competitors.

The resulting ‘jack warfare’ would severely impact the future of headphones and earphones, with the standard 3.5mm jack potentially pushed out by a collection of competing, often-incompatible jacks and ports.

News of Samsung’s strategic planning was supplied to Digital Music News this week from a pair of sources operating out of South Korea, both of whom are involved in the broader supply chain of Samsung’s smartphones.  Both requested total confidentiality and limited identifying information, fearing sharp reprisals from Samsung, whose power within the South Korea technology and broader community is considerable and widely feared.

The sources also declined to offer details on the actual proprietary ports and jacks under consideration, noting that it could be traced back to a smaller subset of participants.  Already, it appears that the Android community of developers, including Samsung, may be rallying around the USB-C jack, which is already present on Motorola’s Moto Z and Moto Z Force devices, not to mention Chinese devices like LeEco.  Those devices do not have a 3.5mm jack, and are far thinner (with greater battery power) as a result.

Either way, Samsung’s proprietary jack would be designed with all Android manufacturers in mind, with easy and cost-free (or extremely low-cost) licensing to encourage adoption.  That could be complemented by a broader Android OS, though sources had little knowledge on the software integration.  Currently, Android operates on the ‘Marshmallow’ release, put into operation roughy one year ago.

Strategically, Samsung’s move is being considered a potential ‘death strike’ against Apple, with the entire ecosystem of headphone manufacturers suddenly faced with a choice.  Using the numbers game, Samsung and its army of Android allies hope that headphone manufacturers will prioritize their proprietary jack first, leaving Apple deprived of newer, more interesting models.

Other smartphone manufacturers using the Android OS include HTC, Huawang, and LG, all part of the Open Handset Alliance.  Google can be considered the Android mothership, though sources had no knowledge of Google’s response to the idea of a separate jack.

Newer ports could be tested on upcoming devices, though with enough momentum, a ‘hard-switch’ would be required to seriously compete against Apple’s upcoming Lightning+wireless delivery ecosystem.

More importantly, Samsung is aiming to severely marginalize Beats by Dre headphones, acquired recently by Apple in a deal valued at more than $3.1 billion.  Already, Beats is preparing a new line of headphones equipped with Lightning jacks, along with W1 wireless delivery chips to facilitate higher-quality, over-the-air transmission of sound over short distances.  Those will be complemented by wireless AirPods, though serious design flaws could stymie the next-generation white buds.

Other headphone manufacturers are suddenly standing in line behind Beats, but could rally behind the competing Samsung jack to effectively marginalize Beats.

And what about the role of adapters in all of this?  One potentially easy solution to headphone port chaos is the adapter, which can theoretically convert any proprietary jack to fit any proprietary port.  Indeed, Apple will be including Lightning port adapters in all of its upcoming iPhone 7 and iPhone 7 Plus packages, a critical bridge during a mass transition away from 3.5mm jacks (or, at least that’s what Apple hopes).

Unfortunately, adapters introduce a number of gigantic headaches for users.  For starters, it’s easy to forget an adapter, or worse, bring the wrong adapter (or not have the right adapter).  Beyond that, joggling adapters can be more stressful for the phone port itself, potentially damaging a port on an $800 phone.

In that soup, it could be difficult to get Android competitors to switch away from such a long-term standard, with irate consumers almost a guaranteed result.  According to one of the sources, engineers inside of Samsung are pushing to boost the overall sound quality of any updated jack, but few really believe that a fidelity boost will be realized (or noticeable).  More importantly, consumers may view the shift cynically, as a ploy to boost sales while doing little for the overall ease and enjoyment of audio.

Of course, at present, all Android devices (and all previously-released iPhones) support the standard, 3.5mm headphone jack found on nearly every headphone used throughout the world.

At present, the sources didn’t have much to share about the reactions of headphone manufacturers.  For starters, the entire headphone industry has revolved around a simple standard for decades.  Indeed, it can be argued that the entire history of portable headphone and earphone listening has always involved the 3.5mm jack, so shifting away from that creates a lot of uncertainty.

One immediate shift would be cost: smaller manufacturers would be forced to develop multiple jacks and connectors.  But that could present opportunity for certain manufacturers, especially those willing to specialize in newer jacks and wireless technologies.  Of which, there may be several ahead.

What About W1 Wireless?

Unclear is how Samsung and its Android competitors are strategizing around wireless, short-range audio delivery.  Apple is touting its revolutionary W1 Wireless chip technology, a major focus for an upcoming line of Beats headphones.  Suddenly, this game is less about the jack and more about the air, with consumers ultimately ditching the cable in favor of an untethered, high-quality listening experience.

Unfortunately, that carefree future could hit a snag, with competing wireless technologies potentially killing the fun.  And, in some situations, adding to the already dense patchwork of wave transmissions flying around.  The result could be sub-optimal listening experiences, especially in crowded areas.  Currently, Bluetooth is the default standard for short range, over-the-air transmissions, though the technology is often prone to cut-outs and other issues.

When I was a kid…

Samsung’s media representative, Edelman PR, has not yet responded to an inquiry.