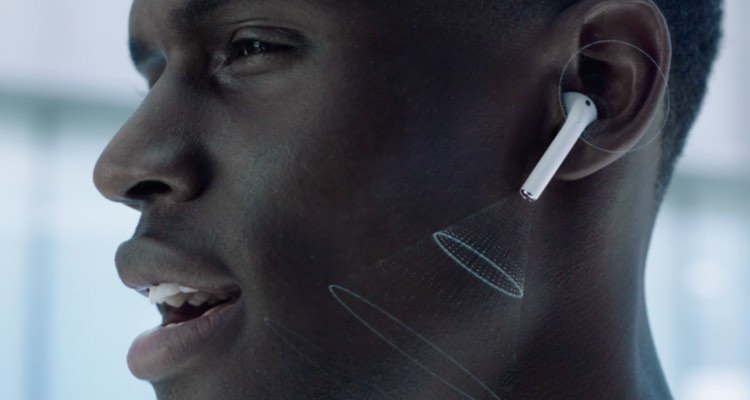 Apple says the AirPod satisfies FCC requirements for close-range radiation levels.  But a UC Berkeley scientist is now warning that AirPods might result in irreversible brain damage, including an erosion of the blood-brain barrier.

As wireless headphone sales start to surge, serious concerns over close-range radiation effects and possible brain damage are surfacing.  Those concerns are now hitting overdrive as Apple prepares the release of the AirPod, which promise a torrent of non-stop wireless communications just millimeters from the brain.

‘You are putting a microwave-emitting device next to your brain.’

Those AirPods, which complement a wireless-only iPhone 7, could shift users from traditional earbud-based voice communications and listening towards Bluetooth-powered communication and audio.  That could pose serious, long-term dangers, with the AirPod stuffing high-tech radiation right into your ear.

Indeed, with the AirPod, most of the wireless communications will emanate from the ear canal itself, according to details outlined by Apple last week.  Apple’s W1 wireless chip, a focal point of the updated wireless technology, is housed in the bulbous portion of the AirPod that nestles into the ear canal.  “You are putting a microwave-emitting device next to your brain,” Dr. Joel Moskowitz, a professor at the UC Berkeley School of Public Health, recently told the Daily Mail.

Moskowitz warned of possible erosion of the blood-brain barrier, which is critical for keeping toxins out of the brain.

But isn’t Bluetooth safe?  Maybe, maybe not.   “It’s like we keep rediscovering that Bluetooth is harmful and trying to forget it because we don’t know how to handle it from a policy standpoint,” Moskowitz continued.  “Although we don’t know the long-term risks from using Bluetooth devices, why would anyone insert microwave-emitting devices in their ears near their brain when there are safer ways to use a cell phone?

‘Essentially I recommend using corded headsets or hands-free use of cell phones, not wireless ear buds.’

Sticking with wired headphones and earbuds will become increasingly more difficult after the iPhone 7 is released.  Users that want to stay wired will be forced to patch through the main Lightning port, with the 3.5mm jack now eliminated.  That complicates charging and may require adapters, though users can always stick with the iPhone 6 or buy an Android.

Looking ahead, the question is whether other manufacturers like Samsung follow suit, making it increasingly difficult to avoid wireless smartphone radiation.