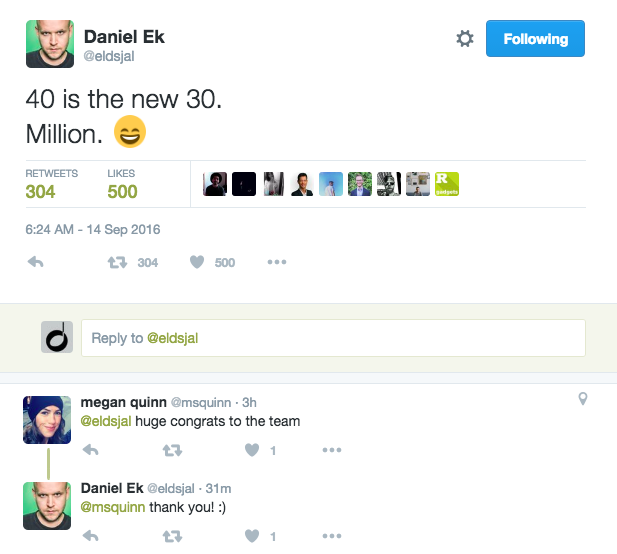 Spotify Premium has crossed the 40 million paying subscriber mark.  So how long till it hits 50 mil?

The announcement was followed by a parade of congratulations from Twitter followers.

The latest milestone means that Spotify has the most paying subscribers, for any streaming music service.  That of course includes Apple Music, which most recently revealed 17 million paying subscribers.  Apple Music is adding roughly a million new subscribers a month, though Spotify appears to be besting that rate. 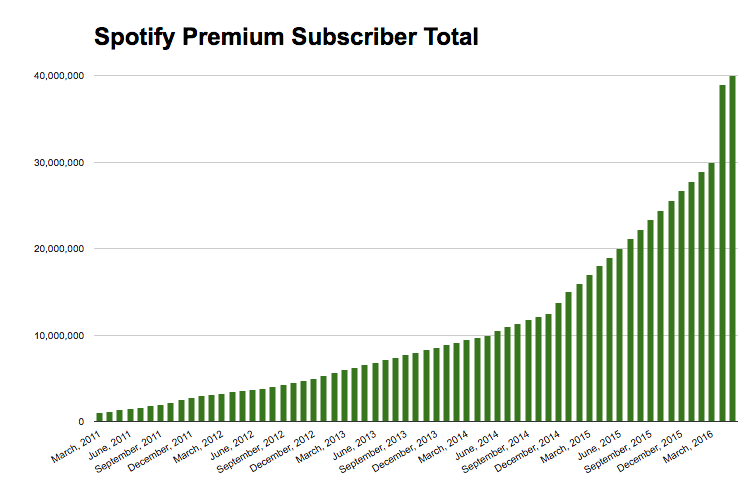 The 40 million mark could help Spotify make its case for ‘freemium,’ which involves funneling tens of millions of free subscribers into paid accounts.  Spotify have been under heavy pressure to close its free tier, but the presence of 40 million actively paying music fans — may of whom started with free accounts — offers quite the business counterargument.

Meanwhile, the broader streaming music space is careening past 100 million total paying subscribers, with Spotify driving a large percentage of that total.  Other heavy contributors include Sirius XM Radio and Apple Music, with smaller contributions coming from Tidal, Rhapsody, and Deezer. 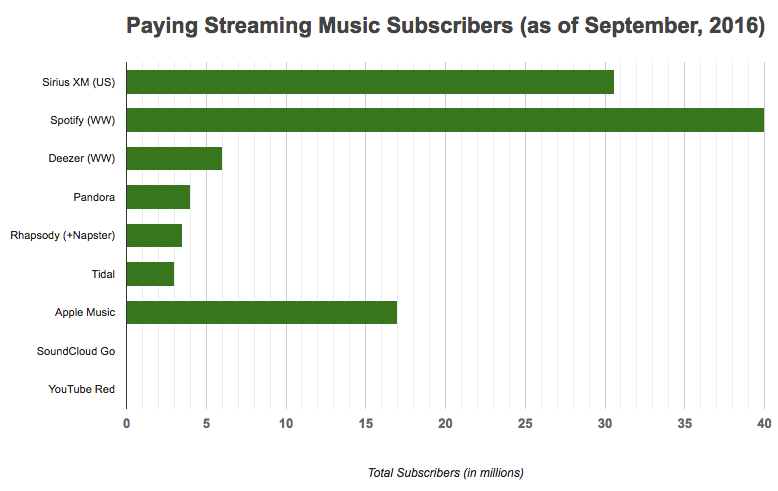 But who’s the biggest streaming music service of them all?  That would be YouTube, whose catalog and total streams utterly eclipse Spotify and Apple Music, combined.  The only problem is that YouTube seems to have very few paying subscribers, with YouTube Red reportedly garnering little traction.

So when does Spotify hit the momentous 50 million mark?  Actually, that’s sooner than you might imagine, especially if holiday subscriptions ramp upward.  At the current rate of between 1 million and 1.5 million new paying subscribers monthly, Spotify is likely to hit the 50 million mark by May of 2017.