Last Week In the Music Business 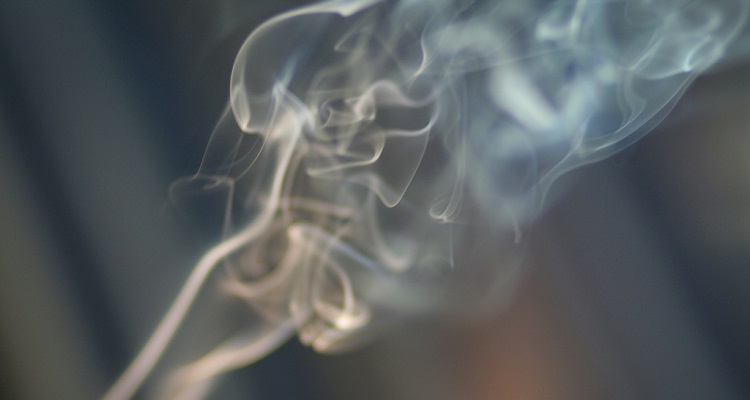 This week in the Music Business: Are vinyl sales going up or are they dying out; Quitting smoking may have weakened Adele’s voice; Shawty Lo died in a tragic car accident; and Facebook messed up big time on their video metrics.

Monday kicked off with some strange hissing noises. It turns out that noise in your pocket actually comes from the brand-new iPhone 7 and iPhone 7 Plus. However, after testing out the iPhone 7 extensively, iMore’s Rene Ritchie boldly declared,

“Regardless, there doesn’t seem to be anything to be concerned about, not with the processors, the batteries, nor the radios. So go back to setting up your new iPhones, and enjoy!””

Things were anything but calm in Los Angeles. Popular Hispanic DJ Stephanie “Chiquisbaby” Himonidis filed a $3 million wrongful termination lawsuit alongside her husband. They allege that they were both fired after discovering and complaining about KLAX’s illegal payola scheme. The radio station apparently tasked Himonidis’s husband with collecting $5,000 payments in exchange for radio play in the station. Right before being fired, Himonidis was constantly stalked by a security guard working under the station’s orders. You can read more about the story here.

Are leakers actually sued? The man who leaked Frank Ocean’s Blonde spoke with Digital Music News. He told editor-in-chief Paul Resnikoff that no, there won’t be any charges filed against him for leaking the rapper’s entire album on his Google Drive account. He was sent a legal threat by Apple’s copyright enforcement agency GrayZone. The leaker told Paul,

“I made a huge mistake of posting the album which I thought was ‘free’ since it came as CD with the magazine ‘Boys Don’t Cry.”

The agency had also threatened Digital Music News with a lawsuit, but ultimately decided against pursuing it.

The Technics 1200 is coming back! Only this time it’s coming with a higher price tag. But for those wondering what exactly all the hype is about, we’ve posted a simple guide to the popular and fabled turntable still being used by many DJs around the world.

Lil Yachty became the most disliked young rapper in the social media realm after a video was released on Facebook showing Lil Yachty and an unnamed member of his crew dismissing Tupac Shakur and Biggie Smalls, arguing that Drake is a much better rapper and singer than they both had ever been. Several Digital Music News readers were up in arms against the young rapper, posting several messages filled with expletives. The reaction can be best summed up by lyte42’s post:

“This generation today mehn is so lost, no guidance, no leadership, no ambition! Jus a lot of BS. This fool needs to be skooled on so many levels. If he known better no way could he disrespect legendary 2pac shakur like that. So 2 refrain from obscenity let me say this, you fools today need 2 kno your HISTORY!!!!”

Tuesday started off with a bold declaration by Samir Bengara, former managing director of the Walt Disney Company in India. In a content conference that included key movers from Netflix, Spotify, FOX, Disney, and more, Bengara said,

“I’m going to put it out there. I love piracy. Because guess what, the biggest problem right now is discoverability. There are tens of thousands of hours of content getting uploaded. The challenge is finding what is working.”

MusicWatch released a new study showing that Pandora is actually the most-listened to service at 30% with YouTube and Spotify in second and third place, respectively. Among paid subscriptions, Spotify Premium posted a 7% share, with Apple Music far behind at just 2%.

Going along with TorrentFreak’s philosophy that monitoring piracy networks actually gives us a clue as to what’s popular here in America, we decided to take a look at the most pirated albums and singles this week. Among albums, Frank Ocean’s Blonde is still on top with the Billboard Hot 100 Singles Chart for July 2, 2016 taking second place. For singles, The Chainsmokers’ Closer featuring Hasley is in first place with Sia’s Cheap Thrills featuring Sean Paul right behind.

A new sales report published by the RIAA tracking music sales for the first-half of 2016 shows that vinyl sales are actually dropping here in the States. This article caused some users to post that these sales reports may actually have been misinterpreted. Meanwhile, user Nicky Knight decided to give a quick reason as to why sales have cooled down.

“Vinyl is a costly & cumbersome format to prepare and manufacture with time consuming procedures and long factory waiting times.. and it’s heavy to mail-out and store..”

The RIAA report also included bad news for digital downloads and the companies that profit from them (namely, iTunes Store). They saw a sharp decline over last year. Meanwhile, music streaming is surging, having brought in $1.6 billion in music revenue.

Guest writer Budi Vooght also brought a very detailed and information post, outlining the truth in SoundCloud reposts and paid promotion. Those with SoundCloud accounts may want to check out the article.

Editor-in-chief Paul Resnikoff also posted a thorough guide on how to build a website tailored specifically for musicians and bands. Here’s a quick excerpt.

Wednesday had us asking the question, “Who’s liable when a user decides to pirate over a provider’s Wi-Fi network?” The European Court of Justice provided an answer as they ruled that no, Wi-Fi providers can’t be held liable when users pirate illegal content over their networks. This was a huge defeat for Sony Music who took a small shop in Munich, Germany to court over the issue, alleging that they were actually liable.

No, maybe we were wrong after all. Maybe vinyl records sales aren’t actually going down at all. The RIAA report contradicts Nielsen’s previous report that vinyl sales were actually rising in the first-half of 2016 here in the States. User John K. Callendar posted his thoughts:

“I can’t believe in this data because I see people teeming like fish in the local record stores and they have no way of gauging record sales through online sources like EBay, Discogs and Facebook. Yes I said Facebook. I belong to a number of vinyl groups that number into the thousands and the sellers are making sales on a daily basis. So is vinyl dead? No it’s not. Maybe new vinyl isn’t holding as strong and who actually wants reprints on Herb Alpert and some of the other crap being pushed out by the vinyl mills. Most music lovers that I know want some of the newer vinyl but would prefer to stay with 1st press originals. I enjoy some of the new stuff that has came out but I am in the same boat as I prefer the originals over the new.”

Rapper Shawty Lo died in a horrific car accident in Atlanta. Lo had lost control of the vehicle which went over a guard, hit trees, and caught fire. Two other passengers were taken to the hospital.

Beats By Dre has also released wired headphones that are just $30 shy of the iPhone’s new AirPods.

Drake has finally embraced vinyl records, as three more of his albums are going to be hard-pressed: 2016’s Views, 2015’s If You’re Reading This, It’s Too Late and his collaboration with Future, What A Time To Be Alive. These three will join Drake’s only other official vinyl release, Take Care.

Respected hip-hop producer and rapper Dr. Dre is going to be the focal point of a new Lifetime show, Surviving Compton: Dre, Suge & Me. The documentary will expose the rapper’s history of brutal, physical attacks on women.

Got Milk? Not anymore. Amidst the controversy surrounding their exploding Galaxy Note 7s, Samsung quietly shuttered their Milk Music service, transferring existing users to the Slacker Radio app. The Slacker Radio blog has a short FAQ to get existing Milk Music users up-and-running on the app.

“the difference is going to be completely imperceptible to most people. Even audiophiles with an incredible ear for sound won’t notice the difference unless they’re listening to high-quality 24-bit audio files.”

A new study conducted by LOOP back in May found that U.S. music listeners prefer listening to playlists over albums on audio content services, 31% over 22%. Americans still prefer to listen to individual tracks, which topped total listening time at 46%. What was the preferred way to listen to music? YouTube, followed by Pandora, and then CDs.

Whatever happened to DMCA takedown notices? Frank Ocean’s visual album, Endless, is still freely available on Dropbox, 4 weeks after the album was released on Apple Music.

The NYPD is looking for a Bronx rapper after he allegedly shot a man in the leg and then fled on foot. Local rapper Whitey GZ was shooting a music video with the victim, but had actually planned to rob him of his backpack and his cellphone.

Paul Resnikoff also posted his own thoughts on the iPhone 7, warning users against purchasing the iPhone 7 at the moment. He posted 99 reasons. Diehard Apple fans came out in full force, as expected. Here’s one popular reply:

“Probably one of the worst/dumbest articles written. We’ve heard enough crowing about the lack of a 3.5mm headphone jack. The only real problem mentioned in this article is the hissing.”

Spotify is also looking for a large office space in New York. They’re reportedly looking to move from Sweden to New York. The reason? Swedish tax law makes it difficult for any company to offer employees generous stock options, which is a tool Spotify could use to attract top talent.

Paul also discussed how to pick the perfect cover song that will make you famous based on CD Baby founder Derek Sivers’s observation. Here’s a quick peek:

“Sivers:  Good question.  It’s — it changes the techniques.  So for example, sorry this is just one little quirk, one little hack, but it worked really well.  Some of my best sellers at CD Baby were the ones that did one cover song on their album of a song that had never been covered before.   So you can go to iTunes and use their search engine and do a little research for all of your favorite songs, right, and then when you find one that only has one version of it —”

Today wasn’t Facebook’s day, as it came to light that Facebook’s video metrics were fatally flawed. Actual video playback was counted just after watching a video after 3 seconds, and without having to have the audio turned on. This confirms our suspicions as we first reported on this a year ago.

Mac Miller also played his best show ever here in Los Angeles, despite only being just 4 songs. Paul also posted pictures from the event.

In an interview with Canada’s eTalk, Adele told a reporter that giving up smoking may have made her voice weaker. You can check out the entire interview, which was uploaded to YouTube.