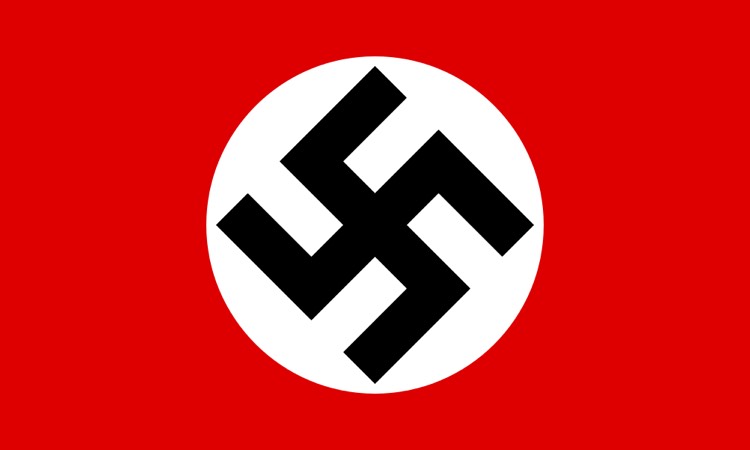 Not only does someone still own the copyright to the ‘Nazi Anthem,’ they’re still trying to make money off of it.  And YouTube is helping them.

If you think copyright law has problems, you haven’t seen the ugliness of this latest copyright takedown case.  Just last week, the creator of the documentary, You Don’t Know Hitler, found his film ripped down from YouTube with a copyright strike.  The documentarian, James K. Lambert, first created the film about Nazi Germany in 2006, but has now been forced to battle this strike and risk losing his account (three strikes in 90 days equals a deleted account).

As of this (Monday) morning, the film is still removed and inaccessible.

So who’s making this copyright claim?  According to Lambert, the claim was placed by a company named BR Enter Music, acting on behalf of the German National Library (or Deutsche Nationalbibliothek).  “Yes, that’s right, I am being penalized because a third party, acting for a fourth, imagines that they own the copyright to a sound recording of Nazi Propaganda; specifically the, “Horst Wessel Song,” aka the Nazi Anthem, which you can listen to on any number of YouTube channels,” Lambert wrote.

Lambert’s film explores the horrors of Nazi Germany under Adolf Hitler, and makes extensive use of Nazi propaganda pieces, including music.  That includes the Nazi anthem, or ‘Horst Wessel Lied,’ while also drawing extensively from works like Leni Riefenstahl’s famous propaganda film, Triumph of the Will.

Lambert says those works are now public domain, and completely permissible within his documentary.  Even stranger, Deutsche Nationalbibliothek has now distanced itself from BR Enter Music, claiming the company doesn’t represent the library.  Yet, the film is still inaccessible, meaning a copyright claim (and strike) remain in effect. 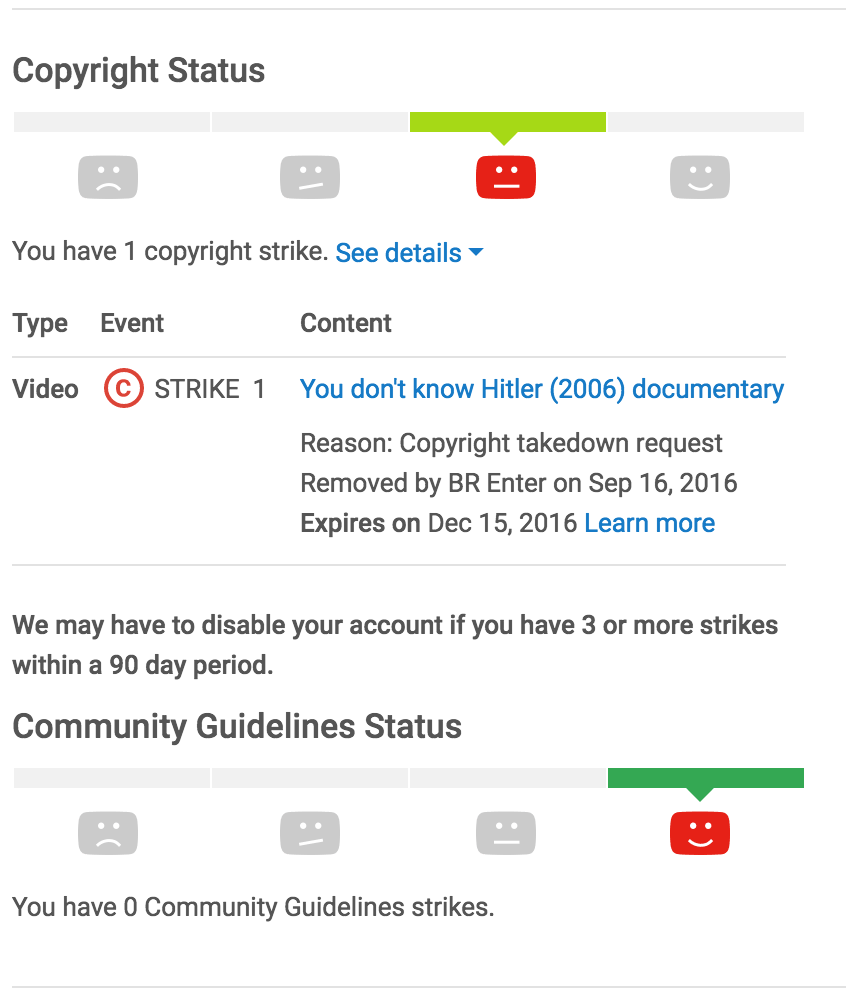 Lambert is now battling back against the claim, but getting straight-jacketed by YouTube’s policies.  For starters, Lambert was forced to go through ‘copyright school,’ which involves watching instructional videos on copyright law and answering questions about copyright.  It’s sort of like going to driving school after getting busted for speeding, and Lambert passed the quiz with flying colors.

But that’s just the beginning: by contesting the takedown, YouTube has advised Lambert that he now faces potential legal action and penalties from BR Enter.  All of this, despite the fact that the Deutsche Nationalbibliothek has disavowed any connection to the company. 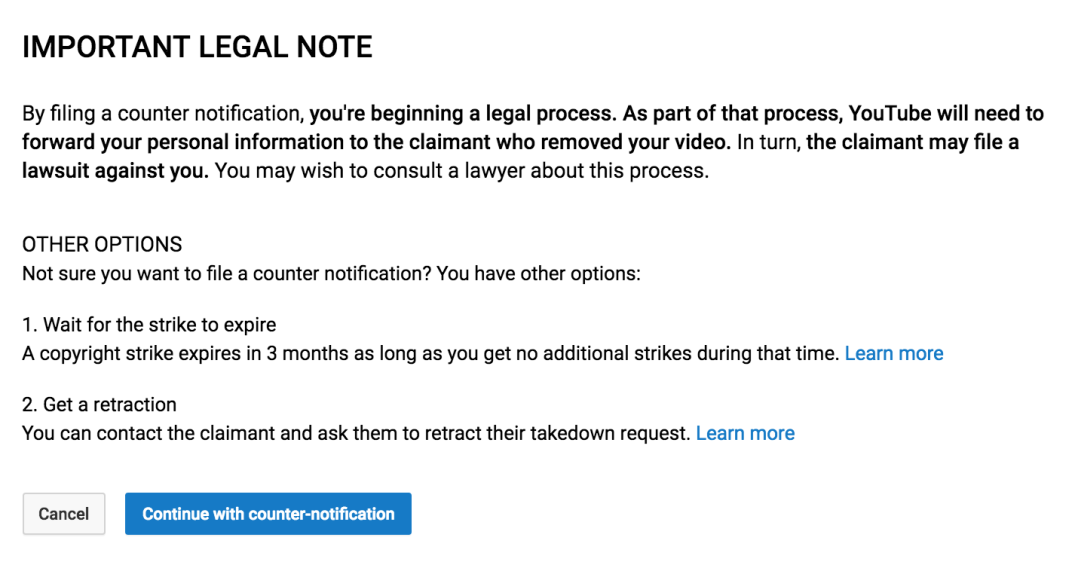 The next steps will be interesting.  If Lambert has the resources, he may decide to battle the copyright claim, and potentially generate considerable publicity in the process.  Or, the Deutsche Nationalbibliothek may choose to drop the matter entirely.

Whether the library, BR Enter, or others are seeking money for the use of the anthem is an ugly question.  But this could be part of a long-running effort to simply censor Nazi propaganda, part of a German effort to move past a very dark period in its history.  Ironically, a battle over Nazi propaganda copyright on YouTube will only serve to intensify historical wounds. 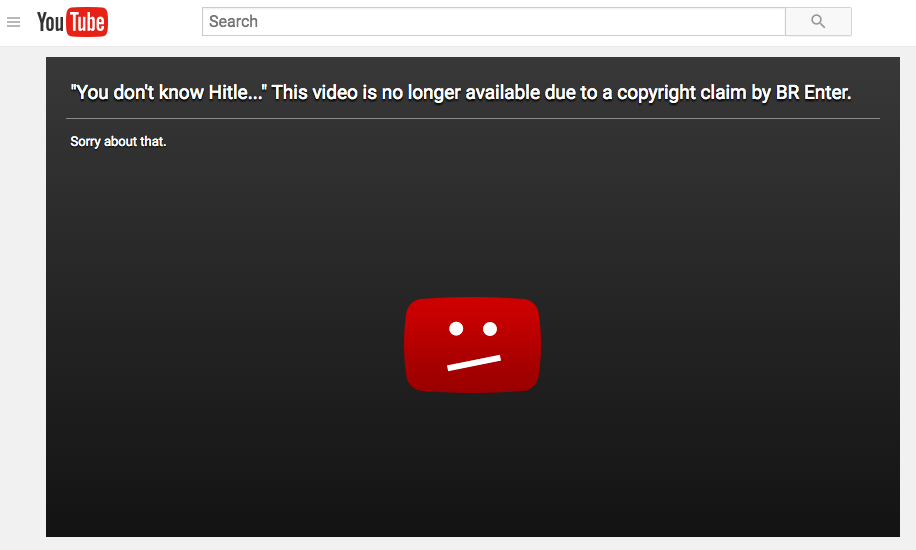 Here’s Lambert’s response to the copyright claim, and the start of the battle.

“In my expert opinion, as a documentarian and a professor of film, with an MFA in my field, I am confident that my documentary should not have been removed. I have composed a lengthy argument

1) Explain why Nazi Propaganda is in the Public Domain, and;

2) Why, even if it was not in the Public Domain, everything I have done in this film meets the four criteria commonly used to define Fair Use in U.S. Courts.

Unfortunately, YouTube’s ridiculous system limits the number of characters I can type here.”

As noted at the end, this counterclaim is severely limited by YouTube, though Lambert offered this full and detailed explanation on his blog.

Counter-Notification for You don’t know Hitler (2006):

I am writing in defense of my documentary, You don’t know Hitler, which was inappropriately taken down from YouTube because BR Enter Music, on behalf of Deutsche Nationalbibliothek, claimed that the “sound recording” rights to, “Soldatenlieder – Die Fahne hoch – Horst Wessel Lied – Version 11,” had not been approved for use in my video.

I am very disappointed in YouTube’s process for settling disputes like this, because no proof of the claimant’s alleged copyright was provided to me and I was forced to choose between a public domain argument or a fair use argument, with no opportunity to make both in the initial appeal process. I chose to focus on a public domain argument previously but I insist on making both arguments in full here. Before I do that, I feel it is important to note that I am a professor of film with an MFA that focused on nonfiction filmmaking. I would be considered an Expert Witness on the subject in a court of law and I am not just someone who randomly posted something to YouTube.

The 1 minute 6 second piece of my documentary in which the, “Horst Wessel Song,” appears is a clip from Leni Riefenstahl’s most famous propaganda film, Triumph of the Will (1935). This film in particular and a great deal of other propaganda work created by the National Socialists (Nazis) was liberally used, without permission, by Hollywood director Frank Capra, working for the U.S. Government, during the Second World War. Clearly the U.S. Government did not see this as a copyright violation at the time. Additionally, the government of the United Kingdom expressly abolished any recognition of Nazi copyrights during the war. This practice, of assuming Nazi copyrights to be null and void, was also followed by the first major, non-governmental documentary made about the Holocaust, the French produced, Night and Fog (1955), and it has continued to be followed by many productions since then. I recall talking to the Israeli documentarian and author, Alan Rosenthal, when I was in graduate school, and he told me that he expressly would never pay to use any Nazi material or seek any permissions, in any way, because nothing could be more in the Public Domain than Nazi propaganda.

The Nazi State and the Nazi Party were a criminal organization, convicted of, “Crimes Against Humanity,” in international court. Their remaining leaders were executed and the symbols of their illegitimate regime were banned in Germany, yet BR Enter Music would have you believe that they retained their copyrights, including the sound recording rights to their hateful anthem, which could be passed on to future generations of Germans to exclusively control? This is truly an absurd position to take and it begs the question, “By what means did the German National Library receive the sound recording rights to this rally cry for evil?” Was it bequeathed to them by Joseph Goebbels and the Ministry for Propaganda and Public Enlightenment? Was some retroactive decree made by the present German Government to declare that anything sitting their vaults was magically theirs under copyright law? The idea that Nazi Propaganda is anything other than Public Domain material is morally reprehensible and legally precarious.

Regardless of the weak nature of BR Enter Music’s copyright claim, my documentary is a textbook example of Fair Use. There are four factors typically used in U.S. Courts to determine Fair Use and you need not meet all of them to have a court rule in your favor, but in this case my work clearly does.

Factor 1: The Purpose and Character of the Use

You don’t know Hitler is an educational and political documentary, which uses Nazi Propaganda to show how the Nazis presented themselves and what they actually were. It is a transformative piece, which does not simply play the footage but creatively arranges it, along with original narration, to make thoughtful and important arguments. The film was also being offered on YouTube free of charge and free from ads.

Factor 2: The Nature of the Copyrighted Work

As noted above, the status of BR Enter Music’s copyright claim is tenuous at best. It should also be noted that they have not proven that the sound recording they claim to own is the same as the sound recording used by Leni Riefenstahl in her film. How can we be sure that Riefenstahl did not make her own recording of the, “Horst Wessel Song,” during the filming of Triumph of the Will? Additionally, even if it can be established that Riefenstahl used the particular recording in question at the end of her film, it was clearly used with permission from the Office of Propaganda and Public Enlightenment at the time. To say that any copyright holder can step in after the fact and say, “Yes, you had the right to use our material but no one has a right to show how you used our material,” is legal nonsense.

The most important point about the nature of this work is that it was made by the Nazis to promote Nazi Ideology. It is highly political, to the extreme, and very open to criticism and educational uses.

Factor 3: The Amount or Substantiality of the Portion Used

I used the entire 1 minute and 6 seconds of the song that appears at the end of Triumph of the Will. I was showing the audio and visual messages that Riefenstahl’s work was sending in their original context. This was absolutely appropriate to the arguments I made in the film.

Factor 4: The Effect of the Use on the Potential Market for or Value of the Work

Since YouTube does not allow certain types of, “not advertiser-friendly,” videos to be monetized (specifically, “Violence, including display of serious injury and events related to violent extremism,” and “Controversial or sensitive subjects and events, including subjects related to war, political conflicts, natural disasters and tragedies, even if graphic imagery is not shown”) I was not making any money from this video, nor would BR Enter Music be able to make any money from it on YouTube. Additionally, the sale of Nazi Propaganda material is extremely regulated, if not entirely forbidden, in Germany, and the market is limited elsewhere by low demand. Since, under my understanding of German law, BR Enter Music cannot sell copies of this song to the hateful extremists who may want it, nor would such people presumably be content to simply hear it in my film and never buy it from another source, if BR Enter Music was able to sell it to them, it is not reasonable to argue that my work has had any negative effect on the market value of the original work.

This matter should never have reached this absurd point. YouTube should not have given unquestioned deference to BR Enter Music’s claim against me and my documentary should not have been taken down from YouTube. I hope this counter claim will finally resolve this matter and restore the video to my channel because I am completely within my rights to have made this film and to publicly show it to others.

Meanwhile, Lambert has decided to re-post the documentary on other platforms, starting with Vimeo.  That could expand the legal battle, if either BR Enter Music or Deutsche Nationalbibliothek choose to expand their claims.  “If you want to see, You don’t know Hitler, it is still available on vimeo, and I just added it to my pivotshare channel, where I’ve been selling Conspiracy Theorists Lie (2015) for the last year,” Lambert noted.