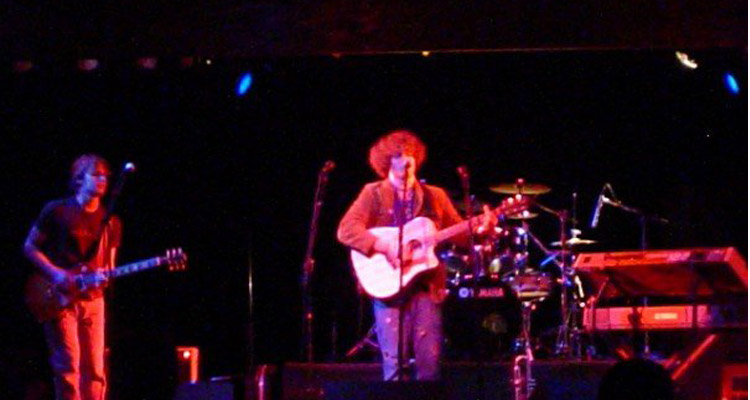 It’s usually taken as an insult even if it’s not meant to be.  It infers that no one outside of the confines of your hometown has ever heard of you.  Not “no one” in the sense of “no one has ever heard of Aleppo.”  Clearly, many people have, even if most people (or a presidential candidate) haven’t. I’m talking literally no one.

Even in our globally connected world where internet stars with day jobs are commonplace, people still heavily use the term ‘local band.’  But what really defines a ‘local band’ in the NEW music business?

A local band is a musical act that has not built a fan base outside of their home state.   And has no plans to.

There are the “weekend warriors” who are musicians with day jobs and “tour” only on the weekends — typically visiting neighboring cities.  Local bands occasionally cross state lines.  But this does not qualify them to remove the “local band” medal of shame unless they are structuring their game plans on bigger and better.

Believe me, I had that medal strangling my neck for a couple years before I figured out how throw it into a SoCal brush fire.

The thing is with local bands is they don’t seem to be able to see 5 feet in front of their drink ticket covered eyeballs.

Now, this isn’t to say they cannot and will not ever become national acts. Remember, every national act was once a local act.

But, the problem is most local bands bitch about why they aren’t getting the ‘breaks’ they think they deserve to be getting without stepping back and understanding why they aren’t able to move their careers further along. In the new music business, luck has nothing to do with it.

You make your own success.  Sure, there are  little victories here and there that may seem like lucky breaks, but luck is simply when preparation meets opportunity.

Most local bands simply don’t have the preparation part down. And there’s no excuse for that.

I once lived with 5 musicians in a house in Minneapolis.  We were each in different projects and traded off nights of the week where our bands would rehearse in the basement.  One of the guys I lived with, Michael, had a 9 to 5 office job.  He went straight from college graduation to this pencil pushing position.  He was also in a local band that played a residency at a bar every Thursday night.  Every day he came home from work at around 5:30, ate a quick dinner and then locked himself in his room with his electric guitar, popped on his practice headphone contraption and practiced until he went to bed at midnight. 6 hours.  Every night (except Thursdays and band rehearsal Wednesdays).  While parties happened on the other side of his door he was hard at work.

When he started his day job, he was a mediocre guitar player.  But a year later, after spending nearly every night practicing his ass off, he quit his job and helped take his band from being just a local bar band to touring the country, selling out venues most places they went.

This didn’t just happen either.  And they received very few “lucky breaks” (if any, honestly).

To ‘make it’ in music requires an obsessive desire to be great.  Not famous.  Great.  And most musicians are, simply, not great.  They’re good enough to bring friends and family out to their local shows, but not great to the point where they are simply undeniable.  You can have the business skills of Troy Carter, but it means nothing if you don’t have a product that people want.  The product, in this case, is your music.  Whether it’s your live show or your recorded music, some aspect of your project needs to be great.

And it’s not about natural talent.  Michael had less natural talent than many of his counterparts.  But he worked harder than them and quickly surpassed them.

So, stop pushing your shitty product.  Get better first.  And start pushing when you’re ready.

But all you shady ass pay-to-play promoters out there, this does not give you a pass to convince naive local bands to pay you to get on a stage for experience. This is a slimy practice and you know it.

+Should You Pay to Play? Here Are The Worst to Best Club Deals In The World

All you local bands paying to play. There are better ways to get experience that doesn’t perpetuate this practice. Play charity events. Play teen centers. College events. Offer to play at bars for food and drinks. Don’t force your friends to buy tickets to come see you suck.  They aren’t going to appreciate that.  It’s a lose-lose for everyone involved (except the promoter who makes out handsomely).

How do you know when you’re ready?  Well, you’ll know.

Eventually there will be more people in the crowd digging what you’re putting out who you don’t know than you do.  Randoms will go out of their way once you finish to come up to you and tell you how much you moved them.  Randoms will ask where they can find your music.  They’ll start to follow you on all social channels and want to see you again.  At that point, you’re ready to take your show on the road.

How do you know when you recorded music is great?  Well, this used to be extremely difficult to get an honest response from anyone.  Your friends and mom will always tell you what you want to hear.

Use market research platforms like AudioKite, Sound Out, Tunecore’s Fan Reviews, ReverbNation’s Crowd Review or the “industry professionals” on Fluence or Music Xray for unbiased opinions.

If you’re consistently scoring in the bottom 50th percentile, you’re not ready yet.  That score means that you are worse than 50% of all music ever reviewed on these services.  And a lot of music has been reviewed on these services.  Once you start consistently scoring in the 90th percentile and above, then you’re ready to take all the business knowledge you’ve learned from doing your homework and start turning yourself into a nationally known and respected artist.