The Strange Story Behind the ‘Oscar Mayer Wiener Song’ 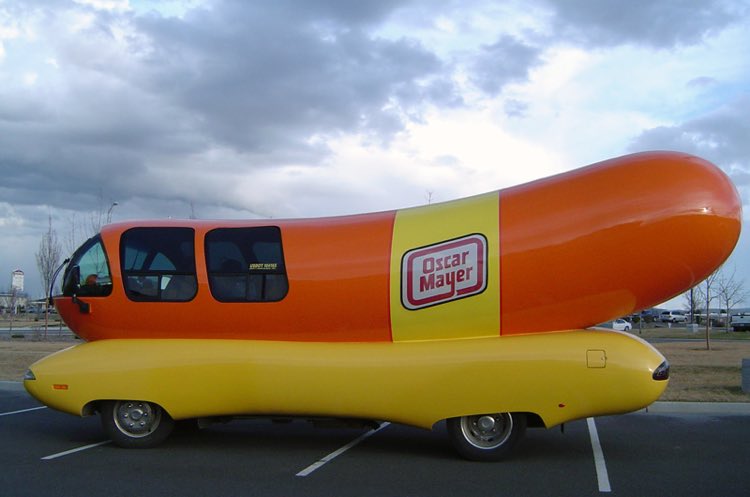 Richard D. Trentlage, the songwriter behind the ‘Oscar Mayer Wiener Song,’ has now passed away at age 87.  But the story he leaves behind is a fascinating tale.

It’s among the most iconic jingles in history.  Many advertisers consider it the greatest song ever written.  And Richard D. Trentlage, the man who will forever be known as the author of the ‘Oscar Mayer Wiener Song,’ has now passed away at the tender age of 87.

But before he passed, Trentlage revealed some strange details about a song that almost every American knows by heart.

Perhaps the most fascinating detail is this: the ‘Oscar Mayer Wiener Song’ was actually written in about one hour.  It all happened one late night in September of 1962.  That’s right, a song that made Oscar Mayer millions, while being known by billions, was penned late one night in a burst of songwriting inspiration.

Soon, it was canvassed everywhere, for decades thereafter.

So how did this iconic jingle come about?

Richard Trentlage was actually a career jingle writer, with a number of successful songs under his belt.  That includes McDonald’s, V8, and even the National Safety Council (a song for seatbelts), though Oscar Mayer was ultimately his biggest client.

Richard Trentlage wasn’t from Nashville, New York, or LA.  He lived in Fox River Grove, Illinois, outside of Chicago. He played the banjo-ukulele, which is sort of like it sounds.  Trentlage was a creative guy living in a small town, making a decent living off of what he loved.

Then, a quick sequence of events turned him into a jingle-happy millionaire.

Amazingly, Trentlage didn’t know anyone at Oscar Mayer.  Nobody concocted the ‘Oscar Mayer Wiener Song’ concept and tasked him to write it.  Instead, he submitted the ‘Oscar Mayer Wiener Song’ for an open contest held by the company.  More fascinating is that Trentlage only learned about the contest the night before.  He accepted the challenge, and fundamentally changed his life in the process.

That night, scrambling around for ideas, Trentlage remembered something his son had spoken about.

According to details Trentlage shared with the Wisconsin State Journal, Trentlage’s son said he wished he were ‘a dirt bike hot dog,’ which apparently meant a ‘cool kid’ back in early 1960s America.  His son wanted to be cool.  So why not make Oscar Mayer hot dogs cool in the same way?

That evolved into the aspirational ‘I wish I were an Oscar Mayer Wiener’ line, which was quickly hammered onto the typewriter.  The rest, as they say, was history.

That night, these iconic lyrics were typed out for submission:

“Oh, I wish I were an Oscar Mayer Wiener

’Cause if I were an Oscar Mayer Wiener

Everyone would be in love with me.”

Pairing those lyrics with the soon-to-be-famous melody, Trentlage took his son, age 11 at the time, and his daughter, age 9, to record the song.  They didn’t have to go far: the trio recorded the first version in their home studio, in a lo-fi take (both kids had colds).  They then submitted it to Oscar Mayer’s headquarters in Wisconsin the very next day.

But even though the song took an hour to create, it took Oscar Mayer over a year to make its decision.

That’s right.  After mulling the song for more than a year, and subjecting it to multiple focus groups, Oscar Mayer ultimately went with Trentlage’s classic.  The company ultimately went with the repeated focus group results, and tested it in Houston with spectacular results.  Soon thereafter, the company employed the jingle across 21 English-speaking countries and territories, and kept it going until 2010.

That’s one of the longest-running jingles in history, if not the longest ever.  Trentlage enjoyed fat royalty checks for decades, all because of a simple contest entry.  In fact, he never had to write another jingle after that if he didn’t want to.

Trentlage actually passed away on September 21st, though the family only shared the news Thursday evening (the 28th).   Actually, it was Trentlage’s daughter, Linda Bruun, who revealed the news.  She was the 9 year-old who made the first recording with her dad and brother.

As for his Trentlage’s legacy?  Strangely, few people in this world know Richard Trentlage’s name, though nearly everyone can recognize that song.  In fact, it’s impossible NOT to know the jingle, or get it out of your head.

That’s a strange imprint to leave on American culture.  But I don’t think he was complaining.