Is Kim Kardashian Lying About Getting Robbed at Gunpoint? 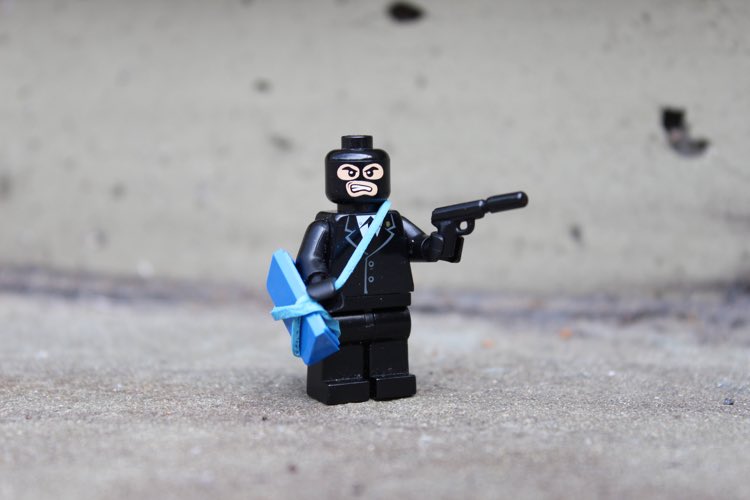 Was Kim Kardashian really robbed at gunpoint in Paris?  Here’s why the story isn’t stacking up.

It just doesn’t make sense.  There are too many details missing, conflicting, or seemingly fabricated. And now, people are starting to call bullshit on news that Kim Kardashian was robbed at gunpoint this weekend in Paris.

Updated: this post first appeared early Monday morning (US time).  Since that point, even more contradictory details have come to light, so we’ve added four more obvious red flags.  Thanks everyone for contributing your information to this article!

For those just tuning in, Kim Kardashian’s spokespeople have reported that Kardashian was robbed by multiple gunmen posing as Paris police officers.  The ‘officers’ invaded her hotel room, tied her up, locked her in the bathroom, and made away with millions in jewelry (including a marriage ring).

Just a few days ago, ‘celebrity prankster’ Vitalii Sediuk rushed Kardashian and tried to kiss her rear end.  Despite Sediuk quickly appearing seemingly out of nowhere, Kim Kardashian’s personal bodyguard immediately leapt into action and intercepted the attempt.  It took a millisecond for guard to respond.

Kardashian is often flanked by lots of different people.  Someone is constantly around, ready to deal with any issue, just like the Secret Service.  In fact, moments later, Kardashian bragged that her bodyguard was ‘always in my shot,’ i.e., closely shadowing her wherever she goes.

Here, take a look for yourself.

This guy is always in my shot!

A report by Paris-based BFM-TV said there was only one watchman in the entire hotel.     But why would Kardashian’s room be completely unprotected and unattended?

Bullshit Flag #2: Paris police have declined to comment on the incident.

But, why would the Paris police department initially refrain from commenting on such a serious robbery?  That would probably require some outstanding issue, for example, the investigation of a possible hoax or fabrication?

Instead, the French Interior Ministry issued an initial statement parroting the details of a Kardashian representative.

So which is it?  If it was five, were there really five guys dressed up like Paris cops?  That would draw a serious scene, and witness reports.

But we haven’t heard any witness reports.  Actually, there was one: the watchman, who was supposedly tied up himself, yet somehow noted that two men left on bicycles while three others left on foot.  Huh?

Bullshit Flag #4: It happened right in the middle of a Kanye West concert.

Things happen when things happen, but, right in the middle of a Kanye performance?  That sounds suspiciously like an attempt to maximize publicity, with Kanye dramatically rushing off the stage to handle a ‘family emergency’.

Bullshit Flag #5: It happened several songs into the Kanye West concert, so no refunds would be needed.

“We appreciate the great show he put on for fans to close out the inaugural Meadows Festival. Our thoughts are with West and his family,” the festival offered in a statement.

Notice that the Meadows Festival told fans that the show was merely ending early after a ‘great show,’ and would not be refunded.  That critical difference means millions of dollars, and no ‘make up’ show.

Bullshit Flag #6: Both Kim Kardashian and Kanye West really need the publicity right now.  You really think this isn’t beneath them?

It’s been non-stop Brad Pitt and Angelina Jolie, not to mention Trump vs. Clinton.  There are even rumors that ‘Keeping Up With the Kardashians’ is getting canceled.

They need the publicity, badly.  You probably didn’t even know Kardashian was in Paris.  Or even that Kanye West was still touring.

Bullshit Flag #7: The ‘No Address Hotel’ is located in a high-end area of Paris with lots of police presence.

Paris is a city on high-alert, with serious terrorist threats.  Terrorists like to attack nice neighborhoods and locations, so there are police everywhere.

Early Monday morning, we’ve learned that Kardashian was staying at the penthouse suite of the posh, ‘No Address Hotel’.  It’s actually called the Hotel de Pourtales, on the Rue Tronchet located in District 8.  And it costs a ton of money to stay there.  This hotel is also used by other high-profile celebrities like Leonardo DiCaprio.

So, if this luxury hotel is located in the high-end area of Paris, a city under attack by terrorists with lots of cops everywhere, how is it possible that not ONE distress call made it to the outside?  That cops didn’t even respond in time to a full-blown jewelry heist that involved tying up Kim Kardashian with packing tape?

Bullshit Flag #8: Kim Kardashian would have sent some communication to the outside world.

She’s constantly sending snaps, pictures, updates, and posts.  Non-stop.  Her phone is probably right by her bedside when she goes to sleep.  In fact, she supposedly sent her last Snap right before the robbers entered.   Kardashian probably also has more than one phone, not to mention tablets and computers laying around, even in the bathroom (which is probably really large).

You think she wouldn’t send out one distress message to her fans?

Later on, we found out that someone else was downstairs in the multi-level residence.  That person didn’t send any distress calls?

But even more unbelievably, no one in the entire hotel sent one message to the outside world?  There were also apparently several employees, according to a few reports now surfacing.

Bullshit Flag #9: These guys haven’t been caught, or even identified?

Bullshit!  You impersonate cops, infiltrate a high-end luxury residence, and just slip away in the middle of the night on bikes?  No way: five guys dressed like fake cops would probably be either busted, or at least identified by camera shots.  Remember, in major metropolitan cities like Paris, cameras are everywhere.  And after a spate of terrorist attacks, the entire city is being completely monitored.

Yet we have no footage?

Bullshit Flag #10: Where were Kim’s kids?

Kim Kardashian has two kids who were in Paris.  Yet somehow, they weren’t in the massive, multi-room sprawling suite at the time of the heist?  Why not?

Reports suggest that Kardashian’s two kids were staying at a separate hotel.  Huh?

Bullshit Flag #11: You can’t lock a bathroom from the outside.

Later, Kim Kardashian’s spokesperson said that the robbers tied Kardashian up, and locked her in the bathroom.  But there’s no way to lock someone inside a bathroom from the outside.  You’re only locking yourself out; it makes no sense.

What is this, 1990?  A lone guy with a giant keyring, one of which opens a $15,000 penthouse suite?  No electronic entrance card, keypad, or any alert system for guests?  Now that’s old school luxury.

Bullshit Flag #13: Why does this sound exactly like an episode of Scooby Doo?

More details as we learn them.  And for lots more bullshit flags, just read the comments.