Why is Netflix Making Money When Spotify and Other Services Can’t? 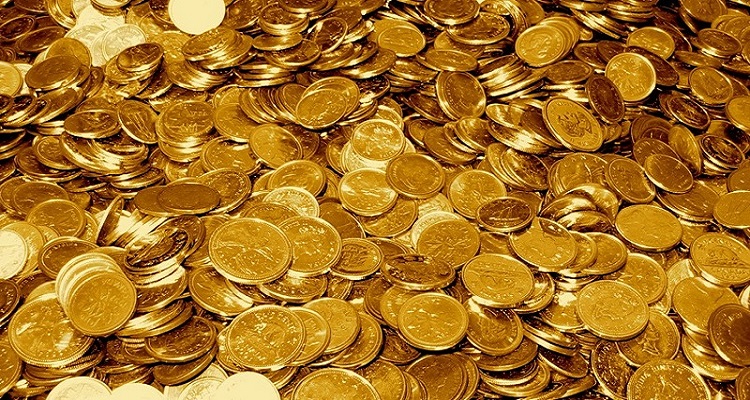 Why is Netflix making money when Spotify isn’t yet profitable?

Two years ago, a Reddit user, clayton_frisbie, decided to do his own independent analysis.  Clayton found that Netflix had only 49 films of IMDB’s Top 250, a paltry 19.6%.  Films in this list include classics like The Godfather, Pulp Fiction, and The Lord of The Rings, among others, all missing from Netflix.

Streaming Observer, however, decided to update Reddit’s list.  Two years after the original list was published, they found even worse numbers.  According to writer Andrew Dodson, that number had dropped to 31 movies, or an even worse 12%.  The gaps include favorites like Good Will Hunting, Back to the Future, and Forrest Gump, among others.

You can check out Streaming Observer’s site for the full list.

Here at Digital Music News, we don’t tend to cover movies, but it’s certainly tied to music in many ways.  And in light of Netflix’s sinking IMDB list, we started asking ourselves this question.

“Why is Netflix doing so much better than streaming services like Spotify, which have ‘everything’?”

Recently, Netflix poured $120 million into the production of The Get Down. Their 2013 political hit House of Cards cost the company $60 million to make. The latter investment was well worth it, as the show went on to earn Kevin Spacey and Robin Wright Golden Globe wins and lots of new subscribers.  It’s still unclear, however, if the money invested for The Get Down was money well-invested.

In answering this question, I found two main reasons as to why Netflix is successful whereas top music streaming giant Spotify, and similar companies, are floundering.

In its Q2 2016 earnings release, Netflix disappointed investors earlier this year by failing to add 2 million subscribers. They only added 1.52 million net additions, a number that by no means is nothing to laugh at. The news actually pushed shares down 15%. However, here’s the key difference between Netflix and Spotify: It actually made money. The company was able to generate a total of $2.1 billion across all of its businesses, up from $1.64 billion a year ago. These numbers come from Amigobull.

However, things weren’t so good for Spotify last year. This is due to one main reason: the music business definitely doesn’t work like the movie industry. Spotify was able to earn close to $2 billion in revenue, up from 2014. However, its losses also increased to $206 million. The reason why? Royalties.

Royalties are the very reason why similar companies are floundering.  Despite strong subscription numbers, Tidal posted huge losses earlier this year.  Royalty payments affected Deezer so much that they had to postpone their own public offering last year. They cited the reason as being “market conditions.”

One key difference, as noted above, is that movie studios actively look for distribution companies.  The music industry, however, actively looks for high royalty payments.  This may be the reason behind Spotify and YouTube’s poor artist payouts.  According to Fortune,

“Of every dollar that Spotify brings in the door in revenues, about 85 cents goes right back out the door again in the form of payments to the music industry.”

Netflix takes a different approach to licensing payments. Whereas Spotify is forced into deals with the Big 3, Netflix actively renegotiates their licensing deals. They also set a fixed fee for during a set time period. According to Investopedia,

“The licensing agreement can be renegotiated after the set time period ends, or Netflix could drop the show from its library if viewer interest is not high enough to warrant the cost…Netflix uses consumer data mining to determine which content viewers pay to see and relies heavily on this information to determine the total cost of each licensing agreement.”

Analyzing Netflix’s real numbers once again, their total revenue isn’t as impressive. They only earned $40.76 million in net income, up $14.42 million from the same quarter last year. Netflix has to hand over a lot of their revenue to overhead, distribution, and operating expenses.

Over at Spotify, they don’t seem to be worried about not making revenue yet. In 2015, Daniel Ek was quoted as saying,

“We’re only at the beginning of something really exciting. There is a profound change happening in music.”

One reason why Netflix has to pull titles from its service may be that they just don’t have the capital to pay the licensing costs.  Mic.com calls it “selective bill paying.”  Back in 2015, Netflix raised $1.5 billion in debt to fund its original programming.  Spotify has yet to invest in a similar deal for original content.  Even its top music streaming service rival, Apple Music, is trying to gain more subscribers through timed exclusive albums and songs.

Yan Bian Boey, former senior UI engineer over at Netflix, gives us a glimpse into how Netflix earns money from its original content.

“Netflix does not make money directly from its original series. Indirectly, as Netflix builds up a stable of highly visible and must-watch shows, thus attracting more and more people to sign up for a monthly fee, Netflix will make more money as a result.

An important point to note is that Netflix does not need every show it makes to be well-liked by everyone. As long as you like enough shows to keep paying a monthly fee, that will be considered a success.”

Spotify is devoid of a similar service, which may actually boost its numbers in the long-run. With Amazon’s entry into the music streaming market, this may even be more important in the coming future.

Amazon is currently stepping into an already crowded market with a very strong advantage over Spotify: they’ve had years to establish their user base. Amazon first focused on electronic commerce and then through solid cloud computing. According to Fortune, the company currently counts with 63 million Prime members. These 63 million members will enjoy a discounted monthly price for the music streaming service if they choose to sign-up.

In the music industry, there’s been a big question Spotify has been unable to answer: When will they make money? However, in the face of the previously named factors, the only real question that needs answering, ahead of their rumored IPO offering, seems to be:

How does Spotify actually plan to make money?