On His 90th Birthday, Chuck Berry Announces His Final Album 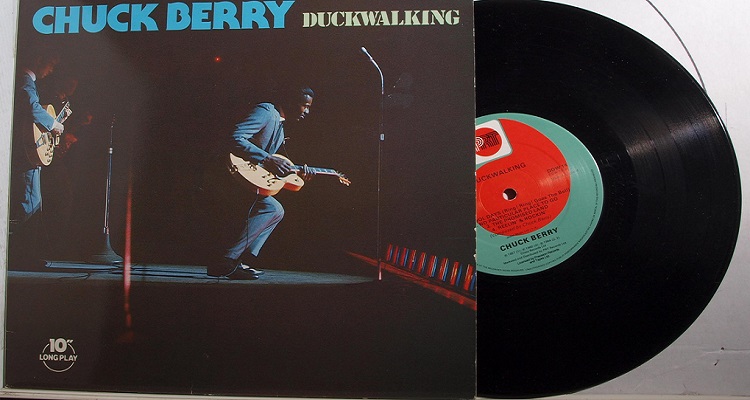 Image by badgreeb RECORDS (CC by 2.0)

On his 90th birthday yesterday, Chuck Berry announced that he is releasing a new album. His This marks his first album in 34 years. The album has a very simple name: Chuck. The album is dedicated to his wife, Themetta. He said in a statement,

“This record is dedicated to my beloved Toddy. My darlin’ I’m growing old! I’ve worked on this record for a long time. Now I can hang up my shoes!”

“What an honor to be part of this new music. The St Louis band, or as dad called us ‘The Blueberry Hill Band’, fell right into the groove and followed his lead.”

It’s hard to ignore Berry’s fame and strong legacy in music. He’s known for smash hits like Johnny B. Goode, Maybellene, and Roll Over Beethoven, among countless others. The New York Times called Berry “probably the most influential rock musician ever.” John Lennon once said,

“If you tried to give rock and roll another name, you might call it ‘Chuck Berry.”

Berry is also the first singer and songwriter to receive the Grammy lifetime achievement award back in 1984. He also received the first PEN award for literary excellence in 2012.

“It is a great honour to be a part of this record and the broader legacy of Chuck Berry,” said Paul Roper of Dualtone Records.

This body of work stands with the best of his career and will further cement Chuck as one of the greatest icons of rock and roll.”

“Comprised primarily of new, original songs written, recorded and produced by the founding rock and roll legend, ‘CHUCK’ is Berry’s first new album in thirty-eight years. It was recorded in various studios around St. Louis and features Berry’s longtime hometown backing group — including his children Charles Berry Jr. (guitar) and Ingrid Berry (harmonica), plus Jimmy Marsala (Berry’s bassist of forty years), Robert Lohr (piano), and Keith Robinson (drums) — which has supported him for over two decades on over two hundred residency shows at the famed Blueberry Hill club. More details about ‘CHUCK’ and other Berry-related events will be revealed in the coming weeks.”