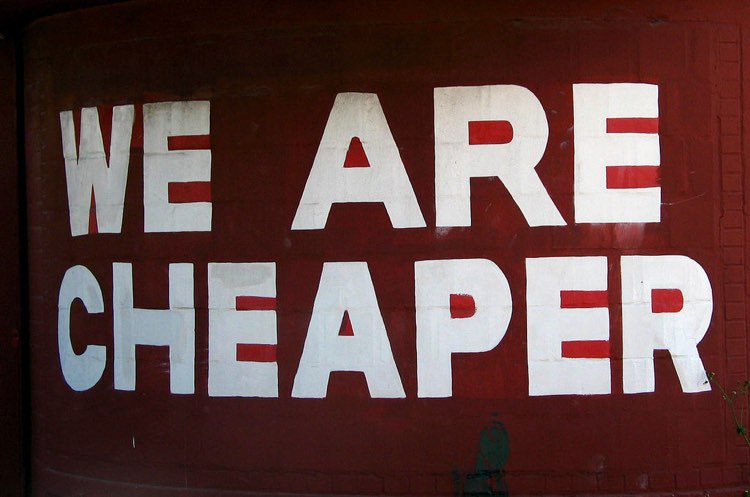 What’s the ‘sweet spot’ price that will get streaming music to a billion subscribers? Maybe Apple Music will finally figure that out.

Apple Music may be preparing for a major price drop, according to a pair of sources working closely with the streaming service.  If implemented, the drop could be as much as 20%, which would put the final monthly price below $8.  The change, if implemented, would allow Apple to minimize any damage from a seriously undercutting Amazon Music.

The sources are not inside Apple, but have been working closely with the Apple Music service since its launch.  They also emphasized that the changes are still under discussion, albeit ‘under serious discussion’.  Still, there are valuation debates underway, and the price chop may not be implemented.

But how much are we talkin’ here?

Currently, the Apple Music streaming service is priced as follows.

That could soon be slashed by a $2 discount across regular and family tiers, according to details leaked.  That would amount to discount of more than 20% and change the picture to this:

The move could come as soon as this Christmas, and possibly start with a holiday promotional discount.  Currently, Apple offers a three-month trial window for users, which automatically rolls into the $9.99 monthly tier.  That formula would be altered, with those subscribing before Christmas enjoying the slashed rate by March or April.

Other short-term actions could include discounts on upgrades from regular to family plans.  Of course, for a limited time.  “Act now!”…

Sorry, no back-payments for early subscribers.

Importantly, the plan would not pay current, full-priced subscribers any compensation for their earlier months of higher payments.  But, those users could be transitioned into the lowered rate, if it becomes permanent.  That would help to stem ‘churn,’ or subscription cancellations, not to mention defections to Amazon Music.  Or, whatever lower-cost competitor comes along.

Amazon appears to be the biggest motivation for the pricing discussions.  The reason, unsurprisingly, is that Amazon Music is pretty damn cheap compared to their competitors.  The full-blown, just-launched Amazon Music Unlimited subscription is currently $9.99, though that price drops to $7.99 for Prime subscribers.

But there’s a huge sweetener in this: a free, ‘Prime Music’ option for more casual music listeners.  That, more than anything, presents a major threat to Apple Music’s growth arc, with Spotify also under pressure to adapt.  And the reason is dead simple: why pay $9.99, or even $4.99, when it’s already bundled into your existing Prime account?

Get read for ‘disguised discounts’

Onlookers are quick to point out that Spotify is already offering drastic discounts.  The only difference is that they are in disguise.  Spotify boasts 40 million paying subscribers, but how many of them are paying $9.99 a month?  That’s difficult to know without access to Spotify’s data, but the company has been offering drastic student discounts.  Not to mention massive upgrade deals to shift users to paid accounts.

It’s working, but not at $9.99 across the board.  Instead, the average monthly access price at Spotify may actually be closer to $5 than $10, based on loose estimates.  All of which raises the important question: what’s the right price for a monthly streaming service?

Now, here’s the bitter pill Apple would have to swallow.  It looks like any price drop would require Apple to directly pay the difference to major recording labels Warner Music Group, Universal Music Group, and Sony Music Entertainment.  In other words, the majors are not subsidizing any pricing research, even if it makes them billions down the road.

That’s the game now, with Amazon already rumored to be paying for its juicy discounts.  But those label demands could present a golden opportunity for Apple to steer out competitors like Spotify, a company strapped with debt and heavy pressure from investors.

Apple has yet to respond to an inquiry on the possible price drop.