The Best Baby Songs and Lullabies for Your Child 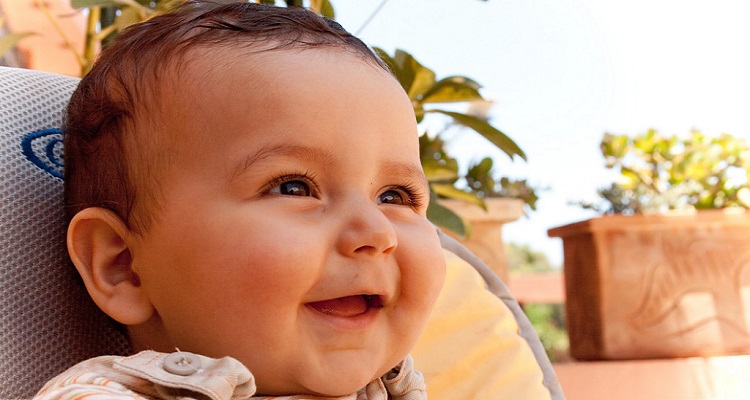 What are the best baby songs and lullabies for lulling your precious child to sleep? Here’s a quick list, written by a parent, for parents.

I have the blessing of taking care of two beautiful, precious daughters.  I usually don’t put on new music for them, but rather classic baby songs and lullabies.  They do the job when I’m trying to put them to sleep, or just calm them down.

This list is a mix of baby songs, children’s songs, and classic lullabies.  It also includes songs sung by popular artists.  Nevertheless, these are the baby songs and lullabies most parents are searching for.  They’re voted the most popular on the net, with a few of my own suggestions sprinkled in.

1. Wheels on the Bus

This classic children’s song is the most searched song by parents of newborn babies and toddlers.  The soft lyrics please and entertain children, helping them to acquire a solid vocabulary through the use of repetitive rhyming.

I personally use this song with my youngest daughter to put her to sleep, or to calm her down when she’s fussy and upset.  The very mellow lyrics may instantly calm the fussiest child, as put them to sleep in the heavens.  It’s one of my favorite (and effective) baby songs and lullabies.

English poet and clergyman John Newton penned this famous song and published it in 1779.  It’s meant to remind Christians of the grace that God gave them.  Christian parents still use this 200-year-old song to sing their little ones to bed.

4. You Are My Sunshine

Ray Charles, Aretha Franklin, and Johnny Cash have sung this old-time lullaby to their loved ones. However, the true sunshine for parents is their own baby, who is the apple of their eyes.

You’ve heard this song before. There’s an itsy bitsy spider.  The spider one day decides to climb up a water spout. Suddenly, it rains. The water comes down through the water spout, pushing out (but thankfully, not harming) the spider. It takes a while before the sun comes out, but when it does, there goes that same spider again up the water spout.

Humpty Dumpty is apparently a very important person.  He’s appeared in box office movies, and countless children’s books.  He’s also favored by a king in this song.  However, his fame isn’t enough to save him from a great fall, putting an unfortunate end to this beloved character.  Not even the king’s horses nor the king’s men could put him back together again.  May Mr. Dumpty rest in pieces.

7. Here Comes the Sun — The Beatles

The Beatles are known for their very mellow lyrics, and simple songs that are easy to learn.  This song is used by parents to soothe a fussy child.  There’s no denying that once you listen to this song, you’ll instantly feel very relaxed.

8. Old MacDonald Had a Farm

Old MacDonald was a very tolerant man. He filled his farm with tons of barn animals that make a lot of sounds, from cows that go “MOO” to pigs that go “Oink Oink,” and even ducks.   I’m not sure how I would handle owning a farm with this many animals.  At least I’d never go hungry, though.

Another song loved and used by Christian parents. This song serves to remind babies and toddlers that they’re loved not only by their parents, but by Jesus Christ.

The lyrics are very romantic, endearing, and loving.  Yet, from a parent’s perspective, ‘Just The Way You Are’ is easily applied to babies.  Take a look.

“I wouldn’t leave you in times of trouble

We never could have come this far

I took the good times

I’ll take you just the way you are.”

A personal favorite.  I sing this lullaby to my daughter each time she’s fussy or crying loudly.  Sung primarily by mothers, this song promises rewards for the child if he or she keeps quiet, from a mockingbird, to a diamond ring, and even a cart and a bull.  It makes me wish I could quiet down for these rewards.

Christmas songs are favorites among parents.  Silent Night is a hymn, which invokes sounds of silence, tranquility, with images of a child born in a manger surrounded by animals.

Baa-Baa Black Sheep is an English nursery rhyme. The earliest surviving version is from 1731. There’s also a French variant of this popular song written in 1761.

Yo Gabba Gabba! is a U.S. live action and puppet children’s show.  It’s a real hit among parents.  Nap Time, though an upbeat song, is searched by parents to keep their children entertained.

The earliest memory I have of this song is a little girl singing it for over 3 minutes in America’s Funniest Home Videos, hosted by Bob Saget.  This English nursery rhyme is adapted from poet Sarah Josepha Hale’s poem written on May 24, 1830.  The poem describes an actual incident with a young girl and her lamb.

Row, Row, Row Your Boat is an English nursery rhyme that is primarily used as an “action” rhyme to motivate children to imitate adults’ actions.  It’s one of the classic lullabies.  Modern versions of this song use four voice parts: soprano, contralto, tenor, and bass.

17. Once upon a Dream – Disney’s Sleeping Beauty

On my SEO search results, Disney songs actually ranked pretty high, beating out other more popular songs. There’s a reason why parents love to use this particular song. Take a look at the lyrics.

“I know you, I walked with you once upon a dream

I know you, the gleam in your eyes is so familiar a gleam

But if I know you, I know what you’ll

You’ll love me at once, the way you did once upon a dream.”

Rock a Bye Baby is a popular English nursery rhyme adapted from an old-time march.  One of the most famous baby songs actually harkens back to the English Civil War.  While the original song describes, well — cutting a person’s throat — the lullaby describes a terrible fall, which captures a similarly violent end.  Only this time, it’s a baby.

Like ‘Rock a Bye Baby,’ this song also contains questionable lyrics.  There are five monkeys jumping on the bed.  One by one, each falls down and hurts their heads.  The mother continually calls the doctor to ask what to do.  The doctor tells her each time to not let the monkeys jump on the bed.  However, the mother ignores this, until all the baby monkeys hurt their noggins.

You’ve heard this song before.  Did you know the earliest known version of this song is from 1744?  That version uses “Hickore, Dickery Dock” instead of “Hickory Dickory Dock.”