Is Flipagram About to Exit the Music Industry? (Updated) 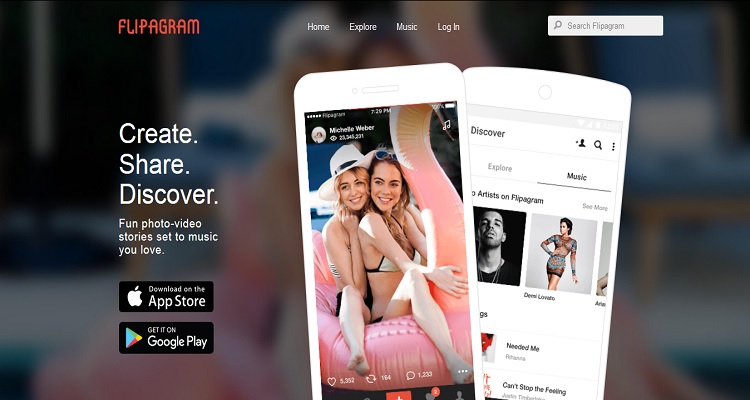 Is this the end of Flipagram’s music business ties?

Updated 1:05 pm PT: Flipagram spokesperson Sarah Ross has just told Digital Music News that the company has no plans to exit the music industry.  She has declined to offer any response on the sudden departures from the music division, as we reported this morning.  “Flipagram is not ‘exiting the music business’ at all,” Ross emailed. “Flipagram is a mobile video creation app, where music plays the important role of soundtrack to people’s video stories.  We are actually doubling down on this use of music as our differentiator and the backbone of our videos — see last week’s news here.”

Take this news with a grain of salt. According to a source close to a major label, Flipagram is about to exit the music industry.

The source states that last week, each individual member of Flipagram’s music team sent out e-mails to music labels, indicating that they were leaving the company. The e-mails indicate that Flipagram laid off their entire Music Division last week.

Flipagrams are short photo-video stories “paired with music you love.”  There’s a mobile app available for iPhones, iPads, and Android devices.  For the uninitiated, here’s the quick blurb:

“All stories matter. They connect and empower us to experience the beauty of our uniqueness and the humanity that comes with seeing the world through someone else’s eyes.

Everyone has stories worth telling, what’s yours?”

Earlier this year, the company scored $70 million in fundraising, along with agreements with Universal Music Group, Sony Music Entertainment, Warner Music, Merlin, and The Orchard. They also locked down deals with publishers that included Sony/ATV Music, Universal, and BMG.

This positioned Flipagram as a major force, with deals involving the entire music industry. The company reported over 30 million active overs in July.  I.e., very huge.

The rumor comes just days after the company announced Vibes and Beatbrushes for the app.  According to their press release, Flipagram Vibes allows creators to set the tone and pace of their video.  Beatbrushes sports similar functionality, but in addition, includes a unique set of tap drawing tools.

Flipagram on the Android currently enjoys a 4.3 score, with over 1.35 million ratings.  The app counts between 50 to 100 million downloads.

Digital Music News has reached out to Flipagram as well as major labels, but everyone has remained tight-lipped.  (Updated: see response from Flipagram above).

We’ll keep this story updated as we hear more news.