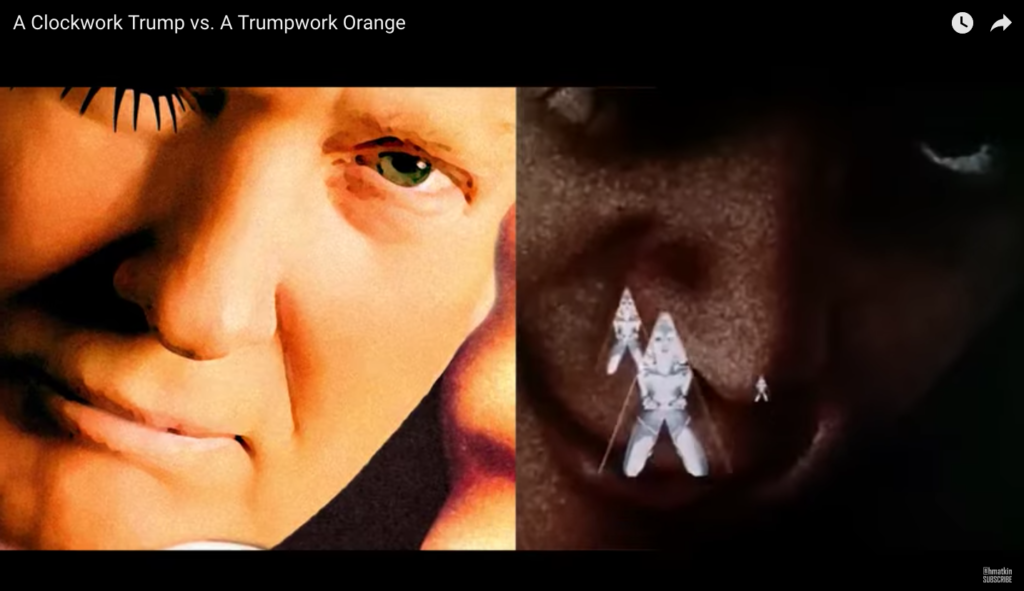 Donald Trump parody video ‘A Clockwork Trump vs. A Trumpwork Orange’ has now been ripped down by YouTube.  And the author is getting sued in federal court.  But aren’t parodies protected under copyright law?

YouTube has just ripped down a video comparing Donald Trump to A Clockwork Orange, citing a copyright complaint.  The complaint came from Wendy Carlos, a composer of the film’s soundtrack.  Carlos, who also composed music for notable films like The Shining, executed the takedown via a DMCA demand through intermediary Serendip LLC.

Serendip LLC isn’t messing around.  After filing a counter-notice to the DMCA takedown request, Atkins is now being sued for his use of the Carlos’ music in a US District Court.  “Unbeknownst to, and without permission or license from Serendip, Defendant made derivative use of Wendy Carlos’s music arrangement and master sound recording works of the ‘William Tell Overture’, in the soundtrack of Defendant’s video, entitled ‘A Clockwork Trump vs. A Trumpwork Orange’,” the filing reads.

“As a direct and proximate result of Defendant’s infringement of exclusive rights under Serendip’s copyrights for the music arrangement and sound recording works of ‘William Tell Overture’, Serendip is entitled to statutory damages for each copyright.”

Serendip says Atkin failed to secure both synchronization and master license licenses for the parody.  Those licenses, according to the complaint, would cost roughly $60,000 to secure.

Perhaps more importantly, the cost for infringing on copyright is $150,000 per work.  At two license violations, that comes to $300,000.  Atkins may face that penalty if a judge rules against him.

The teardown and lawsuit is raising fresh questions about whether parody is indeed protected by copyright law.  Or, whether substantial uses of copyrighted material constitute grounds for a complete rip-down.  The ‘Clockwork Trump’ YouTube clip employs plenty of snippets from A Clockwork Orange, though it also borrows heavily from Carlos’ version of William Tell Overture.

Atkin is obviously arguing that this isn’t infringement, though his parody makes no mention of the music itself.

Update: 5:30 am PT: Looks like another version of the Donald Trump video is back up, though we’re not sure if this is the original upload.  We’re still determining if this is because the counter-notification was indeed granted.

The teardown comes at a tense moment between YouTube and the music industry.  Outspoken critics like manager Irving Azoff have blasted YouTube for failing to compensate artists properly, while YouTube says its takedown system is effective.  Now, it appears that copyright owners are taking matters into their own hands.