15 Hit Songs That Were Written In Less Than an Hour 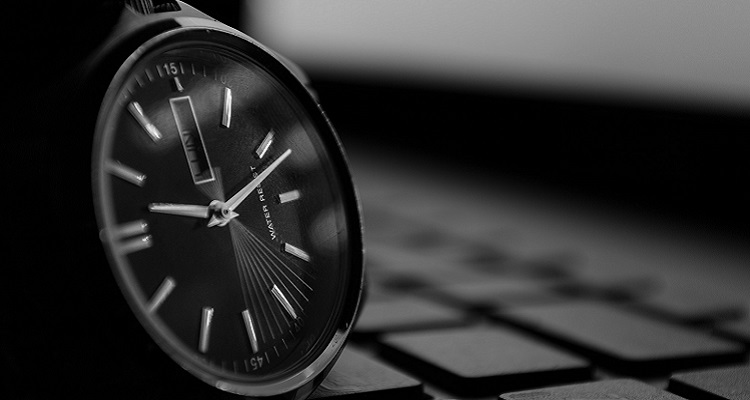 Image by Uditha Wickramanaya (CC by 2.0)

Songwriting and production is a delicate, time-consuming process. Other times, however, it’s done in just a matter of minutes. Just ask Adele, Kanye West, U2, R.E.M., or the Beatles.

Today, we’re looking at songs written in just a matter of minutes, or in less than a day.  We were pretty surprised after looking into this, to say the least.   Take a look.

Written in less than 10 minutes.

Sometimes, songs are written very, very fast. Just check out Adele’s Skyfall, the opening for the Bond movie of the same name. According to producer Paul Epworth, actual song lyrics were written within 10 minutes.

“After writing a piece of music that Epworth believed could be the tune for the Bond theme, the producer thought, “This could be the song.” Epworth told Hollywood.com that he then rang up Adele, “and said, ‘It might be too dark.’ And she said she loved it.” The pair immediately went into the studio and within 10 minutes she’d put down the first draft of the verse and chorus. “She had the lyrics ready in her head when she drove over. It was the most absurd thing. She’s fast, but it was really quite phenomenal.“

The song is based on one of the most popular structures in rock and roll, the 12 bar blues progression. Blue musicians used “Rock and roll” to describe sex.  Song Facts says the following about Led Zeppelin’s song:

“Infused with creative energy, they put “Four Sticks” aside and started working on this new song, which they called “It’s Been a Long Time.” Jimmy Page blasted out a guitar part, and the bones of the song were completed in about 30 minutes.”

Inspiration comes to us in different ways. But how about dreams? Paul McCartney wrote the beloved song Yesterday for The Beatles. However, the song idea came to the singer through a dream.

In a radio interview, he said,

“If I had to answer one song it would have to be ‘Yesterday’ because it came to me in a dream and because 3,000 people are supposed to have recorded it.

That was entirely magical – I have no idea how I wrote that. I just woke up one morning and it was in my head. I didn’t believe it for about two weeks.”

5. Taylor Swift – “We Are Never Ever Getting Back Together”

The national anthem used by many people during a breakup.  But Swift didn’t conceive the song out of a personal experience with a break-up. She told Digital Spy,

“Randomly this guy walked into the studio who I had never met before – but I heard of him through my ex – and he made some comment about how he’d heard that we were going to get back together.  That was not the case!  After he left I explained the story to Max and said, ‘We are never ever getting back together’ and someone said we should write that.  I just grabbed the guitar and it just happened very randomly. It was hilarious – we wrote the song in 25 minutes.”

Written in about 10 minutes during soundcheck.

This song deals with the group’s sudden rise to fame, and the negative effects that came with it.  The group composed the song during a soundcheck for a show at the Corner Hotel in Melbourne.

“There’s an employee here at Third Man named Ben Swank, and he was with us on tour in Australia when I wrote that song at soundcheck. I was playing it for Meg and he was walking by and I said, ‘Swank, check this riff out.’ And he said, ‘It’s OK.’ ” Ben Swank, by the way, is a former member of Stripes garage contemporaries The Soledad Brothers, and one of the nicest men in ‘the business.’”

Another dream, another song.  According to interviews with the singer, Billy Joel got plenty of song ideas from his dreams.  The problem?  He struggles to remember them.  With The River of Dreams, he woke up with the song, but didn’t want to write it. He reportedly told Howard Stern in 2010.

“I thought, Who the hell am I to try to pull off this gospel song, so I took a shower to wash this song away. I sang it in the shower and knew I had to do it”

This classic tune describes frustration with everyday life. According to an article in The St. Peterburg Times, Keith Richards woke up in his hotel room.  He had the guitar riff and lyric, “Can’t get no satisfaction.”  Earlier that day, 200 fans got into an altercation with police officers at their show.  He recorded the song in 40 minutes, and went back to sleep.  The original recording contained the guitar riff “followed by sounds of him snoring.”

Written in about 10 minutes.

40 was the last song written for their 1983 album, War. U2 apparently used an extra week of studio time. Bono opened the Bible, read Psalm 40 of Psalms of David, and put the music.

How’s that for biblical inspiration?

Written in about 10 minutes.

The title is a Southern expression that means “At my wit’s end.” This means that things are so bad that you could lose your religion, and in another person. The band says the title isn’t related to religion or loss of faith, however. The group wrote the song during a 10-minute burst of playing with a mandolin. Peter Buck claimed,

“When I listened back to it the next day, there was a bunch of stuff that was really just me learning how to play mandolin.”

Written in about 20 minutes.

In this song, Beyoncé urges women to dump their boyfriends if they don’t propose to them. According to producer The-Dream, the singer recorded the track in just 20 minutes.

“When Bey came in, she had that smirk that I see when I know a record is happening.”

Written in about 12 minutes.

Ray Charles improvised this song onstage at a club in Brownsville, Pennsylvania in 1958. The singer played every song he knew. Unfortunately, he still had 12 minutes left to go. The singer remembered,

“I had sung everything I could think of. So I said to the guys, ‘Look, I’m going to start this thing off, I don’t know where I’m going, so y’all just follow me.’ And I said to the girls, ‘Whatever I say, just repeat after me.’”

Written in ‘about five minutes’.

According to Adam “MCA” Yaunch, they wrote the song as a “goof” on dumb rock songs.  In the music video, the group parodied drunken frat boys.  Yet, once the song came out, they had a new fanbase of frat boys. Beastie Boy Mike D said,

“It was summer 1986.  We wrote it in about five minutes.  We were in the Palladium with Rick Rubin, drinking vodka and grapefruit juice, and ‘Fight For Your Right’ was written in the Michael Todd Room on napkins on top of those [expletive] lacy tables.”

Written in an afternoon.

While the lyrics are abstract, the song is about a young woman who watches a movie after an argument with her parents. Bowie recalled,

“This song was so easy.  Being young was easy.  A really beautiful day in the park, sitting on the steps of the bandstand. ‘Sailors bap-bap-bap-bap-baaa-bap.’  An anomic (not a ‘gnomic’) heroine.  Middle-class ecstasy.  I took a walk to Beckenham High Street to catch a bus to Lewisham to buy shoes and shirts but couldn’t get the riff out of my head.  Jumped off two stops into the ride and more or less loped back to the house up on Southend Road.

Workspace was a big empty room with a chaise lounge; a bargain-price art nouveau screen (‘William Morris,’ so I told anyone who asked); a huge overflowing freestanding ashtray and a grand piano.  Little else. I started working it out on the piano and had the whole lyric and melody finished by late afternoon.”

15. Queen and David Bowie – “Under Pressure”

In a collaboration with David Bowie, Queen recorded the song at an impromptu session in Montreaux, Switzerland.  The lyrics deal with how pressure destroys lives, but love is the answer.