Judge Allows “We Shall Overcome” Lawsuit to Move Forward 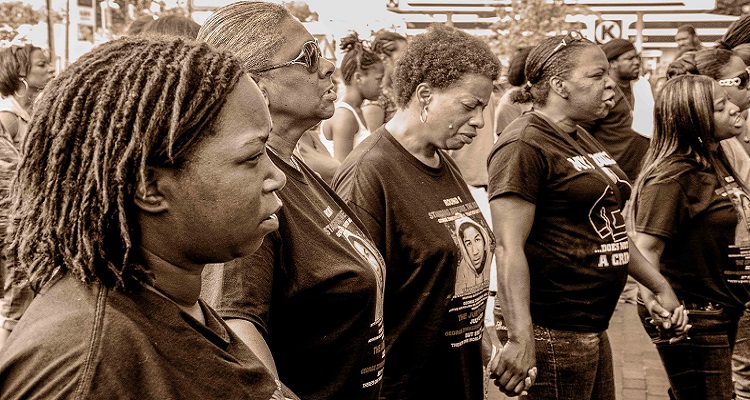 Image by Gee Double You

Shall We Shall Overcome, actually overcome?

Earlier this year, We Shall Overcome Foundation filed a lawsuit against Warner/Chappell to free the song We Shall Overcome. This song is actually a 19th century spiritual, according to the foundation. Pete Seeger’s version copyrighted in 1960 and 1963 includes only minor alterations.

Now, the Hollywood Reporter writes that a New York federal judge rejected a publisher’s bid to dismiss the lawsuit. The judge ruled that the plaintiffs have “plausibly alleged that lyrics in the first verse…were copied from material in the public domain.” The judge also said that the plaintiffs plausibly alleged that “there’s been a fraud on the U.S. Copyright Office.”

“[These] allegations of fraud are sufficiently specific, and provide enough information from which to infer the requisite intent, to survive a motion to dismiss.”

Warner/Chappell backed off from ownership claims over Happy Birthday to You after failing to prove they didn’t own the rights. The publisher claimed millions of dollars in copyrights over the years before a judge struck down their claim. The same legal team from that lawsuit is now representing the We Shall Overcome foundation.

The song in question is a protest song that became a key anthem during the African-America Civil Rights movement. According to the plaintiffs, striking tobacco workers used the African-American spiritual. Seeger published a periodical in 1946, with authorship credited to FTA-CIO Workers Highlander Students.

Seeger explained his reasoning for seeking a copyright.

“In the early ’60s, our publishers said to us, ‘If you don’t copyright this now, some Hollywood types will have a version out next year like, ‘Come on Baby, We shall overcome tonight.’”

Also joining the lawsuit is the production company behind Lee Daniels’ The Butler. The publisher told the company that they would charge a $100,000 payment to use the song “as it wished.”

Ludlow Music and The Richmond Organization asserted that the copyrighted version was original enough to merit protection. Lawyers representing them note that 100% of the royalties go to the Highlander Research and Education Center.

These claims were insufficient for District judge Denise Cote. She wrote,

“The copyrighted work differs from the 1948 version by only three words: (1) ‘we’ll’ for ‘I’ll’; (2) ‘shall’ for ‘will’; and (3) ‘deep’ for ‘down.’ The Plaintiffs have also plausibly alleged that the individuals listed on the 1960 copyright registration are not the authors of the changes that were made to the three words in the Song’s first verse. If they are not the authors, the Defendants cannot claim copyright protection. The Plaintiffs allege that the author of the underlying work is unknown, that it is unclear who changed ‘will’ to ‘shall,’ and that a Black tobacco worker named Lucille Simmons changed ‘I’ to ‘We.’ Simmons is not listed as an author in the application to register the copyright for the Song.”

Ludlow Music and The Richmond Organization are fighting another court case. Brooklyn band Satorii filed a lawsuit in September over This Land is Your Land.