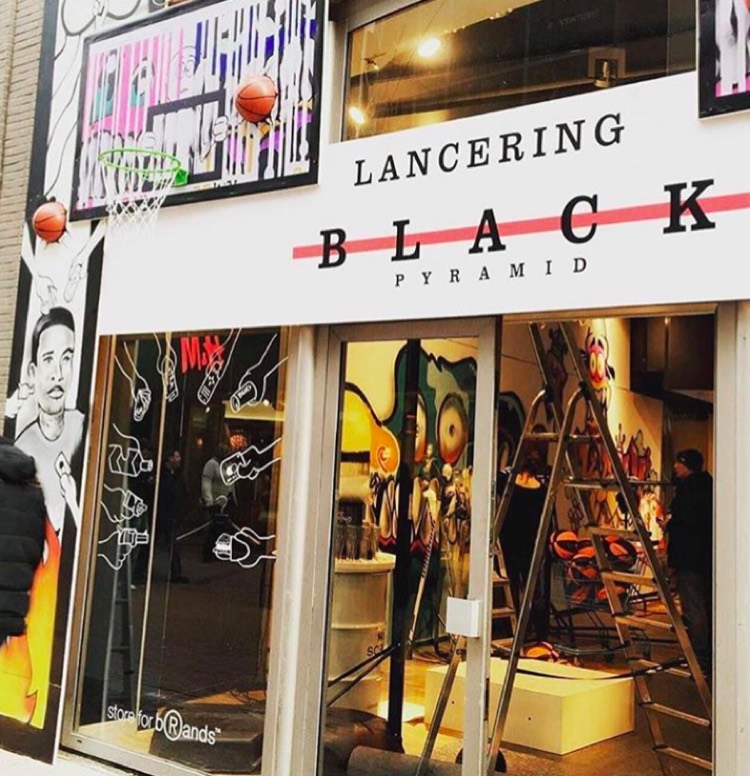 Chris Brown is rapidly diversifying into fashion with a physical store opening in Amsterdam.  The Black Pyramid shop is part of a broader European expansion.

Update, Friday AM: the opening party was last (Thursday) night, Amsterdam time.  Looks like it went well (we’ll be posting pics below).  The picture above shows the store during pre-party preparations.

Chris Brown is now opening a fashion boutique in Amsterdam, according to details shared by the singer.  The store will focus on the singer’s Black Pyramid fashion line, and be located at 101 Kalvertraat (see above).

The uber-hip store is an urban fashion statement, with Black Pyramid and other items for sale.  At this stage, we’re not sure of the exact mix of items being sold, though plenty is available online at blackpyramidclothing.com.  Additionally, Chris Brown has been showcasing new items on his Twitter feed. 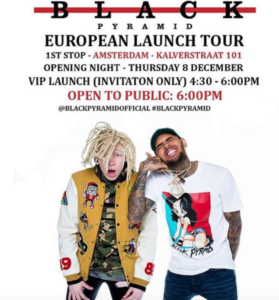 The opening is basically kicking off right now (Thursday night) in Amsterdam, starting with an invite-only party (update: the party’s over, but looks like it went well).  For some reason, Digital Music News’ handwritten invitation got lost in the mail, as did our fitted Black Pyramid samples.  But anyway…

The invite-only portion of the event was a quick 90 minutes, with doors open to the public at 6 pm Amsterdam time.

Just how long the shop will remain at that location is unclear.  It could be a ‘pop-up shop’ for the holidays, an increasingly common phenomenon to test concepts and capture seasonal demand.  Accordingly, the invite states that this is part of a ‘European Launch Tour,’ with Kalverstraat the ‘1st stop’.

The move represents another diversification by a high-profile musical artist.  Performers like Chris Brown are increasingly viewing themselves as celebrities instead of musicians, and exploiting that as broadly as possible.  Indeed, urban, rap, and r&b artists have been leading this charge for decades, with fashion, fragrances, headphones, and even entire companies falling under an artist’s purview.

So what is Black Pyramid all about?

Here’s how the site describes the line:

“Offering a fun and high-end alternative to an all-too-serious fashion world, Black Pyramid aims to establish itself as one of the most recognizable and influential fashion lines around the world.  Opening new doors and providing quality product and access into the life of one of the world’s most celebrated artists, Chris Brown.”

Other European cities have not been announced.  Here’s a quick picture of the opening party. 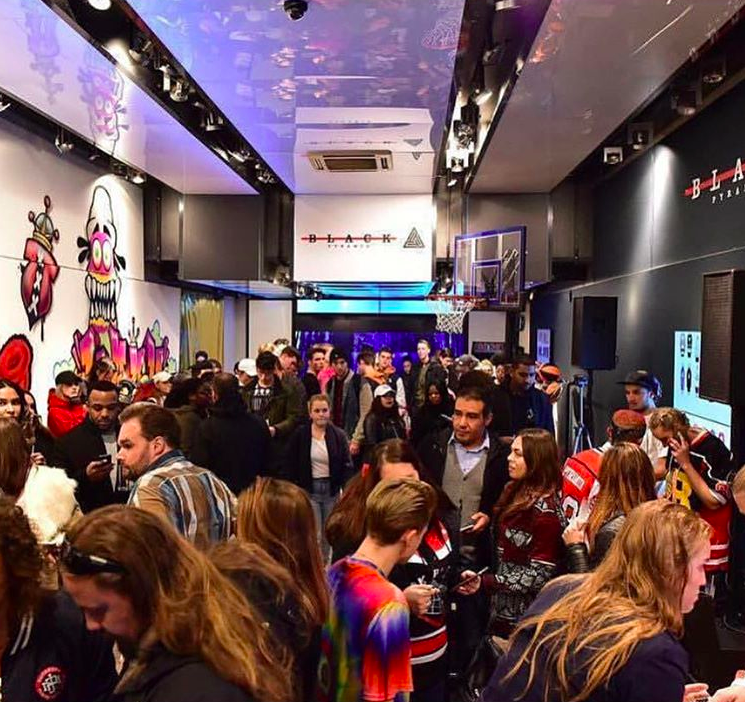 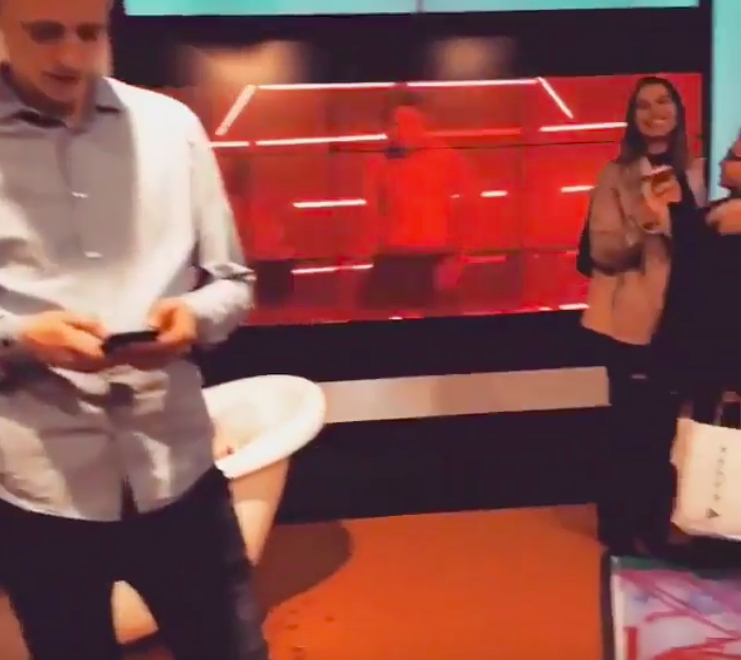 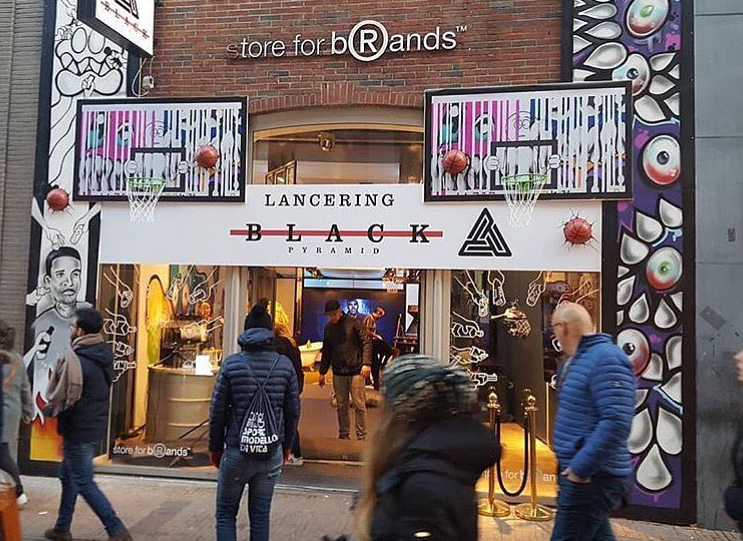