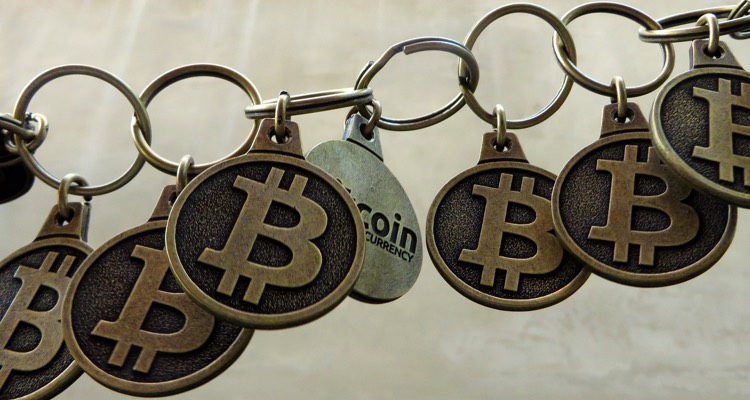 The challenge with using the blockchain for music isn’t a technological one.  It’s a set of interlocking business problems that have been around since the beginning of music licensing…

I’m sitting in a darkened, smoky room drinking with the dons of the music publishing mafia.  OK, it’s not really smoky because you can’t smoke in London pubs anymore and they aren’t really the mafia.  They’re rather nice people actually.  But the five men and two women around this table, drinking gin and real ale, do run the most important aspects of the music industry.  That would be the publishing and performance royalties paid to artists around the world.

They’re industry veterans in senior roles at some of the larger western Performance Rights Organizations (PROs).  That’s a critical link in the notorious global infrastructure that apparently causes “artists to lose up to 86 per cent of the proceeds” paid to musicians for their work.

So what am I doing with these shadowy figures that lurk behind the massive conspiracy to keep artists from getting paid? We’re geeking out about the blockchain.

On the surface, it’s a clever and worthy idea.  Use the technology behind virtual currency Bitcoin to fix one of the longest running problems in the music industry: paying artists fairly for their work and to cut through the Gordian knot that is music licensing rights.

The concept of blockchain technology is a revolutionary idea. It uses a clever cryptographic conceit to change how contracts between buyers and sellers work, using transparency and distributed networks to bring accountability and speed to commercial transactions.

(Here’s a great introduction to the format.)

The challenge with using the blockchain for music isn’t a technological one.  It’s a set of interlocking business problems that have been around since the beginning of music licensing.  Music remains one of the most complicated copyright environments.  And for any blockchain-based start-ups to work, the following issues need to be overcome:

The inertia of key players who benefit from the chaos

This is where I’m not really willing to defend my drinking companions around this table.  The PROs and the labels and publishers, artists and composers they represent, have failed to figure this out and it is inexcusable that it takes months and years to pay out royalties to artists and composers. If they ever get paid at all. They deserve to be “disrupted” and many people in this room agree with that. They (well, some of them) want to see this change too.

So why haven’t they done it?

1. A legacy of bad data practice

Record labels, big and small, have typically failed to keep proper records for the artists they sign.  Contracts have always been excessively complicated. There were very few standards and these were often flouted by labels, leaving data entry to interns and IT departments. This, more than file-sharing and Napster, is what brought the global music industry to its knees and implode when music went digital.

This doesn’t go away when you move the infrastructure to the blockchain; if anything, it gets worse and will cost millions to fix.  This is why most blockchain initiatives start fresh and don’t look back.  However, most of the money to be made is in that catalogue of legacy music. And the biggest rights holders aren’t willing to share it.  This is the toughest problem that the blockchain has to overcome to truly impact the music industry.

There are thousands of PROs worldwide and getting them to do anything collectively is like getting a basket full of kittens to organize a football match.  It took GEMA — who represent German rights holders — more than seven years to re-license music on YouTube, leaving money on the table for its members as they wrangled with Google’s formidable legal team.

Do you think they are going to move any faster for a start-up that is trying to change the way their business works?  Pressure from artists and from start-ups hasn’t been able to get them to move at anything faster than a glacial pace.

3. Consumers’ willingness (or lack thereof) to pay for music

The other elephant in the room is still that consumers assume that music is free. Most of Spotify’s users, for example, are on the “free” tier of the service. Aside from a small but growing group who pay monthly for access, the only people left paying for music are brands and businesses using music to sell other things.

Apple, Amazon and Google are all using music as a loss-leader to sell their other products.

Synchronization rights — mapping music to visual media like film, television or advertising — is one the few areas where there is still room to grow a music business.  And this is probably the best soil for the blockchain hopefuls to plant their gardens.

So why am I skeptical about the latest crop of blockchain start-ups raising money to “disrupt” the music industry? Why am I not backing these rebel forces who promise to liberate artists from the shackles of the evil music publishing empire?

It’s actually pretty simple. Because most of them are raising money from venture capital (VC) companies.  We tend to lionize individuals and believe the money-raising hype.  The business press loves to get behind in profiles about “founders” and “disruptors.”

Benji Rodgers, co-founder of Dot Blockchain Music, one of the hopefuls, is also a pragmatic.  He’s trying to build a start-up on the blockchain technology.  But he’s also smart enough to know that he can’t do it alone.

As Benji rightly points out, the blockchain isn’t about a single company finding a fix.  It’s about the key players getting tighter behind a foundation.  It will take years and probably some government intervention if we want it to move faster. The solution we’re seeking is closer to how ICANN – the privately run but non-profit organization that manages internet domains and addresses – works than it is to a Silicon Valley or London start-up.  A shift like this is akin to getting the world to move to the metric system, which isn’t going to be achieved by a Steve Jobs-like figure who will magically solve this problem and build a new system overnight.  This is about laying the bricks, mortar and plumbing of a new music industry.

So what is the solution that we should believe in?

I’m watching less sexy but essential groups like the Open Music Initiative and the resolutely non-profit MusicBrainz to help work this out. (Disclosure, I sit on the board of MusicBrainz. I have a vested interest in avoiding handing this over to vested interests).

The framework they are building isn’t VC funded.  It’s an open source framework that other companies (including VCs and people like Benji) can built businesses on.  Standards groups in the digital music industry are notoriously fragile (ask anyone who worked with DDEX or GRiD) and there are plenty of risks.

It’s going to be a long, hard battle, and the blockchain is not a silver bullet. I’m going to remain skeptical of the technology as a foundation until we start seeing some real industry cooperation in building this groundwork and some support at the legislative level. But the music industry needs it if we’re ever going to have its Gordian knot cut once and for all.

Matthew Hawn is Head of Product at Audio Network, a music publishers focused on synchronization licensing for film, TV, and advertising.