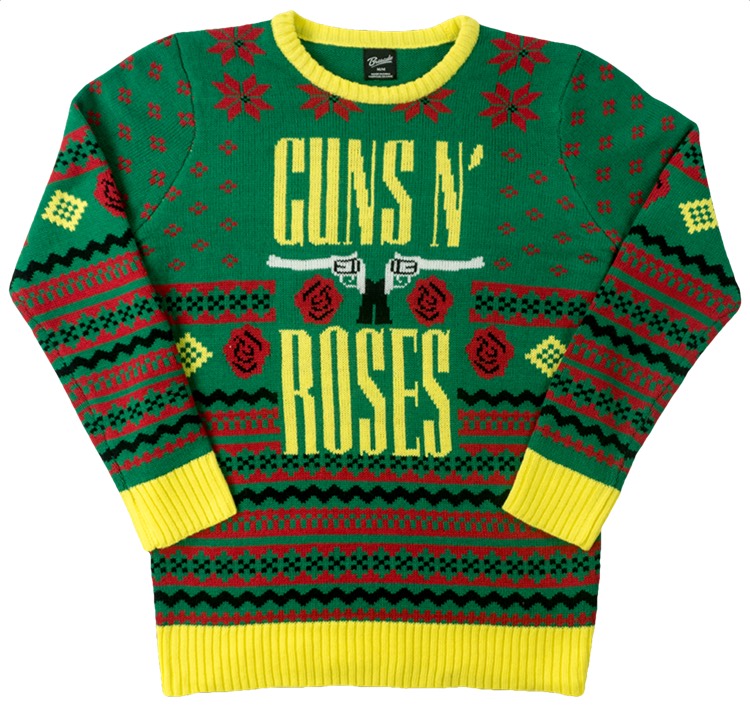 The modern-day ironic ritual of Ugly Christmas Sweaters has now taken a strange turn.  On the heels of a sold-out reunion tour, Guns n Roses has now turned their attention to another impossibility.  The result, pictured above, is a knitted monstrosity that might make life of your Ugly Christmas party.

The sweater is $60, if you want it now.  Or, you can enter this sweepstakes to get a free one.  The only catch is that more than 131,000 people have already entered.  As of this writing, there are less than two days left before the drawing.

The contest is being run by Tunespeak.

The Ugly Christmas Sweater is part of a broader merchandise blitz for G n’ R.  Which itself is part of a massive, worldwide tour, one most Guns n Roses fans never thought they’d see.  Accordingly, the ‘Not In This Lifetime‘ tour was born, and quickly passed $1 million in pre-sales.

That follows a massive, Latin American tour by the band, including a Trump-bashing show in Mexico City.  At that bloodfest of a gig, fans were invited to bash a giant piñata modeled after the President-Elect.  We’re not sure if something similar will be staged at US, European, or Japanese gigs.

And, speaking of Ugly Christmas Sweaters, we’d be remiss if we didn’t include this entry from Snoop Dogg.  This popped up a few years ago, suggesting a bigger trend among big-name artists. 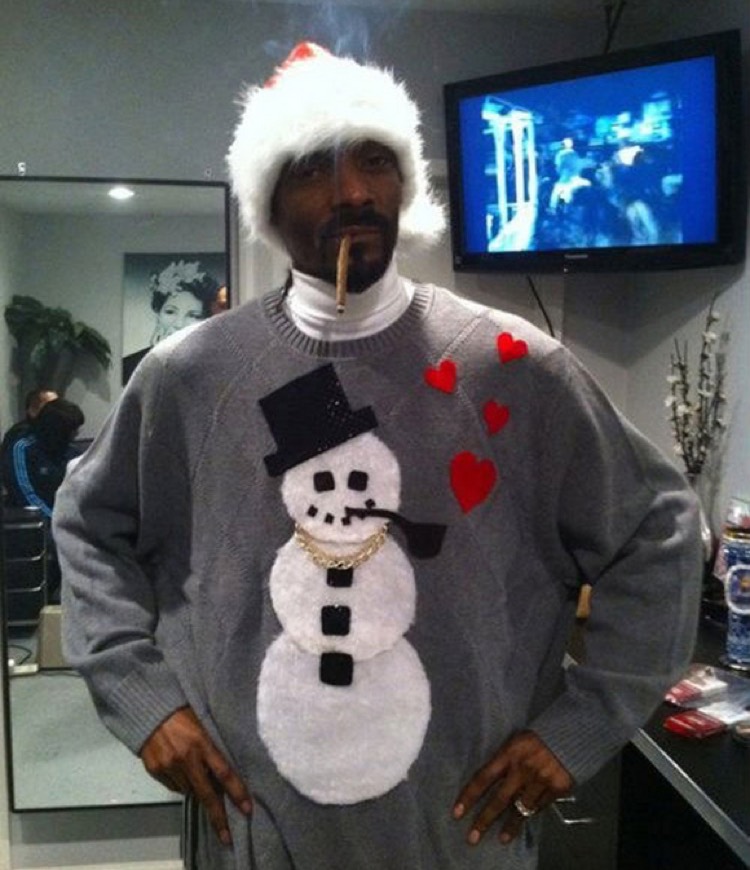